Much has been made of the Shane Walsh free kick against Derry in the semi-final of the All-Ireland that sailed clearly over the bar but wasn't given by HawkEye.

There was talk that the Tribesmen were going to refuse to come out at half time, the pundits on both Sky Sports and RTE were up in arms about the decision, and it was bizarre situation for everyone involved.

Thankfully, the point was awarded before the teams came out for the second half, meaning that it was all square between the Ulster and Connacht champions. 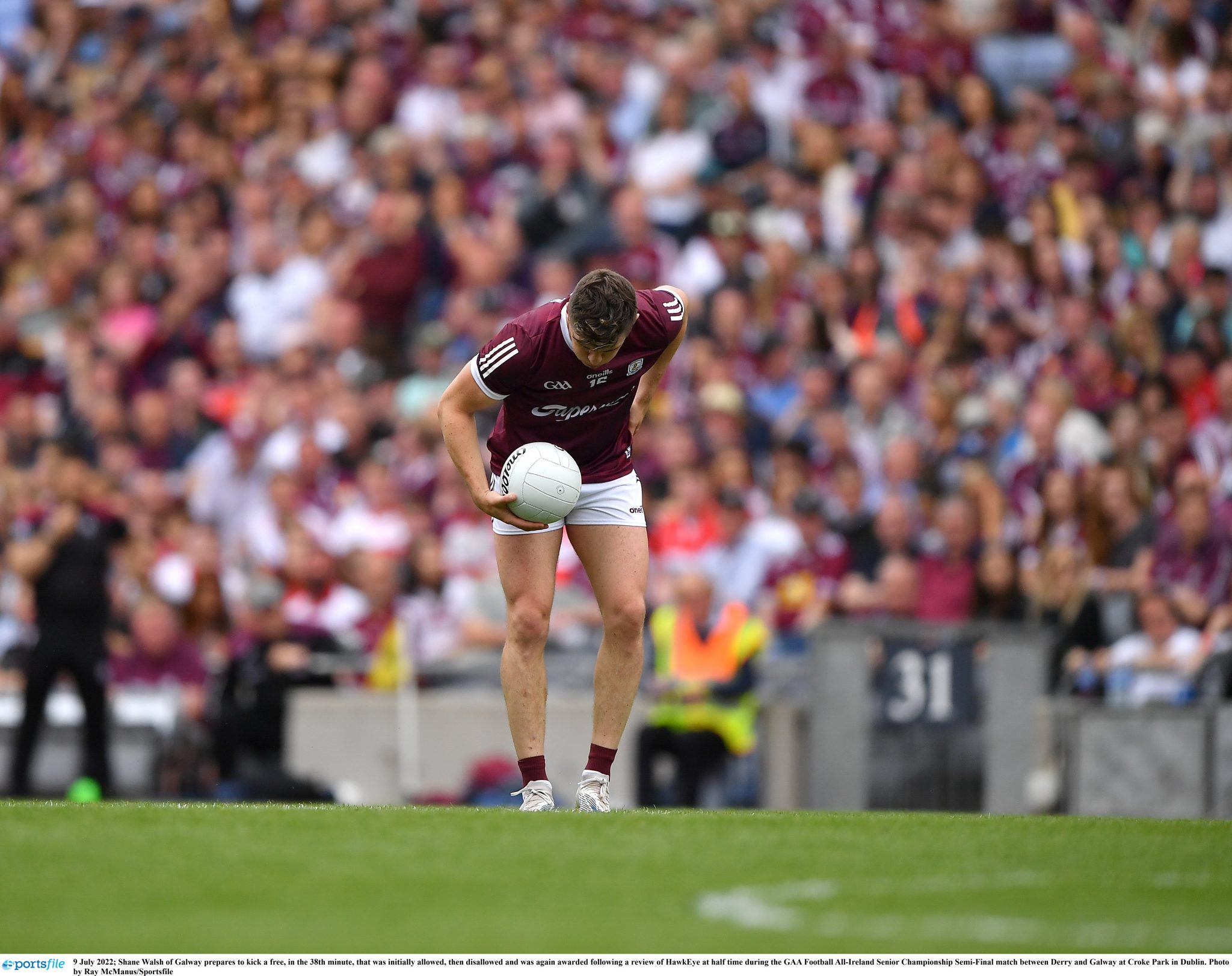 However, another oversight has just been highlighted by the Oakleaf midfielder Conor Glass on RTE Radio One, who reveals that his side weren't even told or made aware of the fact that the point had been awarded.

"It was a big grey area. I actually didn't realise (that the previous point was added on) until they went a point up after Shane Walsh's free kick five minutes into the second half.

"When he did score - pre-half-time - I was standing under the crossbar and it was clearly over the bar. So I was a bit confused obviously with Hawk-eye. 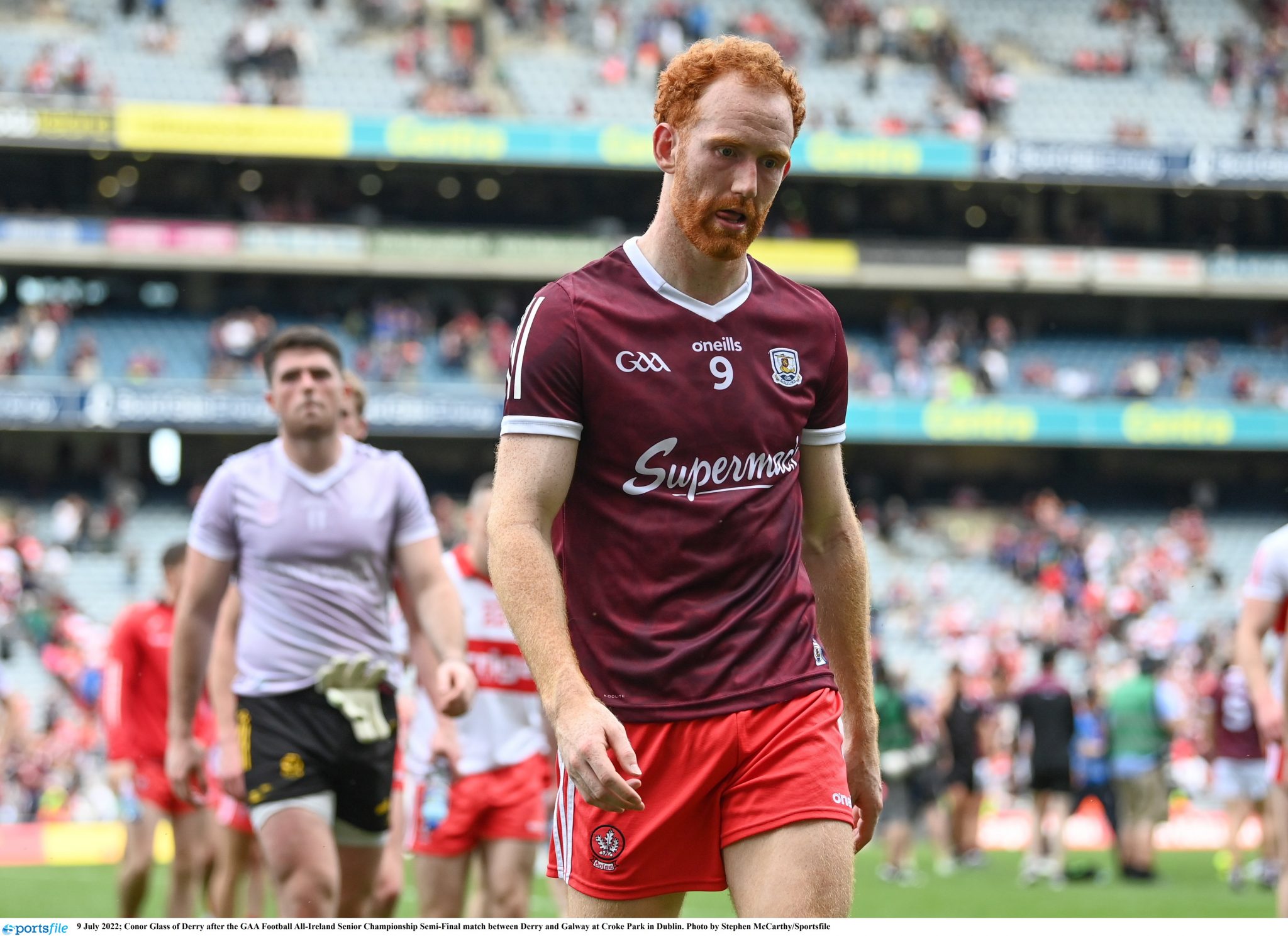 "It wasn't communicated very well, either to the Derry staff or even the referee or GAA officials, that the point was added back on. The players didn't have a clue that it was.

"It is obviously off-putting. Look, I'm not going to sit here and say that if we'd started the second half a point up, it would have made a big difference, because our second-half performance wasn't too great. 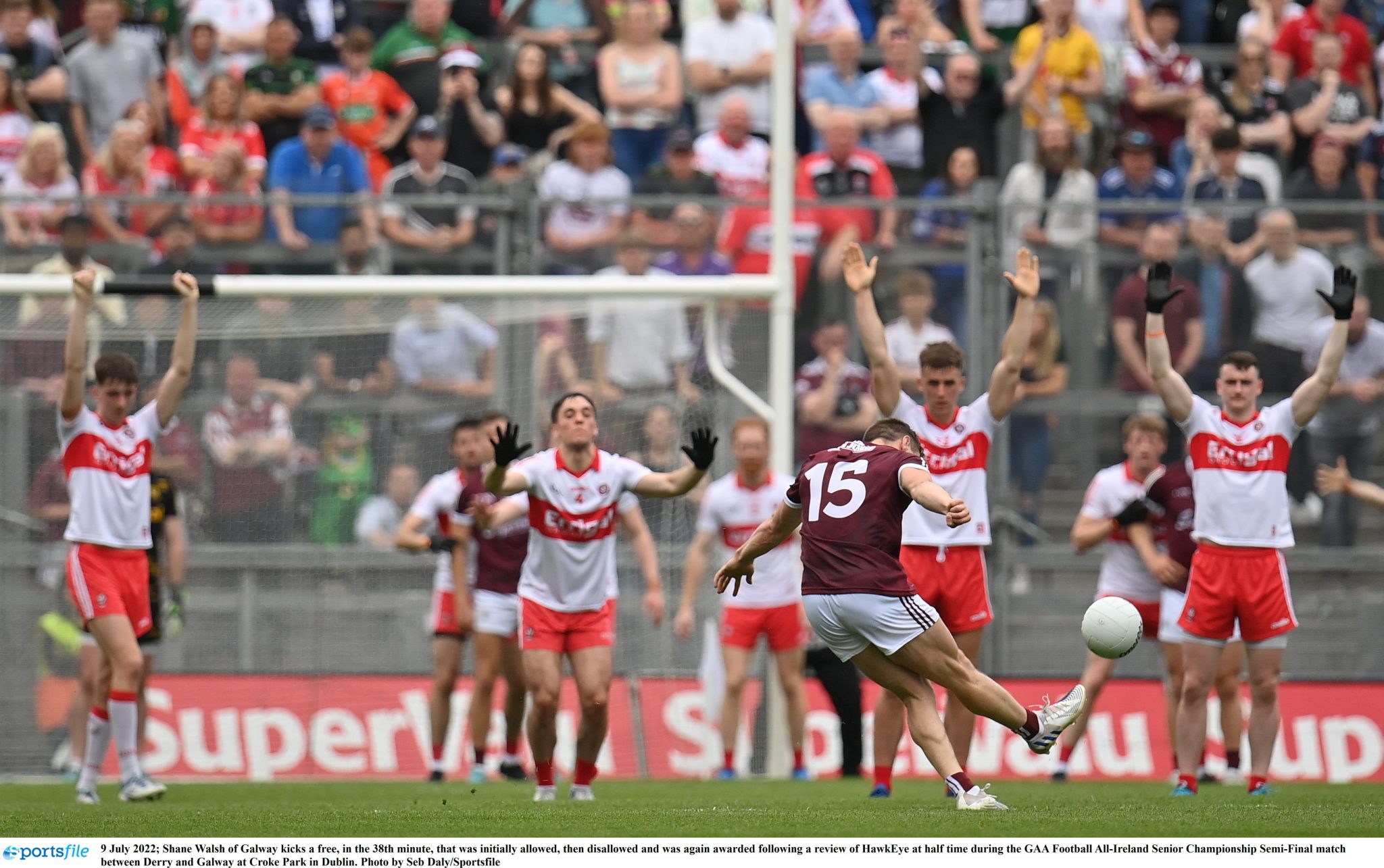 END_OF_DOCUMENT_TOKEN_TO_BE_REPLACED

"But elite sport is about fine margins and if we had that lead going into the second half, it could have changed the dynamic of the game.

"In the heat of the moment, it wasn't communicated well and it wasn't dealt with well by the players ourselves."


popular
Ballyhale's Colin Fennelly felt Ballygunner's victory speech was disrespectful
Brazil star responds after Roy Keane slates dancing celebrations
Samuel Eto'o involved in an ugly confrontation with fan outside World Cup match
Roy Keane handled Gary Neville’s goal celebration as most Irish fans would
Rory McIlroy explains 'falling out' with Shane Lowry that lasted a few years
World Cup 2022 Day 16: All the major action and talking points
Roy Keane reacts to Brazil's jubilant celebrations in first half demolition job
You may also like
3 weeks ago
The ultimate Gaelic football quiz 2022
3 weeks ago
Munster, Connacht and Ulster GAA clashes stack your TV guide this weekend
1 month ago
Jamie Clarke takes sabbatical from soccer to commit to Crossmaglen
1 month ago
Paul Finlay reveals secret to high performance in your late 30s
1 month ago
The one moment that shows why David Clifford is the best player around
1 month ago
Quiz: Can you name these intercounty GAA teams from their nickname?
Next Page