"It was a meltdown, systems failure everywhere" - Brian Dooher on using the Kerry defeat as a learning curve

"You had to doubt yourself."

Brian Dooher has only been in the job a hot minute, but has probably experienced more this season alone than most county managers do in their whole career.

From suffering heavy losses too pulling off big upsets, coping with pandemics, making huge decisions on player welfare and replacing the greatest manger his county has ever had, a manager that he once played under.

It certainly hasn't been an easy road, but there's no doubt that the change of management has shaken things up and created an air of 'new beginnings.'

“I suppose you come in and there is maybe a freshness, something different. When Mickey came into us in 2003, it worked for us. I think it’s the players, maybe they realised they have a point to prove again, and maybe they’re out to prove a point to everybody.

"They want to get on the team, there’s a whole freshness from that perspective, maybe." 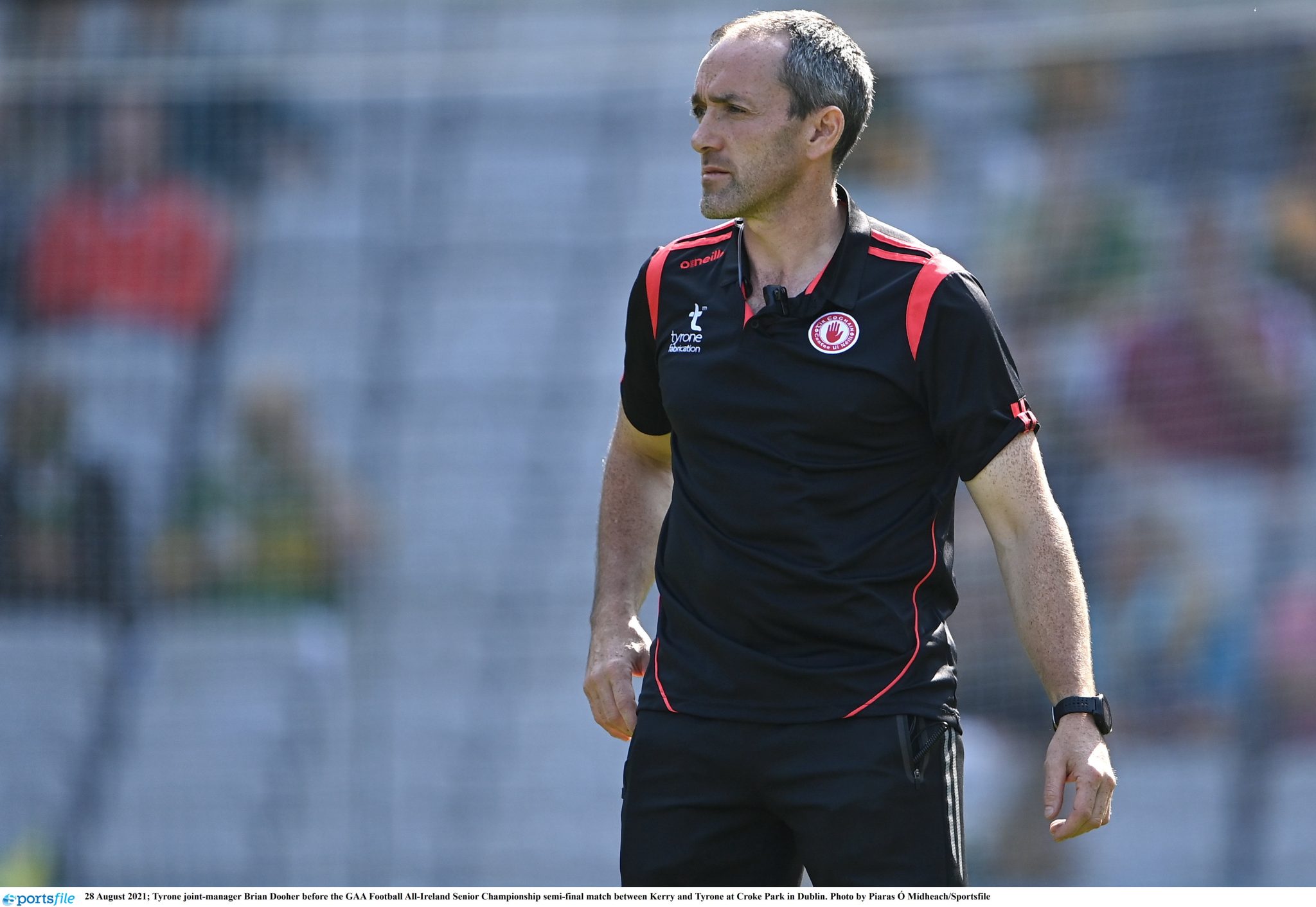 In the league semi-final against Kerry, Tyrone were completely dominated, leaking six goals and making costly mistakes in succession.

Dooher, admits that the Kerry game was very tough pill to swallow, but it did give them something to build on.

"You had to doubt yourself. It was a meltdown, more or less, systems failure everywhere.

END_OF_DOCUMENT_TOKEN_TO_BE_REPLACED

"Players also had to look at themselves, and thankfully they did. They took the learning on board, stood up and said 'This wasn't right, that wasn't right, should have done this, that, and whatever.'

“Work-rate is one of Mayo’s greatest strengths, particularly from the forward and midfield units never mind their defence. Their tackling and their intensity there and a lot of teams have experienced that this year.

"They held Dublin to 13 (sic 14) points, which a lot of people never talk about, no team ever held them near to that in normal time. That’s evidence of the work-rate that they put in all around the field, not just in defence, and they put up some big scores this year as well.”


popular
“Players flourished when Roy Keane left” - Rio Ferdinand on why Keane was a 'detriment' to Man United
"To be able to call myself the fastest man in Irish history is just amazing" - Olatunde overjoyed after record-breaking run
Specsavers troll former Liverpool star for Darwin Nunez headbutt claim
Jamie Carragher on the three Man United players Erik ten Hag can't trust
"I went up to the Italians and gave them a big auld shoulder" - Paul O'Donovan does it again
"There's a hole in the ceiling, about three-foot round" - Andy Townsend on life as Gazza's housemate
"It was unfair on the Galway backs” - Tomás Ó Sé admits that Kerry benefitted from unfair rule
You may also like
1 week ago
Down county football is in tatters, but Conor Laverty is the man to piece it back together
1 week ago
Referee mic was trialled during hurling final and proves why it should be introduced permanently
1 week ago
Colm O'Rourke belives that Shane Walsh should at least wait a year before making club transfer
1 week ago
Antrim star saves someones life in the morning and then scores 1-15 for his club in the evening
2 weeks ago
"I just can’t agree with it" - Darran O'Sullivan critical of Shane Walsh's transfer to Kilmacud Crokes
2 weeks ago
Mayo star scores an outrageous total of 1-17 in Chicago championship game
Next Page