"It's part and parcel, it’s a physical game" - Not everyone agrees with Kevin McStay's article about machismo in the GAA

"It’s a different type of violence."

Kevin McStay caused a stir in his latest Irish Times article claiming that Machoism is the biggest stain on the GAA.

He referred back to stories of being attacked on the pitch, losing teeth, breaking jaws, and various horror stories that no doubt were traumatic to be involved in.

He then compares his era of the '80s to the modern era of Gaelic football.

“I was working with Sean Cavanagh recently on The Sunday Game, before we went on air I asked him, if the game was meaner or dirtier now, than in my time of playing? I was sure he would say no, but he suggested that the dark arts of the modern game produces a meaner type of intimidation.

END_OF_DOCUMENT_TOKEN_TO_BE_REPLACED

Speaking on the GAA Hour, Colm Parkinson discusses the article, and his views on "machoism" in the GAA.

"I don’t know what they’re talking about here personally. Aaron, I would take it back to when I played the game, I would say I got a punch in the face maybe three times, and everybody knows I was a mouthpiece, and that’s in 20 years of playing. 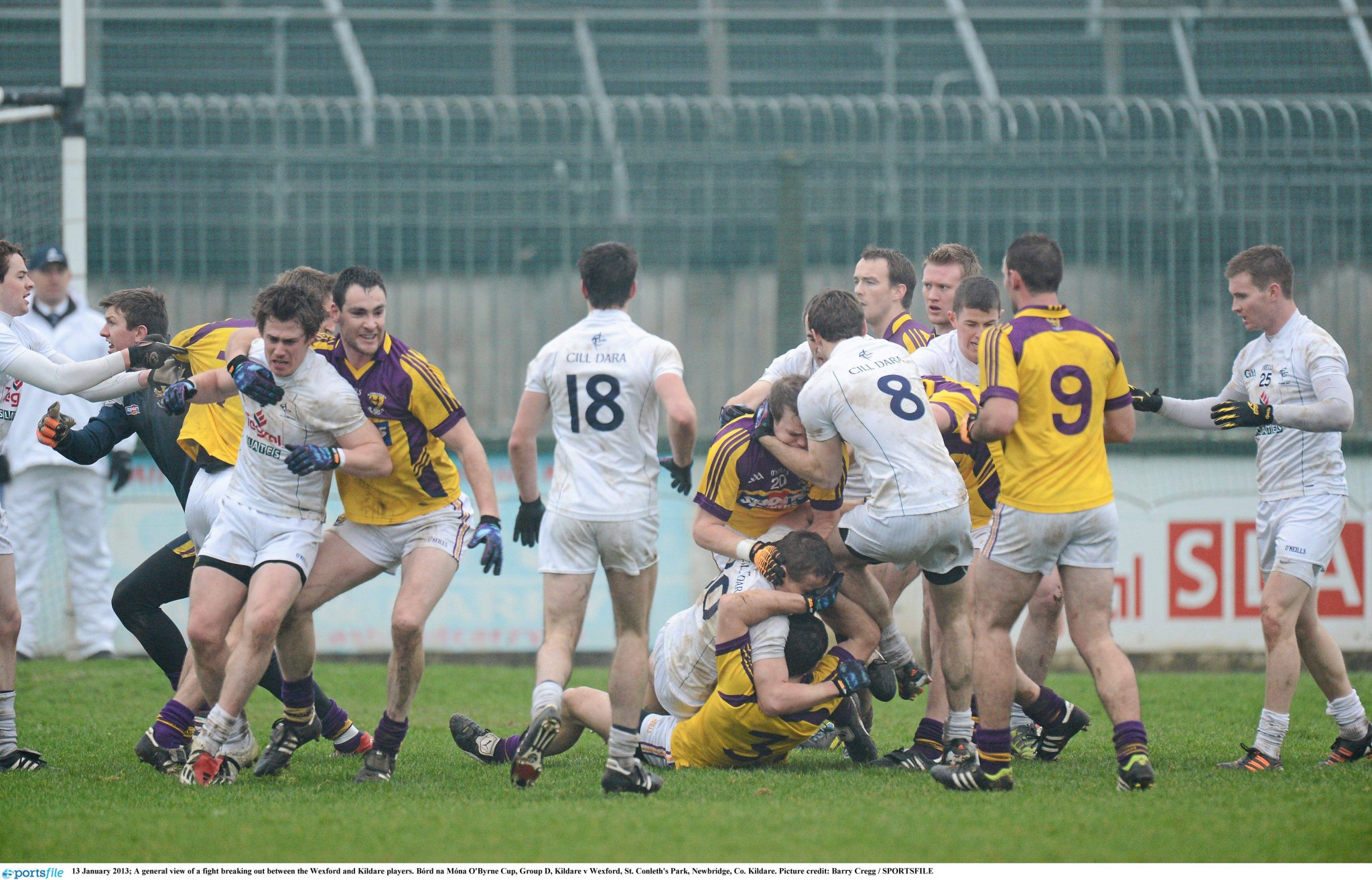 END_OF_DOCUMENT_TOKEN_TO_BE_REPLACED

"Like 99.9999% of GAA games go off in an incredibly sporting manner, and where is he coming out trying to, on the back of a John Small shoulder, which was an attempted shoulder, with horrible consequences, and this was being retweeted by people, maybe with an anti-GAA agenda, trying to paint GAA players in a kind of machismo.

"I’m surprised at Sean Cavanagh, like a ‘different type’ - it’s worse than the ‘80s now, we’re led to believe."

Former Armagh and Crossmaglen star Aaron Kernan was also on the show, and weighed in on the debate.

"To me, not at all. There’s no way you can compare the physicality that went on then, compared to what it is now. Yes, you do get a bit of verbals, and you’ll have someone swinging out, if you’re a county player in a club game.

"From my own perspective, it’s never crossed a level where I felt intimidated, or worried, or whatever.

END_OF_DOCUMENT_TOKEN_TO_BE_REPLACED

"It is part and parcel, it’s a physical game, you can’t expect to go out onto a pitch and be allowed to run up and down for the duration of a day, and nobody making contact with you.

"And especially if you’re a county player at club level, a club player has to make it as difficult as possible.

"Yes there absolutely are times when lines are crossed, in terms of whether that’s just verbally or physically.

"But in terms of the grand scheme of things in GAA, I wouldn't agree with the article in any way."


popular
The four stone-cold certainties for All-Stars even as early as this
"He's actually smiling putting the ball over the bar. He should nearly be fainting." - Ryall on Limerick's legacy
Eamon McGee just couldn't help himself with Armagh-melee tweet
"The economy was one of the big reasons" - Cadogan's move from an electrician to personal training
Gavin Coombes one of four Irish players to push themselves into Test picture
Kylian Mbappe reportedly wants PSG to sell Neymar
Full Ireland player ratings after Maori All Blacks teach us an early lesson
You may also like
2 days ago
'They’re a distraction' - Barry Cahill on players outside of the 26-man panel being on the pitch
2 days ago
Colm Cooper calls for "harsher penalties and more severe" punishments to stop brawls
2 days ago
Eamon McGee just couldn't help himself with Armagh-melee tweet
3 days ago
Roy Keane makes good on bet after seeing Cork fall to Dublin
4 days ago
Shane McGuigan does a 'Sueey' Cristiano Ronaldo would be proud of after winning MOTM
4 days ago
Glass half full as Derry's positive play produces five fantastic goals to reach All-Ireland semis
Next Page