"I'd say it was a funny sight in the warm-up, steam rising off our men"

For the footballers of Naomh Conaill, it feels like a year. Never mind the freshness the break should bring, the worry up in west Donegal is that the fortnight lay-off before their Ulster semi-final against Clontibret might leave them stale.

These lads are used to it hot and heavy you see.

October was a hectic time for them. Three county finals in the space of two and a half weeks. Almost four hours spent playing the one game. It even rolled into the next month too.

Eventually, on a frosty Wednesday night up in Ballybofey, former Donegal panellist John O'Malley struck the decisive blow. He sliced a worldie over from near the sideline with the clock ticking to take 'Glenties' to their first Donegal title in four years and to send the whole parish into delirium.

Congratulations Glenties, who after over three hours of football, are Donegal county champions for 2019 🏆 pic.twitter.com/oWNy8BVQcm

You'd better believe they celebrated it.

Yes, they had an Ulster championship game to prepare for just four days later but that was put on the back-burner for a while. This was their goal at the start of the year. They weren't going to be denied by a compact fixture calendar.

END_OF_DOCUMENT_TOKEN_TO_BE_REPLACED

"Look it, when Naomh Conaill win something, we party it out hard," said Dermot 'Brick' Molloy, the Naomh Conaill stalwart on Thursday's GAA Hour Show.

"The Wednesday night of the county final, we went straight through to early Friday morning. Then obviously there was a training session called of the Friday evening for us - so a lot of men landed to it half cut - but anyway..."

"There was no going to bed early on Wednesday or Thursday. We really enjoyed it, we put a lot of effort into it and you know we celebrated it hard. We did have to focus on getting to Sunday and getting over the line with the momentum that we'd gathered but in fairness, lads got the recovery in Friday and Saturday..."

"I'd say it was a funny enough sight in the warm-up, if you looked down at our group, the steam was rising off men down in Breffni Park," he added.

The steam was rising but the momentum was building too. Naomh Conaill shot out of the blocks to overpower Castlerahan and to advance to the Ulster semi-final.

How did they do it with such little recovery? A big part of it, according to 'Brick' is the huge effort they put in to their gym-work this year. 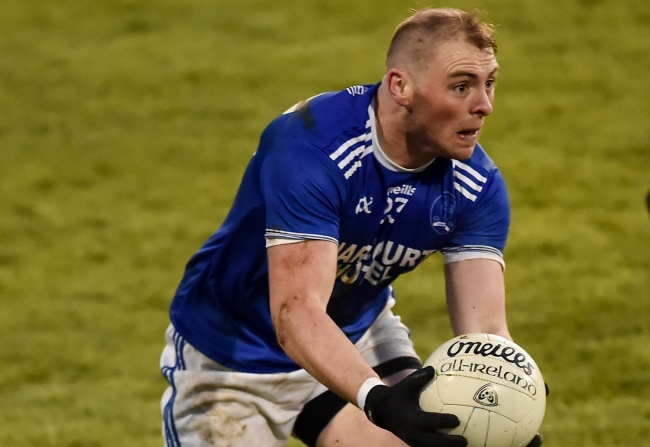 "I think it's the best shape a Naomh Conaill team have been in, in years. We've a load of gym sessions behind us, we really focused on that. We maybe let it fall to the wayside in recent years, we didn't really buy into it but in fairness, every man has made it to the sessions and the night before the county final, our conditioning coach told us there were over 400 gym sessions done collectively..."

"Looking at it the last couple of weeks, the bodies have stood up well and it's a credit to them boys..."

It just goes to show, if you train hard enough - enjoying yourself every now and again won't do much harm.


popular
"I was like, ‘My ear is hanging off my head. Can you not see that?!'"
The SportsJOE 12 o'clock quiz | Day 307
"Hang on lads, there is more to life outside of Dublin" - Connellan is a rebel with a cause
Japanese rugby players living off the classic Irish school lunch for pre-match-meal
QUIZ: How well do you know Manchester United players of the 2010s?
QUIZ: Identify the missing sponsors from these football jerseys
QUIZ: Name all 50 of these 2000s Champions League players – #4

You may also like
1 week ago
"If we moved we were dropped" - Good memories come flooding back for Ryan
2 weeks ago
"The more you win, the more motivated you become"
2 weeks ago
"Angry" Sligo manager McEntee calls on GAA to stand up to government and get some clarity for its members
3 weeks ago
"My thing was just to play the game, have the craic and enjoy it afterwards"
1 month ago
"There were some tough battles but I was happy to test myself against the best"
1 month ago
"The divil you know is better than the divil you don't" - Larkin stands by Cody
Next Page