"You're labouring the point, Joe."

What would The Sunday Game - in its current format - do without Colm O'Rourke?

He's the only one who doesn't seem to get bogged down (too much) in whether or not a game is enjoyable. He's the one that tries to analyse the players he's watching and not arrive with an agenda that he's going to shove down our throats. He's the one who keeps Joe Brolly in check.

At least he tries to. 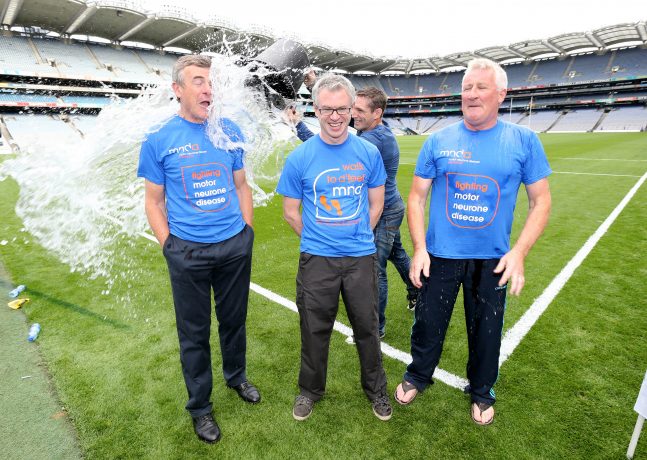 END_OF_DOCUMENT_TOKEN_TO_BE_REPLACED

On The GAA Hour podcast this week, the Meath man - the newly-crowned senior football championship winning manager - had a little laugh at the expense of his RTÉ colleague Joe Brolly.

O'Rourke claimed that the Derry native's principles are "completely movable" and that Brolly is "like the wind". That raises a whole host of issues because, in the last few years alone, The Sunday Game's controversial pundit has had a number of campaigns:

So O'Rourke is right in a sense when he's asked if he'd be interested in the Meath job. How the hell could he take that and leave Brolly to run riot?

"If I went to do that, sure who'd keep manners on Joe Brolly on The Sunday Game?" the Simonstown manager told Colm Parkinson on SportsJOE's GAA Hour.

"You couldn't expose the nation to him on his own, could you?"

And where did Brolly's love affair with Dublin come from? O'Rourke has a simple answer.

"You see, Joe would be like the wind - it changes around very often," he said.

"It could be Mayo next year, it could be Kerry. Joe will change anyway, we don't have to worry about him. His principles are completely movable.

"I think everybody wanted Mayo to win. I suppose we were all sort of half Mayo supporters for the championship and we'll probably continue to be. I do admire their resilience, I don't know how any man can get up and come back after what they have experienced. They are men of character."

Listen to the full brilliant interview on The GAA Hour below.


popular
"Johnno went, 'We’re not moving! You're trying to mess us about!'" - Ben Kay recalls red carpet controversy
"Some of the generals wanted me executed" - Irish rugby legend on flag caper that went wrong
Tommy Fury spotted having the time of his life at student night out
No Simon Zebo or John Cooney as Ireland gather 50 players for one-day camp
Peter Keane's future as Kerry manager in doubt after strange statement
GAA make retrospective decisions on John Small and James McCarthy incidents
Clinton Morrison shares advice Roy Keane gave him on morning before Saipan showdown
You may also like
2 years ago
Kerry should be proud of Paul Geaney, a man who left it all out there
2 years ago
If this is the end for Diarmuid Connolly, there was one more piece of magic to behold
2 years ago
Huge controversy at Croke Park as Con O'Callaghan gets away with one
2 years ago
Not a hope in hell Jack McCaffrey was letting Dublin let slip of history
2 years ago
Dublin and Kerry announce All-Ireland teams but here's who we reckon is really starting
2 years ago
Sky Sports get the pick of the Qualifier games but no joy for Cork and Laois
Next Page