"He is playing like a man with a chip on his shoulder."

It must be difficult to be the brother of a superstar like David Clifford, not least when you're actually the older brother, but are only coming into the starting team now, two years later than your younger sibling.

From the beginning of the season the spotlight was on Kerry's main man David, and rightly so because he was in unbelievable form, completely justifying every ounce of attention that he gets.

END_OF_DOCUMENT_TOKEN_TO_BE_REPLACED

However, in the background, on the outskirts and just slightly behind the scenes, brother Paudie was starting to make waves in the Kerry team.

At first it was energy and constant involvement in the game that caught the eye, although that was put partly down to poor opposition, but instead of his form dipping as things got tougher, he has just progressed further and further.

Now, the light is shining on him as he put a MOTM display against Cork in the Munster final and played a vital role in getting Kerry back to an All-Ireland semi-final.

Speaking on the GAA Hour, Colm Parkinson attempts to articulate just how good the eldest of the two Clifford brothers really is.

"Paudie Clifford was head and shoulders above everybody else, he was involved in everything. 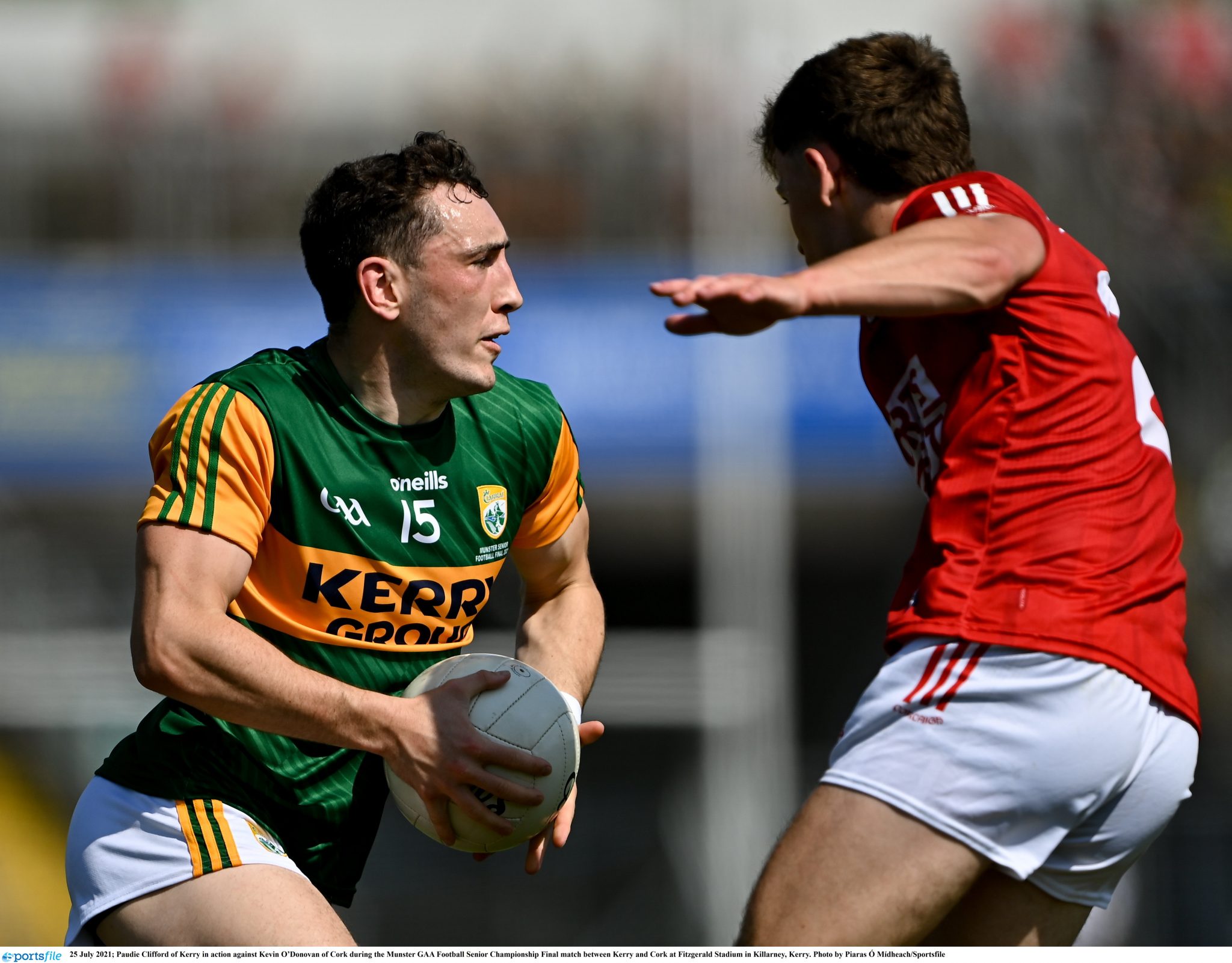 "This lad has just gone to another level as a player, because this is a Munster final now. It's his first year, you're looking at Clare, you're making the excuses for that, Tipperary, things like that, this is Cork in a Munster final.

"He destroyed Cork, and he was outstanding the whole way through the game, even when Kerry weren't going well, he was setting up that goal for David, he got a point himself, in the first quarter he was going really well, when it was a good contest.

END_OF_DOCUMENT_TOKEN_TO_BE_REPLACED

"Stephen O'Brien's downside is a bit like Kevin McManamon, he plays with the head down, he can't see the pass.

"He's everything Stephen O'Brien has, he can take you on, he's fast, he's as strong as a bull, but he also, lifts his head up and is incredibly creative and a brilliant kick passer.

"And he can kick points, he's almost flawless."

Former Armagh player Aaron Kernan was also on the show, and he drew comparisons between the East Kerry man and a certain retired legend who once played for The Kingdom.

"To me, he's given this new Kerry team what Paul Galvin gave Kerry back in '04. I know from reading his book, he was fairly pissed off watching Kerry lose to Armagh in '02 and Tyrone in '03. 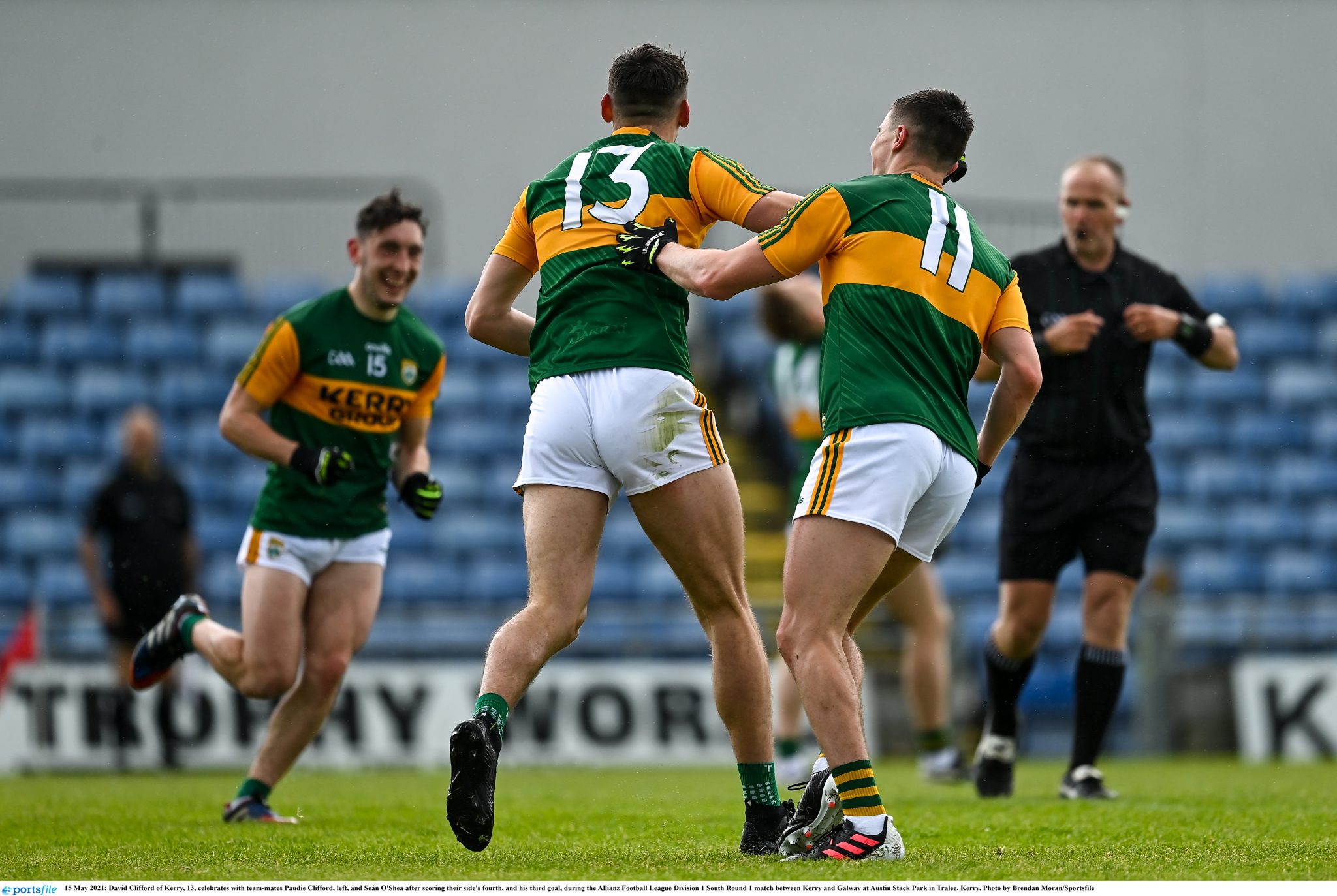 "He is playing like a man with a chip on his shoulder, maybe over a few things. Maybe he's a bit browned off that the Dubs are going so well, and he wants to make a stamp in this team.

"Maybe someone didn't have the same belief in him, maybe his game has developed hugely, but I would be very surprised that someone who is as good as he is wasn't close to it already.

"Even last year, he only got on at the very, very end of the game against Cork and from the first league game this year, he has not dipped in performance at any stage, against anyone.

"There's only so long you can keep saying that 'it's only against such and such, it's only the league, it's only against whoever it is in the championship', it doesn't matter because he has to have the desire and the energy levels to go out and do what he does.

"He has the class, whether it's the scores, the passing, his vision and his willingness to back himself in terms of giving a long ball inside, for someone who is - even though he is older than David - still inexperienced at that level.

"He's absolutely class and has added something completely different to them."


popular
The four stone-cold certainties for All-Stars even as early as this
"He's actually smiling putting the ball over the bar. He should nearly be fainting." - Ryall on Limerick's legacy
Eamon McGee just couldn't help himself with Armagh-melee tweet
"The economy was one of the big reasons" - Cadogan's move from an electrician to personal training
Gavin Coombes one of four Irish players to push themselves into Test picture
Full Ireland player ratings after Maori All Blacks teach us an early lesson
Robert Finnerty's strut up to the penalty spot was the stuff of legend
You may also like
2 days ago
'They’re a distraction' - Barry Cahill on players outside of the 26-man panel being on the pitch
2 days ago
Colm Cooper calls for "harsher penalties and more severe" punishments to stop brawls
2 days ago
Eamon McGee just couldn't help himself with Armagh-melee tweet
3 days ago
Roy Keane makes good on bet after seeing Cork fall to Dublin
4 days ago
Shane McGuigan does a 'Sueey' Cristiano Ronaldo would be proud of after winning MOTM
4 days ago
Glass half full as Derry's positive play produces five fantastic goals to reach All-Ireland semis
Next Page