"It's giving the Kerry team a bad image. They don't look like footballers, they look like gurriers." - Liveline has peaked

Liveline Tom says Paul Galvin may be a 'Dunnes Stores ambassador' but he's no fashion-icon. Not in his eyes anyway.

Not in a month of Sundays would this writer listen to Liveline but when the topic, as raised by Tom Corr from Dublin, was the "ugly tattoos" on "three of the Kerry footballers," it's safe to say that Joe had already earned himself a rookie listener here. Pleased to inform that the discussion lived up to the topic. You can tune into the magic here from 2.00 to 8.00.

Tom was watching the Munster final between Cork and Kerry when his Sunday was ruined by the sight of them. It's a disgrace to the GAA, says Tom, that grown adults are let loose into the wild with tattoos covering their bodies. Tom is of the opinion that only 'gurriers' wear tattoos and that these gurriers should have to wear long-sleeve jerseys so as to retain a bit of decency.

END_OF_DOCUMENT_TOKEN_TO_BE_REPLACED

The Dubliner has been reading medical magazines, the sort that have educated him on the dangers posed by tattoos but aside from the dangers, it's the bad image, he says, that's bringing the game into disrepute.

"They're disgusting really, as far as I'm concerned anyway. They're wearing these short sleeve shirts to show off the tattoos. They've learned that from watching Australian football, the NFL," he began, raising a whole host of eyebrows in the process.

"I think they're disgusting. I'm not perfect myself, I have my faults. But any right minded person wouldn't agree with anybody wearing tattoos," he added matter-of-factly.

"Eventually, emphysema sets in and the blood stream gets poisoned. Then you're in trouble. It can set in after two years according to medical reports. No, I'm not a medic but I've read about it. I read about it in a medical magazine."

END_OF_DOCUMENT_TOKEN_TO_BE_REPLACED

"I haven't any children, but if I had I wouldn't allow them wear tattoos. No way. If they did, I'd have words with them. I think they're disgusting. I think it's bringing the GAA into disrepute. It's giving the Kerry team a bad image. They don't look like footballers, they look like gurriers."

I think the President of the GAA, Mr. McCarthy and the Kerry manager, Mr. Keane and the Kerry County Board should step in now and do something about it..."

On a roll by this stage, it wasn't long before he was taking a shot at Paul Galvin. 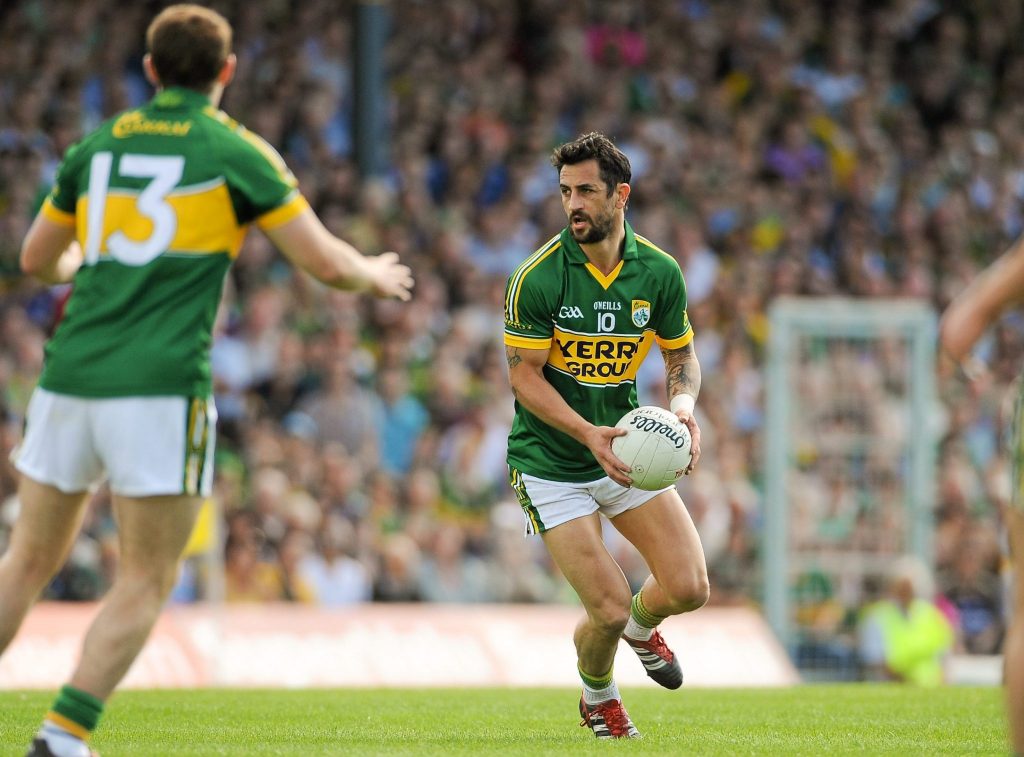 END_OF_DOCUMENT_TOKEN_TO_BE_REPLACED

"Well I wouldn't have any time for him at all. Oh Jesus like, he'd be the last resort Joe now.

"If they want to put on the long sleeves, I'd be happy with that...You're talking about Paul Galvin, he's not a role model. That's my opinion, but it's a lot of other people's opinions. He thinks he's a fashion icon, but I don't think he is."

We're not sure if Paul Galvin will lose much sleep over it, or the Kerry footballers in question for that matter, but one thing's for sure, and that's that they'll a good kick out of it.


popular
Roy Keane accuses Man United of 'disrespecting' Cristiano Ronaldo
Broadcaster tries to reunite Roy Keane and Alfie Haaland before Manchester derby
Padraig O'Hora gets his hair pulled as fly-goalie gets punished in Mayo championship
Roy Keane comments on Manchester City will inevitably start a worthwhile debate
Erik ten Hag explains why he didn't bring on Cristiano Ronaldo in derby day defeat
Player ratings as Man City hammer Man United 6-3 in Manchester derby
Alex Ferguson and Cristiano Ronaldo reactions say it all as Man City run riot against Man United
You may also like
2 months ago
Graham O'Sullivan dedicates Kerry victory to late clubmate in poignant, moving speech
2 months ago
The former Irish international athlete and the bolter who shored up Kerry's defence
2 months ago
'I've been dreaming of this day my whole life' - Shane Walsh lost the game but he's inspired a generation
2 months ago
Damien Comer switch that Galway passed on, during All-Ireland defeat
2 months ago
Finian Hanley take on contentious Kerry free may settle some Galway arguments
2 months ago
Darran O'Sullivan on the post-match gesture that shows what Jack O'Connor means to Kerry
Next Page