Mayo are back, Limerick are still going strong.

At so many different moments in Mayo and Kerry's League final, you just felt that Kerry had their number. Mayo started the better, but the Kingdom hit them for two sucker-punch goals within the space of five fist half-minutes.

That would have broken a lesser team beyond repair and though Mayo laboured for a while - true to character - they never once gave up on the ghost and come the closing 20 minutes, they just took over the game.

But the Kingdom were still lurking - and it wasn't until Ciaran Treacy's ballsy late goal that Mayo fans could rest easy. Finally, they'd closed one out in Croke Park.

Stars of their triumph included Robbie Hennelly in the goals. Bouncebackability is a crucial trait in any sport and the Breaffy club man has it in spades.

Bouncebackability is one of the most important things in any sport and Robbie Hennelly has shown it in spades.

Great to see the @BreaffyGAA man's strength of character paying off with a huge performance in Croker yesterday. pic.twitter.com/v2NjVCFY0G

In 2016, he was responsible for a game-shifting mistake in Dublin's All-Ireland final escape but he hasn't let it break him. Instead, he's come back for more over the last few years and Sunday's late, great save from David Clifford represented a sort of moment of redemption for him in Croke Park.

Lee Keegan never lets Mayo down in a big game and after struggling through this League, the Wesport man once again raised his game when Mayo needed him most. Keeping the form player of the League Sean O'Shea scoreless from play is no mean feet.

Talk about stepping up when it matters, Diarmuid O'Connor literally owned the last 20 minutes of that game. The hardest trier  of them all, he ran himself into oblivion yet again for the Mayo cause and his goal was as brave as you'll see.

The head on angle shows just how brave Diarmuid O'Connor was for this goal.

Ball floating in the air, the goalie coming out to mill it - DOC keeps his eyes on it the whole way and throws body on the line.

Something Lazarus-like about that man.pic.twitter.com/cIUNNHS6xG

END_OF_DOCUMENT_TOKEN_TO_BE_REPLACED

Aidan O'Shea was similarly hell-bent, the big man dominating the physical exchanges all the way through the game.

Meanwhile, Mayo's Mr. Consistent Chris Barrett was again brilliant in the last line. Physically, he was up against it marking 6ft 4in behemoth Tommy Walsh but by the end of it, the Belmullet man was well on top.

Aside from Mayo's heroics, Neil McGee steadied a shaky Donegal ship in their Division Two final against Meath. Michael Newman was cleaning up in the first 15 minutes with four beauties from play before the Gaoth Dobhair club man came on to quieten him down.

Elsewhere, Gearoid Hegarty, Riche English and Diarmuid Byrnes were faultless for Limerick while Killian Egan stepped up when it mattered most for St Kieran's College in their Croke Cup final win over Athenry. 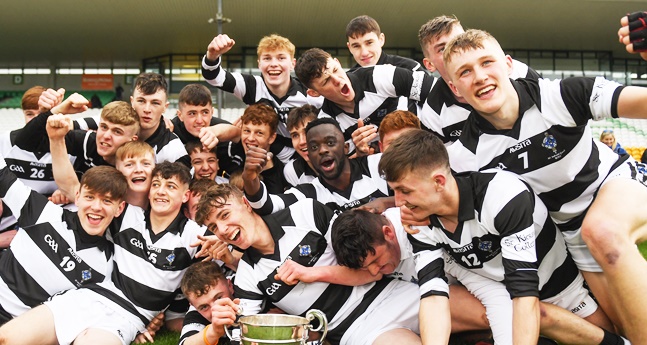 "It’s a way of life, these lad eat, drink and sleep hurling" - Hogan reflects on another Kieran's triumph

Tom Hogan speaks with such pride about this group of St Kieran's College players. At half-time, t...

"Killian wouldn’t be known for his scoring exploits but fair dues to him, he stood up and he hit two great balls over the bar against a strong wind in the second half," said Kieran's manager Tom Hogan of his heroics.

Aoife Donohue was unplayable for the Galway camógs in their underdog triumph over Kilkenny while 19-year-old Oisin Gallen and Shane McGuigan lit up Croker on Saturday night.

Aaron Gillane showed what he's made of against one of the toughest corner backs in the game while Aidan Prendergast - Galway hurling star of the future - hit 0-5 from play in St Raphael's Paddy Buggy Cup triumph over Castlecomer. 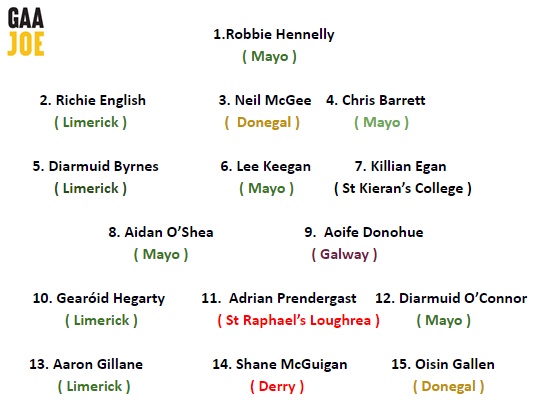 You may also like
3 weeks ago
"Hurling is like a wardrobe, whatever you put into it you’ll get back out of it" - Life at St Kieran's
1 month ago
Free spirit James Cha happy out in peaceful China
2 months ago
For Brennan, 'old-school' knock-out championship is the light at the end of the tunnel
2 months ago
We give you the All-Ireland hurling final, you tell us the man-of-the-match
2 months ago
Even injury couldn't hold Richie Power's genius back
2 months ago
The best sporting challenges to use time off to our advantage
Next Page