After a calamitous 2018, the end of the road was said to have been near for this bunch of Tipperary players. The best of them are pushing on they said, they've been on the road for a long time. That they have, but from their first Munster championship game against Cork this year, Tipperary showed that they still have the hunger, the hurling and the legs.

And the drive was being led by the old dogs. Seamus Callanan is 30 now but he's still as fast and as fit as he ever was. Same goes for Brendan, Paudie, Noel and Bonner.

Seamus Callanan: 👑, goal machine and Hurler of the Year in waiting.

Those Tipperary legends led from the front and the young guns drove it on behind them. That combination made them unstoppable.

On the whole, it was another great year for hurling. Wexford were the surprise package and they showed that they will be there or thereabouts for years to come. Kilkenny will always be knocking around and though a disappointing final performance will linger, wins while underdogs against Cork and Limerick shan't be forgotten.

Nor should Limerick's Munster championship win and Laois' unprecedented run.

END_OF_DOCUMENT_TOKEN_TO_BE_REPLACED

The notable omissions are led by Kilkenny star John Donnelly. From struggling to keep his place to leading light in attack. The Thomastown attacker may not be blessed with pace but what he has is a heart of a lion and a pair of wrists you could write songs about. Against Limerick he hit everything that moved. While others fell down around him against Tipp, he stood tall, he hit 0-3 from play.

Another player unlucky to miss out is Liam Ryan. The Wexford full back was nigh on unbeatable this year and his point against Tipp is one of the moments of the year. This team is made on the premise of keeping every player to their position though, and Huw Lawlor simply couldn't be usurped. There was no challenge too big for the O'Loughlin Gaels club man in his debut year. He was Kilkenny's best player this year and fittingly he ended it with another barnstorming display on one of the game's great forwards. 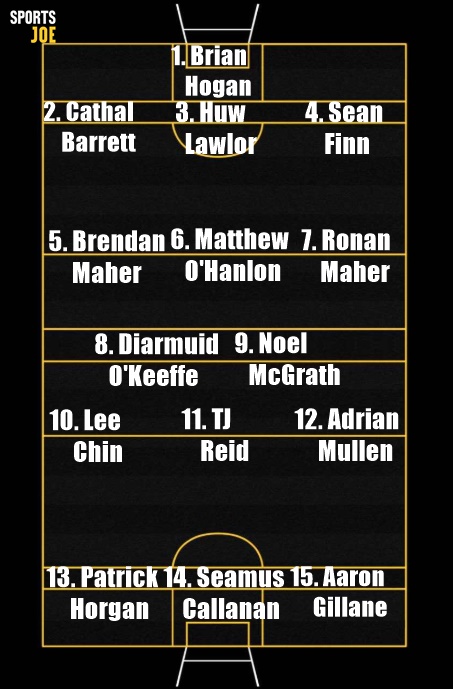 Hurler of the Year: Seamus Callanan

His hard graft often went unseen due to the bright lights of his Hollywood flair, but he made sure it would be seen this year.

A phenomenal year for one so young and one so inexperienced. The points he scored and the catches he made against Wexford, Limerick and Cork were huge. His role in bringing Kilkenny back to the big time shouldn't be understated.


popular
The SportsJOE 12 o'clock quiz | Day 288
You'll have to be a diehard fan to get 20/20 in this Liverpool players of the 90s quiz
QUIZ: You have 30 seconds to answer this one tricky football question
In defeat, Jerry Kelly dies with his boots on in coming of age final display
The SportsJOE 12 o'clock quiz | Day 286
SportsJOE 2000s Football Quiz | Round 11
"I did for one second think of flinging the boot at him" - Maher's journey an inspirational thing