Get out of Kilkenny and you'll go a long way.

Conahy hadn't even won the Kilkenny junior championship, having been beaten by O'Loughlin Gaels second team in the final but they went all the way to Croke Park and had way too much for the Cork champions, underlining the strength of the county's club hurling championships.

In the intermediate grade, Tullaroan and Fr O'Neill's played out an enthralling final, with Shane Walsh and Martin Keoghan inspiring their team to a famous and emotional win.

Padraig Walsh and Jack Keoghan were rocks at the back for 'the Sash' while Deccie Dalton was unstoppable for Fr. O'Neill's.

In the senior, Ballyhale made it back to back wins. In the goals, Dean Mason was safe as a house for them while Darren Mullen played a blinder at corner back. His brother Paddy spun over a few cracking scores from midfield while Evan Shefflin is one of the best ball-strikers around.

TJ Reid did what TJ Reid does while Seamus Bourke, Paddy Stapleton, Brendan Maher and Dan McCormack were on form for Borris-Ileigh. As for Jerry Kelly, that man was on a different level for much of the game out there. 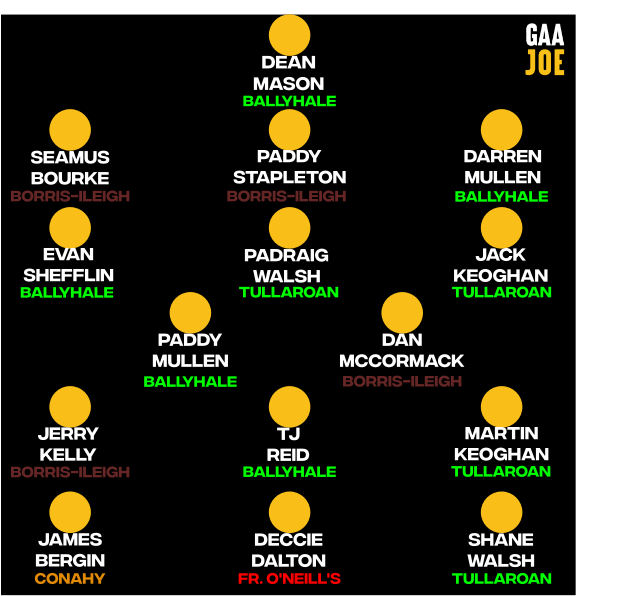 Club hurling, you can't beat it.


popular
ROG hits the nail on the head assessing Ireland's performance
The Ireland XV that should definitely start against Italy
Player ratings on a dismal day for Ireland in Twickenham
"Emotions will be charged" - Sean O'Brien backing Ireland for Triple Crown
QUIZ: How well can you remember this season's Premier League results so far?
"Next thing, all I see is this 'BANG' coming in over me... It was O'Driscoll"
Triple Crown wrenched away as England scrape Ireland off their boots
You may also like
5 days ago
The GAA Hour | Hurling | Numb hands, black cards and Kilkenny V Wexford
1 week ago
The GAA Hour | Football | Jonny Cooper interview and David Gough clarifies
1 week ago
Shane Walsh is ready to rule for Galway
2 weeks ago
The GAA Hour | Football | Dublin's third gear, division two bloodbath & Andy Moran positivity
2 weeks ago
The GAA Hour | Hurling | Limerick dominate Galway, Clare reshuffle & the art of hooking
3 weeks ago
The GAA Hour | Davy v Lohan, Cork workrate and mic'd up hurley carriers
Next Page