And when you miss the chances that Dublin missed against Kilkenny this evening then it's as simple as this. You haven't a hope of beating them.

END_OF_DOCUMENT_TOKEN_TO_BE_REPLACED

It might sound crazy to say it given the scoreline you've just read but, from 1-9, barring one or two in between, Dublin were decent. Paddy Smyth put in a tremendous shift at centre back while, behind him, James Madden was hardly beaten to a ball. Eoghan O'Donnell and Cian O'Callaghan stood up well to the pressure and Conor Burke looked lively but the problem for Dublin is a problem that they've always had.

It's the problem that's in front of them.

Their forwards had enough chances to cause a shock here in Parnell Park but this is the most shocking thing about it. If you took Donal Burke out of that forward line this evening then, between the other five, they only managed two points from play.

And, as we've said, it wasn't as if they didn't have chances. Like when, with enough space in front of him to turn a bus, and with only one man behind him, Aidan Mellett fluffed his lines when he should have been collecting a simple pass. That would have been a tap-over point or a potential goal and you just knew that, if it was down the far end, with Cian Kenny or Martin Keoghan running onto it, then it would have been one or the other.

END_OF_DOCUMENT_TOKEN_TO_BE_REPLACED

The Dubs had another dream of an opportunity five minutes later when, with Donal Burke picking him out with the most glorious of cross-field balls, Donnacha Ryan's first touch just was not good enough. He misjudged the flight of the ball and, instead of eyeing up the posts, he was facing down a Kilkenny line-ball. 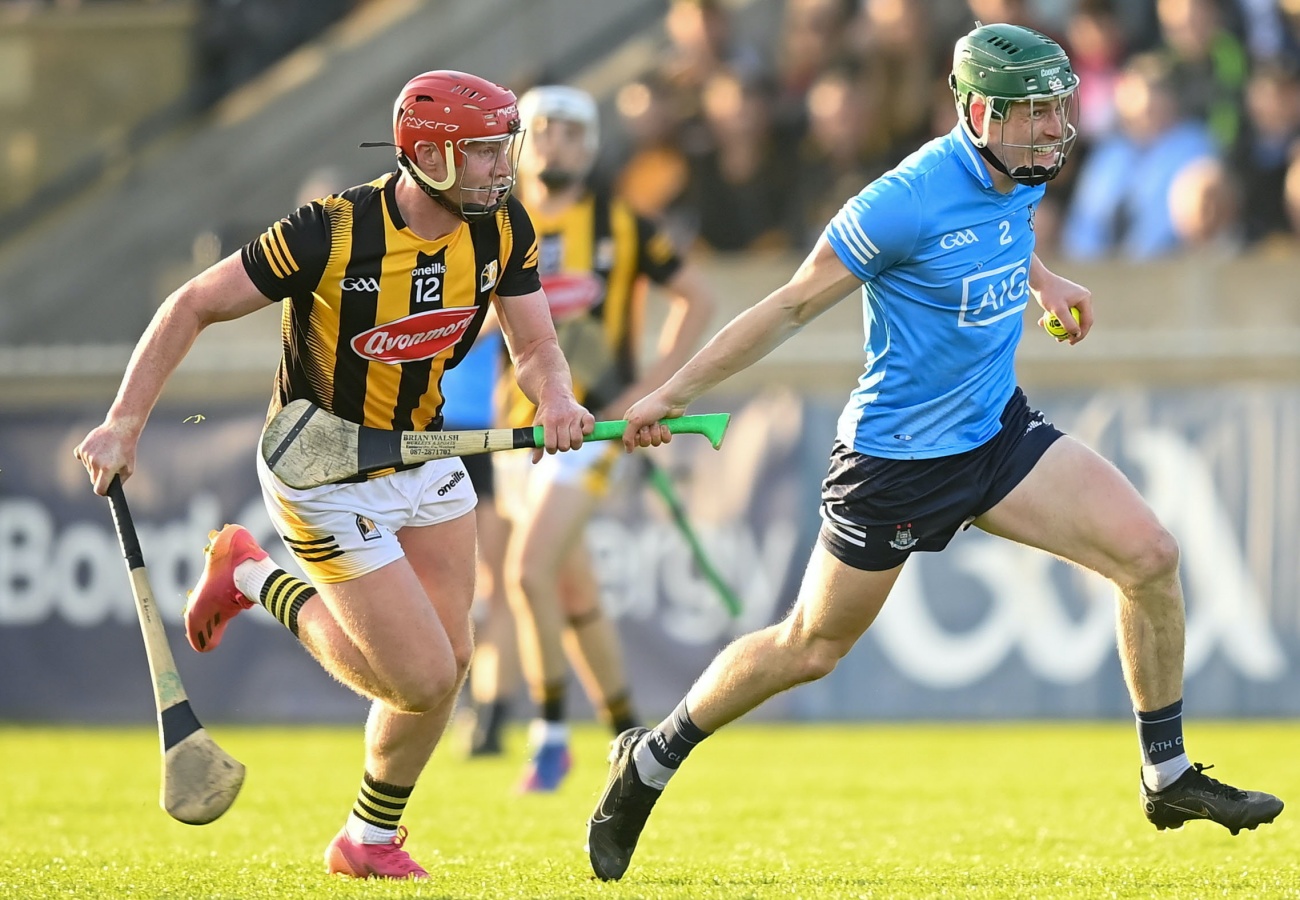 Meanwhile, having been moved from midfield into the Kilkenny full forward line, Cian Kenny scored every time he looked at the posts. Similarly, something came off Martin Keoghan every time he touched the ball, including Kilkenny's first goal, and at half-time, with three points between the teams, that was the only difference. Kilkenny were clinical and Dublin were not.

And at this level of hurling, as Dublin discovered in a soul-destroying second half, you just don't get away with that kind of thing. The suspicion was there at the break that, having hurled well in the first half, Dublin had missed the boat and they were about to be taught a lesson.

It didn't take long for that suspicion to become a cold hard fact.

⚫️🟡Kilkenny too strong for the Dubs!

Highlights of the Leinster Championship meeting, as the Cats dominated their hosts in Parnell Park! pic.twitter.com/duW7uD8rBQ

Adrian Mullen was brilliant in the first half, scoring an absolute cracker straight from the throw-in but he was even better in the second. This was the best he's played in a Kilkenny jersey since that day against Limerick in 2019. Alongside him in midfield, Alan Murphy also hurled well and, with Dublin staying in the dressing room, both TJ Reid and Eoin Cody livened up to join a party that was in full swing.

By the end, it was double scores, it was a familiar feeling for Dubs and, on the walk out of Parnell Park, it was a passing comment from one fan to another that summed the evening up.

'We have no goal threat. The backs weren't bad but as soon as they clear it, it's straight back in on top of them.'


popular
Talksport presenter puts Martin O'Neill to the pin of his collar over Declan Rice and Jack Grealish
World Cup Power Rankings: The top eight pundits of the tournament so far
Rory McIlroy explains 'falling out' with Shane Lowry that lasted a few years
Ballyhale's Colin Fennelly felt Ballygunner's victory speech was disrespectful
Ariel Helwani shares Paddy Pimblett WhatsApp messages as spat becomes public
World Cup Power Rankings: The top 10 players at the tournament ahead of the quarter-finals
Roy Keane scores winning goal past Micah Richards in ITV v BBC pundits match
You may also like
2 weeks ago
"I was living day to day" - Shane Carthy and Cormac Ryan open up about their past and present struggles
3 weeks ago
"I'll try get that little bit faster, that little bit fitter. I'll try to put on a bit more weight" - How Gannon aims to improve during off-season
3 weeks ago
"I couldn't get over the amount of differences between the hurling and the football" - Leaving hurlers was never an option for O'Donnell
3 weeks ago
Shocking scenes as brawl extends into the stands during Oulart-the-Ballagh vs Naomh Barróg
4 weeks ago
"We've kind of gone away from stats" - the personal goals Dias sets for himself each game as a midfielder
1 month ago
GAA JOE Team of the weekend
Next Page