'To be even in that frame of mind, it's unbelievable. That's just the way Cluxton is'

While the majority of Dublin players sang and danced in the dressing room, Stephen Cluxton swept the floors.

Five-in-a-row, a shoo-in for an All-Star, one of the greatest captains of all time, one of his greatest ever days. He's down to brass tacks straight away.

Stephen cluxton wins another All Ireland, still has a brush in hand to clean up the changing room afterwards. What an incredible role model for the game @DubGAAOfficial #GAA https://t.co/IDPTTE1G6W

Listen, Stephen Cluxton is a different breed. His focus, humbleness and dedication are on a different level and he didn't need Jim Gavin to direct him that way.

But on The GAA Hour podcast on Monday, Johnny Doyle made a great point as to how this humility radiates around this Dublin team. From Gavin to Cluxton to Brogan to everyone else. This is a special group.

"Human nature being what it is, you can get ahead of your station," began Doyle.

"But there is a humility about that team. Lots of things are bandied about on culture and that, but you just look at Bernard Brogan. He didn't make the 26 the first day, didn't come on the second day. Most managers might have brought him on for the sentiment around it. But for me, the happiest person in Croke Park with his two sons was Bernard Brogan. It's very hard to disguise that. I don't think that was a falseness..." 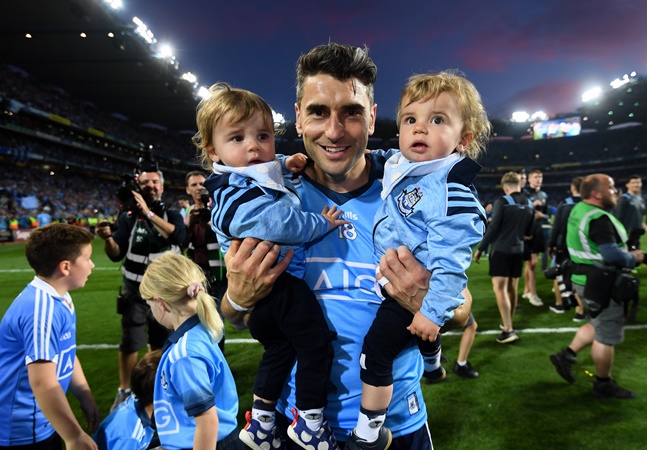 END_OF_DOCUMENT_TOKEN_TO_BE_REPLACED

"I saw it on Twitter, Cormac Costello with a bit of music going around, and then it cuts to the greatest goalkeeper ever to have played the game. The greatest captain, who has gone to levels no other player has gone to. And what's he doing? Sweeping out the dressing room. Like, what's going on in this guy's head? But it's unbelievable. We've often talked in the club and when you're with Kildare about different cultures..."

Many teams and players forget. Winning and losing distracts. It's fair enough and it's just human nature. But this is how Cluxton is programmed.

"It's not that you wouldn't clean out the dressing room. But you'd be that disappointed that you'd kick bottles going out the door. It wouldn't be a disrespect but it just wouldn't enter your head. To be even in that frame of mind, and I think that's a combination of lots of different things. Obviously Jim has gelled all the different things. I would say there's expectations, responsibility and pressure on everybody and that's what Jim brings. The likes of Cluxton, that's just the way he is. And there's big players on that squad who (set the example.)"

Conan Doherty agrees with Doyle's point, claiming that Gavin has completely changed everything about Dublin football. 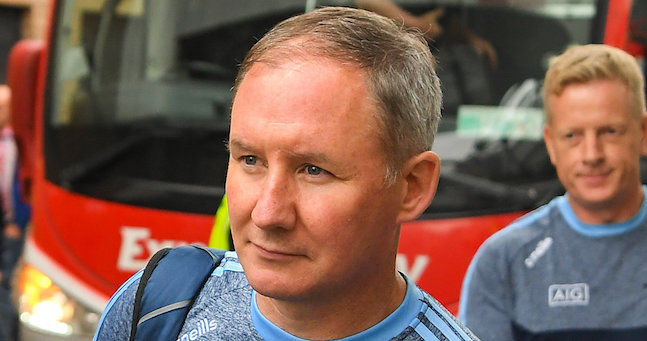 "I genuinely don't think many people could have done what Jim Gavin has done with that team. Dublin used to always be this stereotypical town team, had a bit of an ego, didn't want it enough. People loved coming up to put them in their place, but he has just changed the culture completely. It's unbelievable the way everybody has bought into it," added Doherty.

"Ultimately I'm sure that he gets much enjoyment and pleasure out of it. It's a wonderful position for him to be in with no pressure on him to step away, nothing but positivity," added Cian Ward.

You can listen to The GAA Hour All-Ireland final show here.


popular
The SportsJOE 12 o'clock quiz | Day 191
Manchester United launch sensational bid to sign N'Golo Kante
QUIZ: Can you name every top European football club that begins with 'L'?
QUIZ: Guess the Premier League footballer from their Wikipedia page
"I remember looking at the players, in the warm-up, and Keats was just bawling crying"
The SportsJOE 12 o'clock quiz | Day 190
Conor McGregor shares DMs from Dana White to justify boxing comeback
You may also like
1 week ago
"My own mother would go to three games on Saturday, three games on Sunday"
1 month ago
"I'd say to fellas 'if you bring a friend and they stay playing, we'll give you a prize"
1 month ago
"That's a risk I'd be willing to take" - Byrne ready and raring for a championship
1 month ago
Goal disallowed in Dublin SFC because player wasn't wearing his gumshield
2 months ago
The former Dublin minor star that led Ireland to Grand Slam glory
3 months ago
No promotion or relegation in Dublin championship in 2020
Next Page