Since his championship debut in 2009, Paudie Maher hasn't missed a game for his county, making 49 championship starts in a row.

Indeed, renowned GAA statistician Leo McGeough has it that the Thurles Sarsfields man has only been absent for 26 minutes of championship hurling over the course of his career.

Avoiding injuries is one thing. Ignoring them is another.

Good fortune has been on his side he admits, to steer clear of ligament injuries, certain bone-breaks or muscle injuries that would make it impractical for him to play on, but whenever it was even remotely possible to wear the blue and gold, mind has ruled matter for Maher.

"It's getting harder every year now, to be honest, for the last number of years!"

"Look, it's all about sticking to your routine and looking after yourself as best you can," says the six-time All-Star at the launch of Ganzee GAA wear, "I suppose you pick up knocks and bruises and there's no doubt I was never 100 per cent playing all of those games.

"Players are going to carry little injuries and knocks into games, but, at the end of the day, you're training to play championship hurling and you're not going to give up that opportunity too lightly, unless your leg is hanging off."

Hard as nails on the field, Maher has needed all that mental toughness off it this year in his work as a guard at Mayorstown Garda Station in Limerick.

END_OF_DOCUMENT_TOKEN_TO_BE_REPLACED

"From day one there of lockdown back in March, we have been flat out. It's been strange alright. I suppose things kind of eased there during the summer a bit, there was a small bit more more normality, but we're back to where we were now again. Look, it's very busy at work. In ways that's good for us, it keeps the head occupied and keeps the mind occupied..."

Garda Paudie Maher of Mayorstone #CommunityPolicing helping to get the heating back working in an elderly couples home today.

"Unfortunately, there's a lot of people who are frustrated and are getting frustrated in general, and you can't blame them. They're deprived  of certain things in their lives, like not meeting people, family, friends. The social aspect of their lives is probably taken away from them.

"We get awfully bogged down and upset over hurling matches, whether you played poor, whether you’re losing matches or winning games. You can take thing for granted. I’ve certainly seen over the last seven/eight months, there are a lot more important issues in life, when you see people losing family members to sicknesses, people with mental health issues during these tough times. People are finding it hard. We do see a lot of these issues in work and it does broaden your mind and for me.

"It's tough on everyone, but we just have to try and be there and help people in the community as best as we can."

As the championship nears, Maher is ready and raring but first things first, he's just delighted to have the games back.

"We'll have great interest obviously (in Limerick v Clare) to see who we'll be playing the following week. Obviously then you're looking at it as a supporter too and I'm looking forward to the games coming back as much as anyone else.

"We're all deprived of what we love watching and being involved in for the bones of six/seven months. So it's great to have something to look forward. Strange it's going to be in the winter-time, but we're just happy we're getting the opportunity to participate. 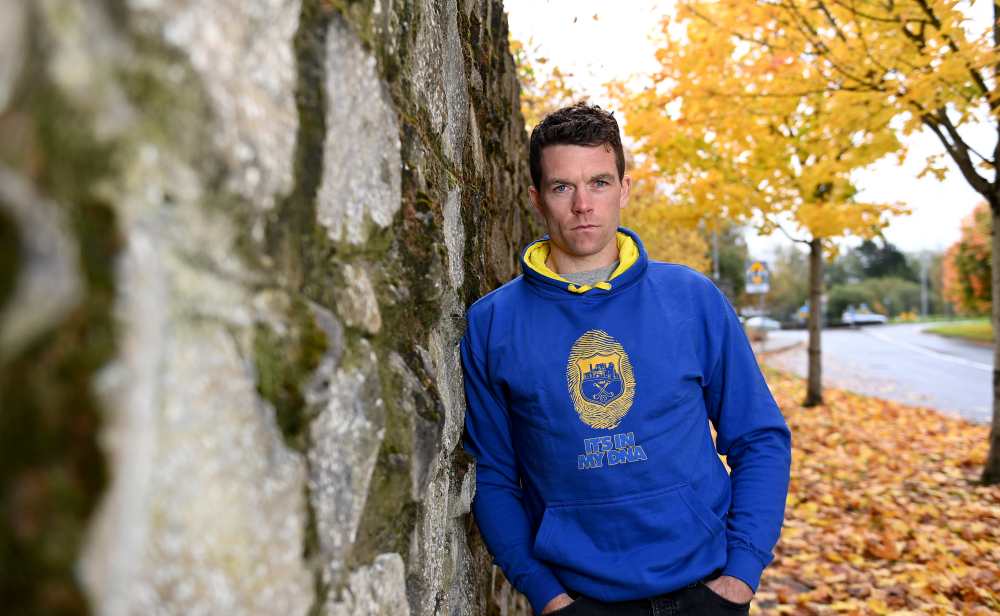 Ganzee are the first official GAA Lifestyle wear collection. The range includes hoodies, t-shirts and wall stickers in various designs for 31 different counties as well as New York and London. The collection available exclusively online at www.ganzee.ie is available in women’s, men’s and children’s sizes.

You may also like
4 days ago
24 hours in the life of the dual player who didn't just play, but lit up two games in two days
6 days ago
Tipp left shellshocked after a simply sensational game of camogie
2 weeks ago
A life on the border brings Teehan face to face with her former teammates
2 weeks ago
"I think the likes of Joe Brolly has to be a bit more empathetic. I'd be very adamant about that"
3 weeks ago
"The pain I experienced, I can’t describe it" - Edith Carroll buzzing to be back after injury nightmare
3 weeks ago
Murphy pays a powerful tribute to the man who's fuelled by the same fire
Next Page