Eamon Fitzmaurice talking sense on why hamstrings are being pulled left, right and centre

Just when things were starting to pick up again.

It would take a heart of stone for the eyes not to light up and for the hairs not to stand, as you look around the pitch in Ballincollig, in Ballybay or Ballybofey to see the crowds gathered, the balls flying and the buzz back.

It doesn't matter if you're a junior player, it doesn't matter what sort of game or session you're taking part in because it's been so long since we were last here, that an evening at the field feels a little bit like heaven.

END_OF_DOCUMENT_TOKEN_TO_BE_REPLACED

The mood is good as the warm-up slips into the few kicks or the few pucks until bang, you're sprinting like you've robbed the bank and after a long time away, it wouldn't take a genius to work out what happens next.

To see a club player or two or five cry off with the hammer is no strange thing but to see inter-county players pulling up left, right and centre is a sign of the times. It's a truncated League, a rushed season and on The Sunday Game, former Kerry player and manager Eamon Fitzmaurice made a good point when explaining why the likes of John Small and Michael Murphy are feeling the pinch.

"Normally, you're coming back into a League where pitches are a bit slower, the games build up gradually. The pitches are faster at this time of the year and the graph, in terms of the amount of games, is definitely steeper too," the Kerryman reasoned. 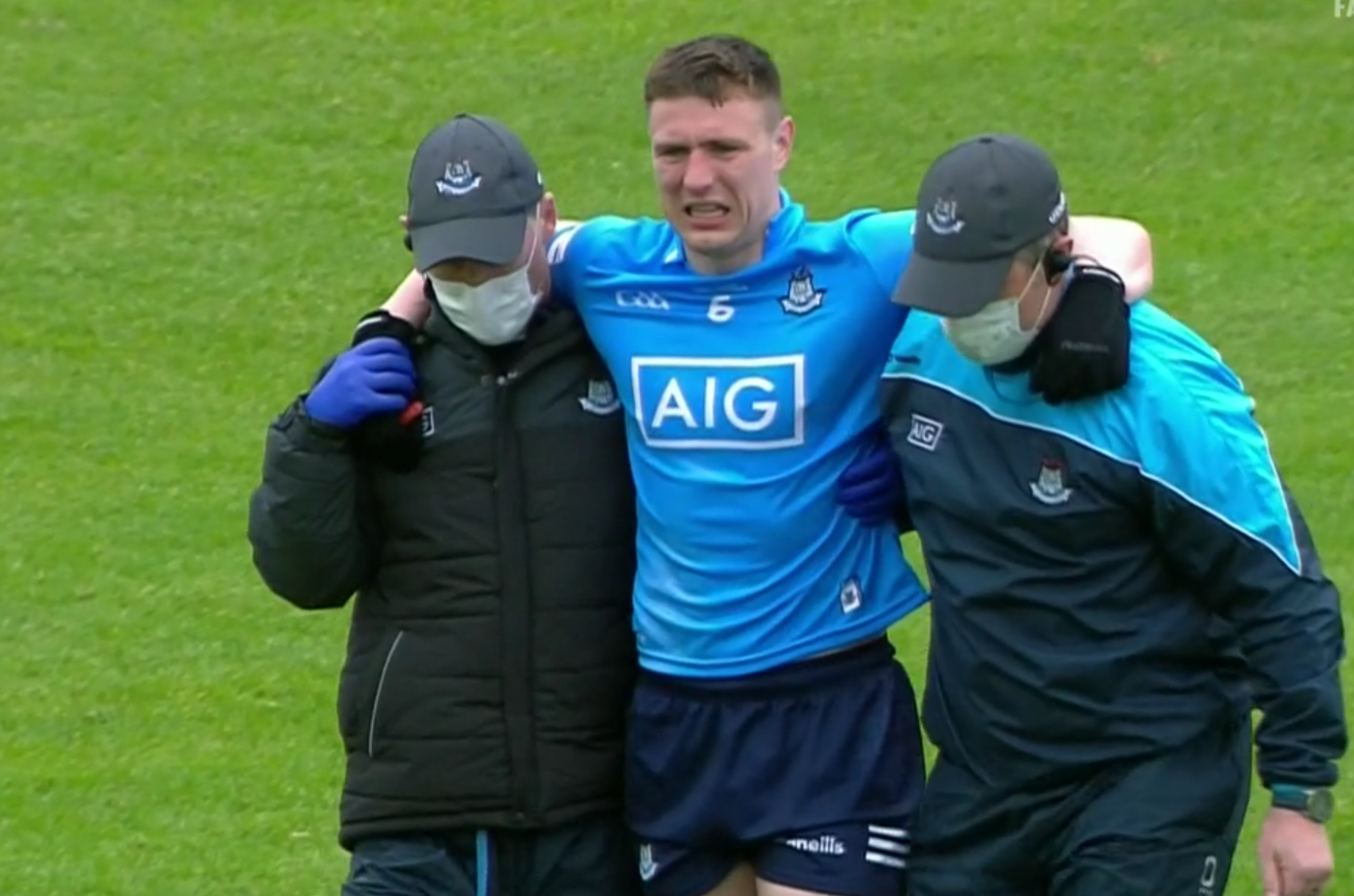 The best was yet to come. It's always a head-scratcher to see teams warm-up for 40 minutes only to stand on ceremony for anthems, huddles and minutes' silences before games and Fitzmaurice says that this 'pet peeve' of a delay plays its part too, in stiffening up the body.

"The other thing then. I'm not sure it was a factor in the Michael Murphy thing but it's always been a pet peeve of mine. There's an awful long time prior to the game, from the end of the warm-up to when the ball is thrown in. From minutes silence to a national anthem, by the time the teams get out...In Ballybofey on Saturday, it wasn't exactly warm, it was raining, it was real hamstring weather if you have any bit of an issue going on."

Real hamstring weather. There's no doubt about it.

END_OF_DOCUMENT_TOKEN_TO_BE_REPLACED

"I think it's something we could be looking at, that teams can do something else after the national anthems to get the muscles firing again."

On the subject of tight hammers, Colm O'Rourke is surprised that inter-county players are out on their ears but the moral of the story is clear: no man can avoid the curse of the hammy.

"County teams have only been back a few weeks, but I'm surprised because county players have been following regimes for the last three or four months like ahtletes in other sports do," said O'Rourke.


popular
"Johnno went, 'We’re not moving! You're trying to mess us about!'" - Ben Kay recalls red carpet controversy
"Some of the generals wanted me executed" - Irish rugby legend on flag caper that went wrong
Tommy Fury spotted having the time of his life at student night out
Garry Ringrose challenges "pretty ridiculous" changing conditions for women's players
Peter Keane's future as Kerry manager in doubt after strange statement
GAA make retrospective decisions on John Small and James McCarthy incidents
No Simon Zebo or John Cooney as Ireland gather 50 players for one-day camp
You may also like
1 week ago
The scenes in Croke Park will have young girls saying 'why not me?'
1 month ago
The show of respect between Lee Keegan and John Small is what Dublin-Mayo is all about
1 month ago
"It was a bad call by me" - McStay rows back on his commentary of McLaughlin hit
1 month ago
Diarmuid O'Connor made Mayo believe with a moment that will go down in GAA history
1 month ago
Aidan O'Shea gets into it with Philly McMahon as Mayo stun Dubs
1 month ago
Eoghan McLaughlin stretchered off after collision with John Small
Next Page