Ballybofey is the Colosseum.

And the giants of Gaoth Dobhair and Naomh Conaill are the gladiators. For the second weekend in a row, not even a rabbit hair could separate these two juggernauts of Donegal football and they will meet again on Wednesday night, for the third time in just two and a half weeks.

That's two hours and twenty minutes of a county final played, there's another hour at the very least to go. Because Gaoth Dobhair and Glenties are still well and truly inseparable.

It was Glenties, last year's beaten finalists who started the brighter this time around. An early Jack McKelvey goal had them dancing but Gaoth Dobhair weren't giving their title away easily.

Odhran MacNiallais slotted a few beauties off the left while the lively Cian Mulligan kept the scoreboard ticking.

Gaoth Dobhair looked like winners, when the inspirational Michael Carroll shot them into a lead with the clock ticking, but the men in blue refused to die and Ciaran Thompson's left peg ensured that pulse never stopped racing. 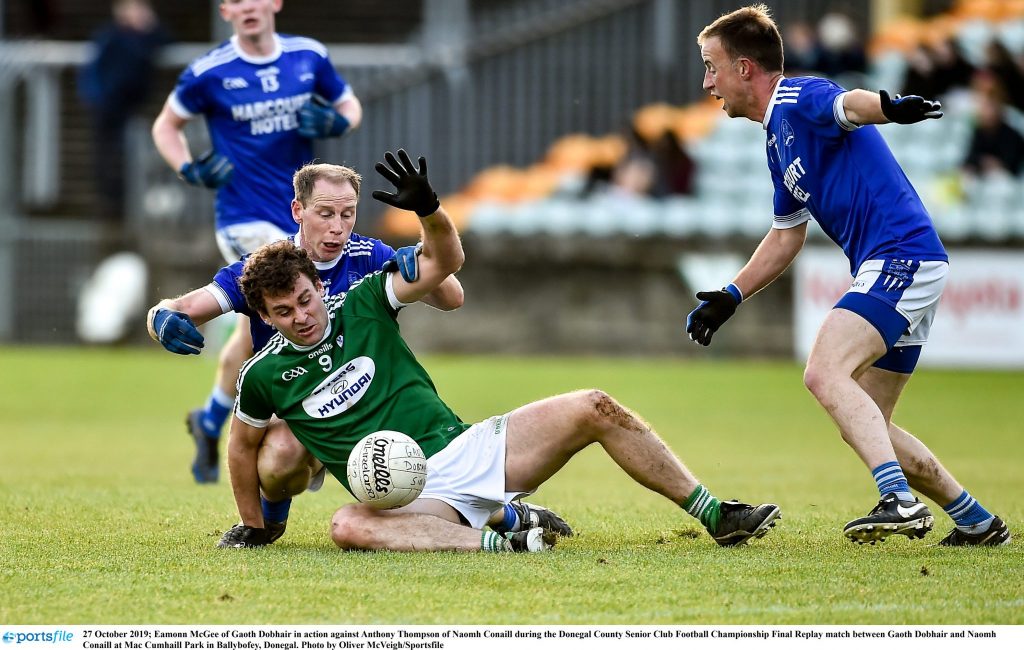 For the second time in a week, he slotted a late placed ball with time almost up. That's clutch stuff.

Into extra-time they went and the skies were darkening. But the football was still pulsating. MacNiallais pointed a penalty but then Glenties made a bold bid for victory. A point up with time almost up, Eoghan McGettigan looked to have sealed it for them.

But up stepped Seaghan Ferry - the same fella who kicked the winning point in Ulster last year to save Gaoth Dobhair's bacon.

The replay will take place on Wednesday night. The winners will play an Ulster championship first round next Sunday.

The Donegal senior football final is going to a THIRD replay.

The giants of @gaothdobhairclg and @NaomhConaillGAA have to go at it again on Wednesday night.

Winners will play in Ulster on Sunday.

Castlerahan, on the other side, will be licking their lips.