The path lies directly ahead but it has yet to be forged.

David Clifford knows what he wants and it is green and gold.

Not content with helping the Kerry minors to back-to-back All-Irelands, the teenager will spurn any advances from Aussies Rules clubs to bring him Down Under in the coming years.

Following his four goals in a man-of-the-match performance against Derry in last month's final, fans across the country urged him not to leave these shores.

The whole of Ireland only has one wish for David Clifford | SportsJOE.ie https://t.co/c1Jz6xlPo5

Since that game, Clifford has won a minor All Star and was named player of the year. He has also been the subject of fierce speculation about a move to Australia.

"David is unbelievable, I watched him in the final and he’s a very good player. I’m sure he’d (adapt quickly). He’s unbelievable.

"I’d say to any young fella if you got the opportunity, like I said I’d go and if I didn’t like it I’d come back after a year."

There are no guarantees when young Irish GAA players head to Australia to try their hand at AFL but Clifford's physique, athleticism and poise would see him in demand. 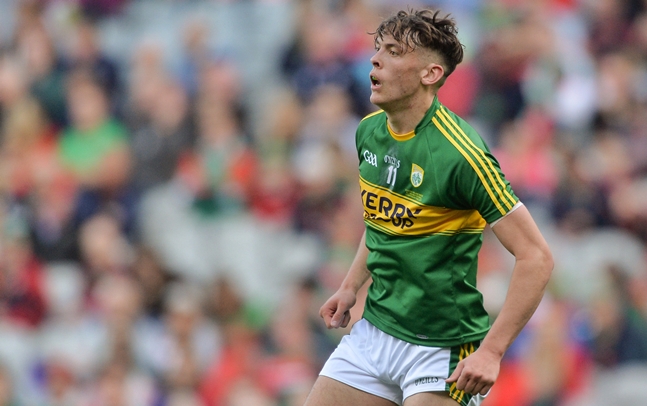 Fortunately for fans of The Kingdom, Clifford is not for moving.

On Radio Kerry's 'Terrace Talk', the forward told Tim Moynihan that he would "definitely" be committing to the Kerry football panel in 2018. "My mother wouldn't let me go," he joked.

"Of course [I have thought about it] and there are a lot of alluring factors that might lure you in.

Stirring words from the young Kingdom star but, as he well knows, the hard work on that path to becoming a Kerry legend is only beginning.

You can listen to the Clifford clip below and the full interview on the Terrace Talk podcast.

popular
How The Mountain lost 36kg ahead of boxing fight with The Beast
Sam Bennett's green jersey masterclass got Lance Armstrong talking
Irish cyclist Sam Bennett delivers classic putdown to British cycling magazine
"He's found a way to do it. Whether that's good or bad for the game, I don't know"
The SportsJOE 12 o'clock quiz | Sam Bennett special (Day 184)
Les Ferdinand explains why QPR didn't take the knee
QUIZ: Can you name every player to score four goals in a Premier League game?
You may also like
1 month ago
"Even on player's bad days, you were very kind" - Seán Óg sums up O Muircheartaigh's magic
3 months ago
"I don't think forwards like when you play that half a yard in front"
3 months ago
"He was a nightmare to play against...you were just a sitting duck"
4 months ago
Closed doors no issue for O'Brien
5 months ago
"I'd play 18 holes of Pitch n Putt" - Jack O'Shea's All-Ireland final prep pure class
6 months ago
St Patrick's day memories: Rural Caltra with one of the great underdog triumphs
Next Page