"I probably don’t take too much notice of it."

It's hard to believe that David Clifford is only 23 years old, as it feels like the Kerry star has been torturing county defences forever.

The flying forward burst onto the scene at such a young age, it felt as though the weight of Kerry's expectations were thrust onto him pretty much immediately. 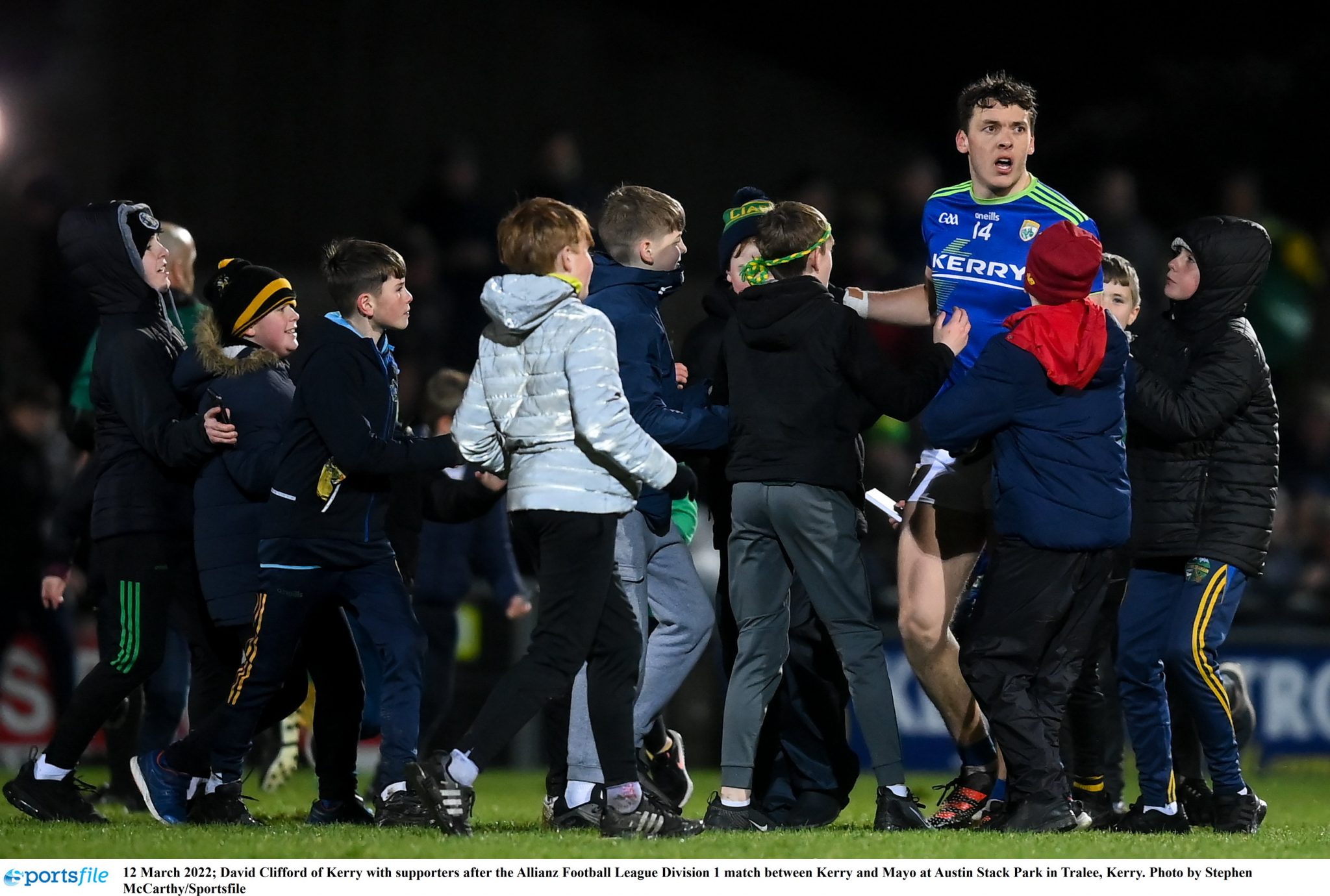 END_OF_DOCUMENT_TOKEN_TO_BE_REPLACED

Since then, Clifford has continued to impress, and deliver quality performances, but for as long as The Kingdom go without winning an All-Ireland title, there last being in 2014, then the pressure and attention, wanted or not, will continue to mount on their number 14.

Darran O'Sullivan had retired from the county panel just one year after a young Clifford was introduced, so the former Kerry legend was delighted to chat with the prodigal son at the launch of SuperValu’s #CommunityIncludesEveryone campaign.

The GAA Hour host wanted to know first and foremost how the Fossa clubman copes with so much attention, and from such a young age. 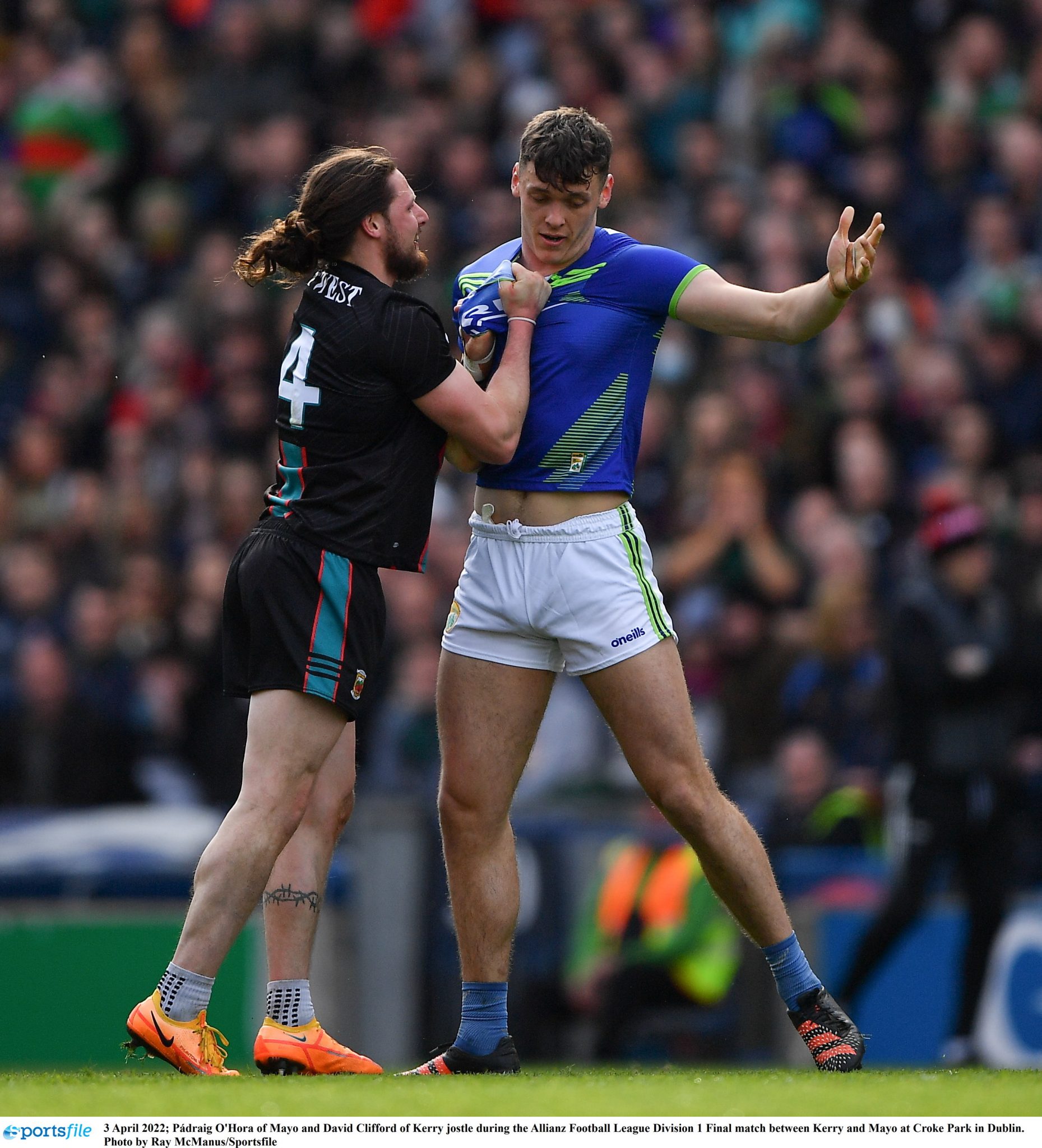 "Since you were 16 or 17, people have been talking about you, and then with the minors, you more or less went to Croke Park and sent out a couple of messages, it feels like a lifetime ago now that you kicked 4-04 in the minor final.

"Have you found it tougher every year with the amount of attention you’re getting, on and off the field?

"And I know you’re not the most active on social media, which is probably a good thing, so you’re able to get away from it. But have you found every season that the amount of attention that you’re getting is increasing?" 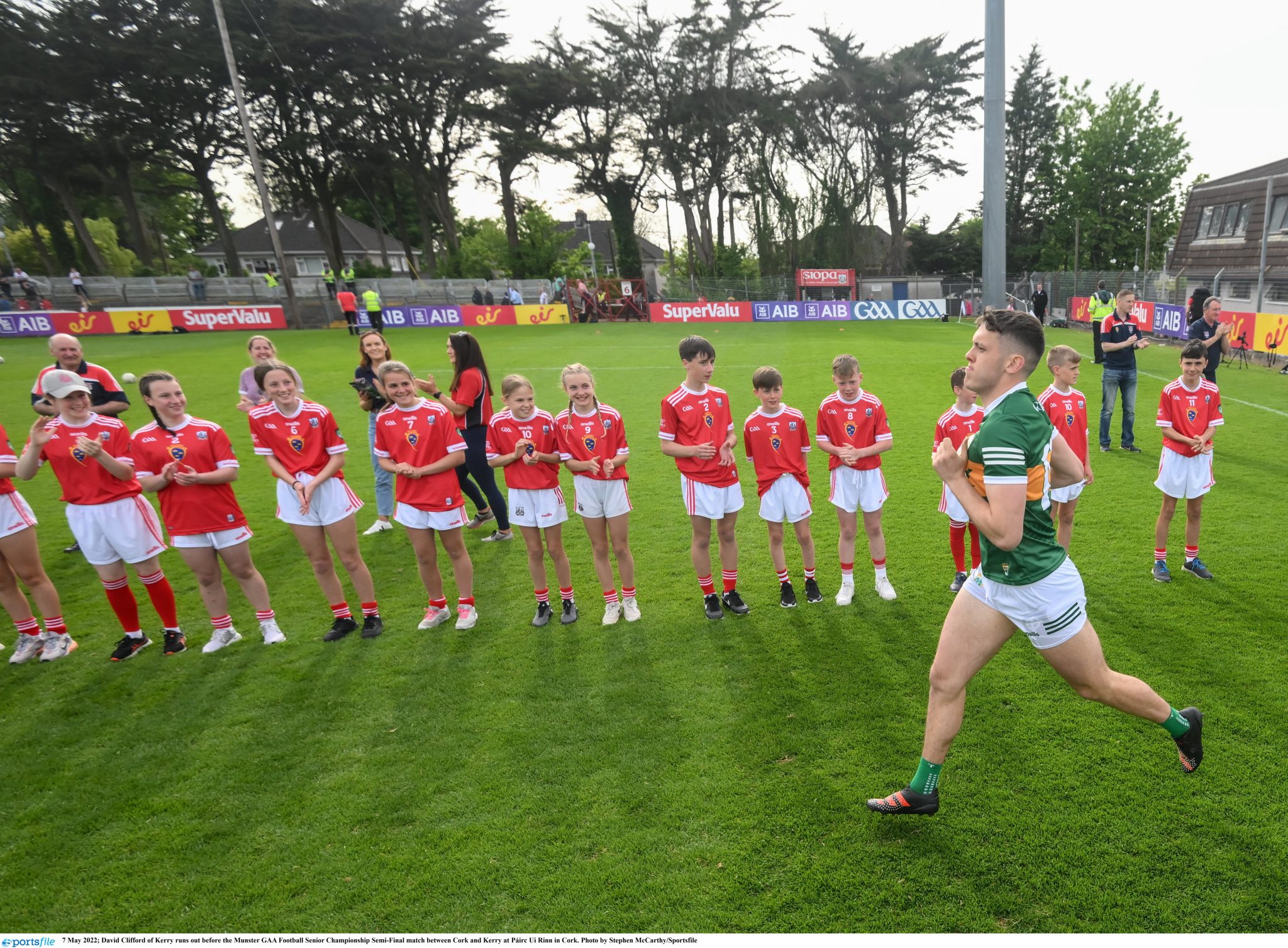 "In terms of the off the field stuff, like you said, I probably don’t take too much notice of it," said Clifford.

"I don’t hear about it too much which is probably a positive thing. In terms of on the field, look, some teams have their styles, some teams drop bodies back, others don’t, and they go toe to toe, so yeah it has changed over the years, but I think luckily, every year in Kerry, we’ve had scoring forwards. 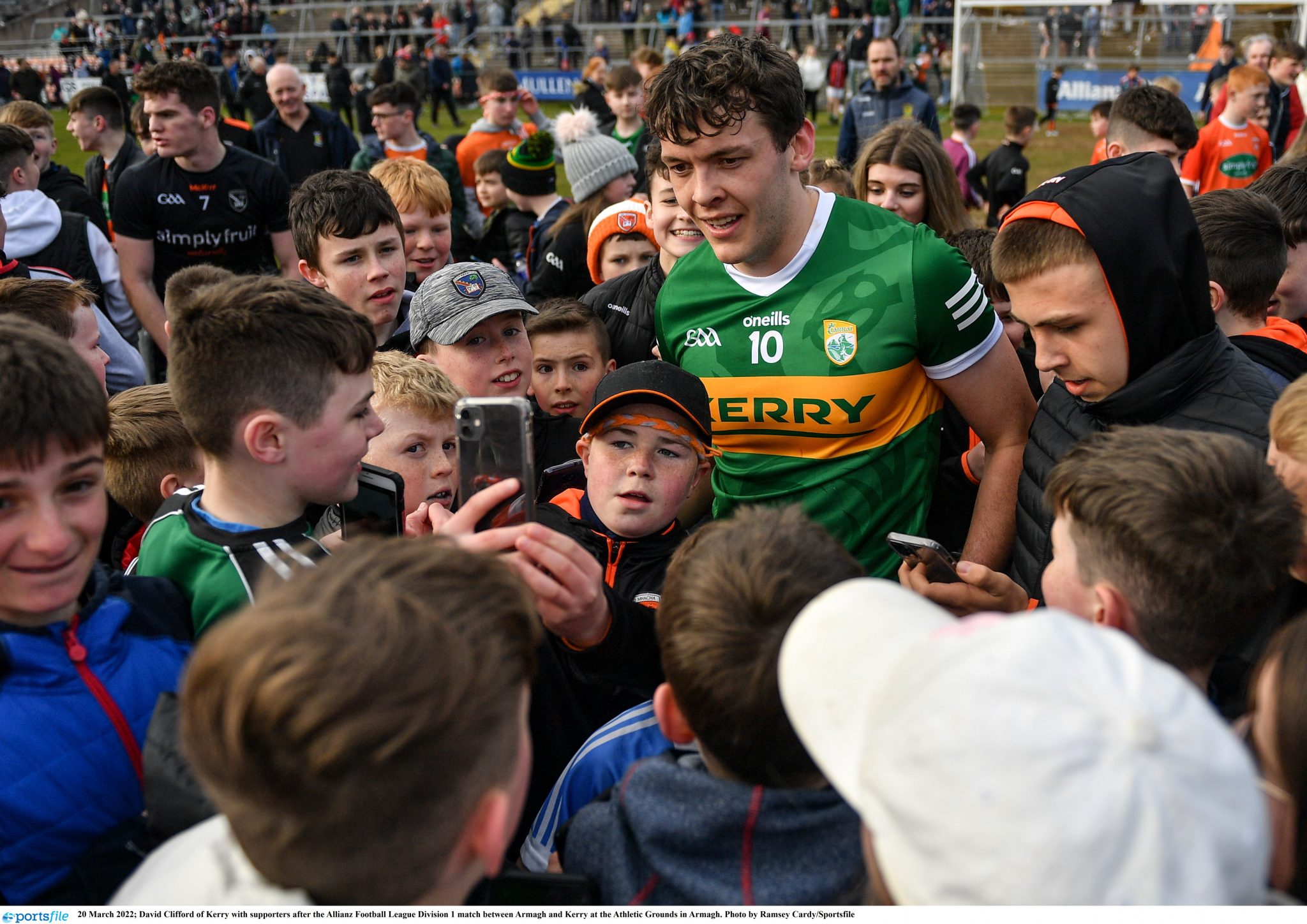 "So if it’s not me who is doing the scoring, it doesn’t particularly matter, you know what I mean? I’m happy enough with that.

"So long as somebody else is doing it, and that’s been the case most of the time, so some days you get more attention than others maybe, but you’re still having a one on one duel with a man, most days you go out, which hasn’t changed."


popular
Cutting through the contradictions from one of the worst television segments of the year
Roy Keane shows great comic timing after Jack Grealish party invite
Noel Gallagher left 'covered in blood' after headbutt from Ruben Dias’ dad
France the sore losers as Ireland Men reach first ever Sevens World Series final
Ralf Rangnick nicknamed 'specs' and subject to 'bully behaviour' at Man Utd
Josh van der Flier 'on another level' as he gets Sean O'Brien's vote
"I don't want to stick the knife in" - Are Leinster in Munster's heads?
You may also like
5 days ago
"County football isn't for everyone" - Down captain Barry O'Hagan hits back at criticism
1 week ago
Eamon McGee reveals what Rory Gallagher was like under Jim McGuinness
1 week ago
If you're going into battle alongside Gareth Mckinless, then you will always have a chance
1 week ago
Rory Gallagher absolutely loses his mind celebrating as Derry beat Monaghan in Ulster semi-final
1 week ago
Monaghan will be a "different kind of challenge" compared to Tyrone says Derry boss
1 week ago
"I enjoyed it" - Padraig O'Hora opens up on his battle with David Clifford in League final
Next Page