Growing up, David McInerney won everything.

A Munster minor with Clare, two under-21 All-Irelands and in his first year senior, he came back with an All-Ireland medal and an All-Star award.

It wouldn't be a bad tally to retire on, but McInerney and his Clare colleagues had the mantelpieces stacked by 21. Logic suggested that these budding blue-bloods would push on to dominate hurling for years, but they soon learned the harsh way that after reaching the top, staying there is twice as hard.

It wasn't until 2018 when Clare made it back to an All-Ireland semi-final. Their record in Munster was dismal for years.

"We were just winning, and lads thought that was always going to be the case," he says on Thursday's GAA Hour Hurling Show. 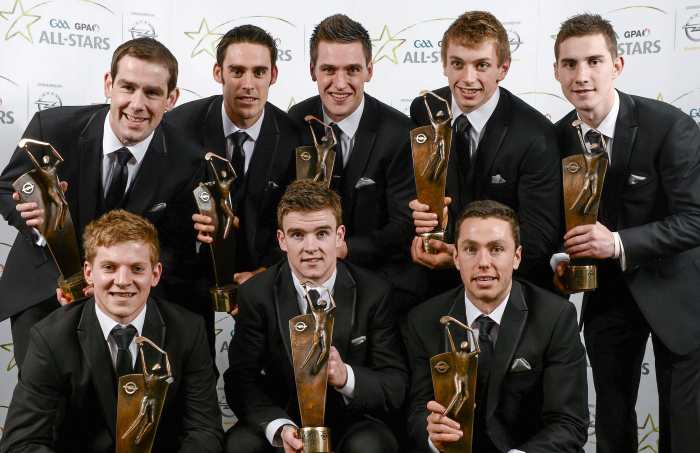 "We found out afterwards, you don't win anything without a serious work-rate, we have a step-up to make in that regard..."

2019 passed disappointingly for the Banner when after some early season optimism, they were dumped out in Munster. Now, Brian Lohan is back with a coaching ticket that include's Galway's Sean Treacy, and hopes are high that the golden generation can scale the peaks of 2013 again.

After all, they're still a very young bunch.

END_OF_DOCUMENT_TOKEN_TO_BE_REPLACED

Some tweaks and changes will be made in their pursuit of the holy grail, and one definite switch has been McInerney's from full back to midfield. The Tulla club man won a Fitzgibbon Cup under Lohan with UL and he's enjoying the new lease of life the move has given him.

"It's not completely new to me, I've played a bit in midfield and forwards with the club..."

There are some big changes from full back though, most notably the responsibility that comes with being in possession.

"Your job is so clear-cut when you're full back but in midfield, you have a man to mark but you've a lot of other jobs too. You're trying to cut down on space, trying to get on the ball too. You can afford to be a little bit looser...When you're full back and you get the ball, you know you're not going to be tackled from behind or from the side, whereas when you're in midfield, you have to have eyes on the back of your head..." 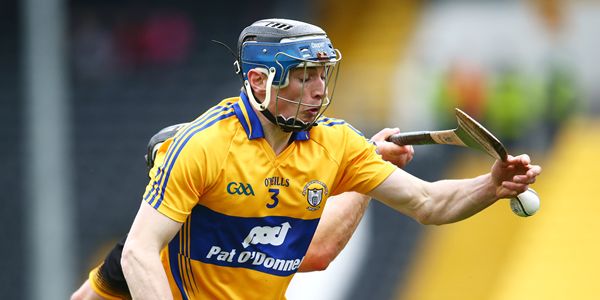 Looking back on his time as a full back, McInerney was never a huge fan of the sweeper system that Clare have trialled at various times over the years. He claims that as a full back, it felt like 'cheating' and much prefers the one-on-one, man-on-man battle.

"You think it's insurance. The idea of a sweeper is brilliant but I think teams know how to play against them as well and you're taking away from your attack too. The aim of hurling is to outscore the opposition rather than to contain them so my opinion on the sweeper is you're admitting defeat to the forwards you're playing already...If you're playing the sweeper all the time,  teams can value it, whereas I do value the sweeper to be thrown into a game the odd time..."

"There is definitely a place for the sweeper in hurling but I do enjoy the 15 vs 15 games because it's more enjoyable...you nearly feel like you're cheating when you're full back and you have a sweeper..."

A teacher by day and a farmer elsewhere, McInerney is a big advocate of the benefits that working outdoors can give an athlete.

"I enjoy the farming in the summer because I feel like my body isn't idle and I'm active and I've something to focus on. I find the farming is a great distraction in the summer, and it's lovely to be working outdoors. I feel like when you're active outdoors, training and matches are easier, you feel looser when you've been out in the fresh air all day..."

Davy Mc's fitness will never be in doubt.

You can listen the most recent GAA Hour episode here.


popular
The SportsJOE 12 o'clock quiz | Day 19
How Stephen Kenny talks about Egan and Brady is most exciting thing he brings
In an age of anxiety, Irish football finally rejects fatalism
QUIZ: You won't be able to name all of these one-club legends
The SportsJOE 12 o'clock quiz | Day 18
"I don't want to manage the Irish team based on who has the number of appearances for a certain club"
QUIZ: How well do you know Manchester United players of the 2010s?
You may also like
1 week ago
Free spirit James Cha happy out in peaceful China
1 week ago
"I'd play 18 holes of Pitch n Putt" - Jack O'Shea's All-Ireland final prep pure class
1 month ago
The GAA Hour | Ryan McCluskey interview, manager speeches and Brian Howard saw nothing
1 month ago
The GAA Hour | Weekend preview, manager speeches & medical team etiquette
1 month ago
The GAA Hour | Football | Mayo 'standing off', Congress analysis and the Tunnel row
1 month ago
The GAA Hour | Hurling | Cork's 10 week break, O’Donnell skill and MORE red cards
Next Page