With Ross King moving from corner forward to midfield for Laois this year, it was a topic of discussion on the GAA Hour.

King was on the show on Thursday to speak about his change in position but one man to do something similar was Galway legend, Damien Hayes.

Hayes is certainly not a tall man, measuring up to five foot seven inches but in his eyes height isn’t a major factor when it comes to playing midfield because of the way the game has gone and can relate to King’s frustration playing in the forward line.

“Well, basically I think the game has gotten a lot faster in the last couple of years…when you’re playing corner forward it can be very difficult to influence games.

“I played corner forward for 80 percent of them time and my performance often was influenced by how well my half-back line and midfield were playing.

“If they were struggling or they weren’t playing well, the supply of ball wasn’t coming in as good or as quick or as fast as you’d like.” 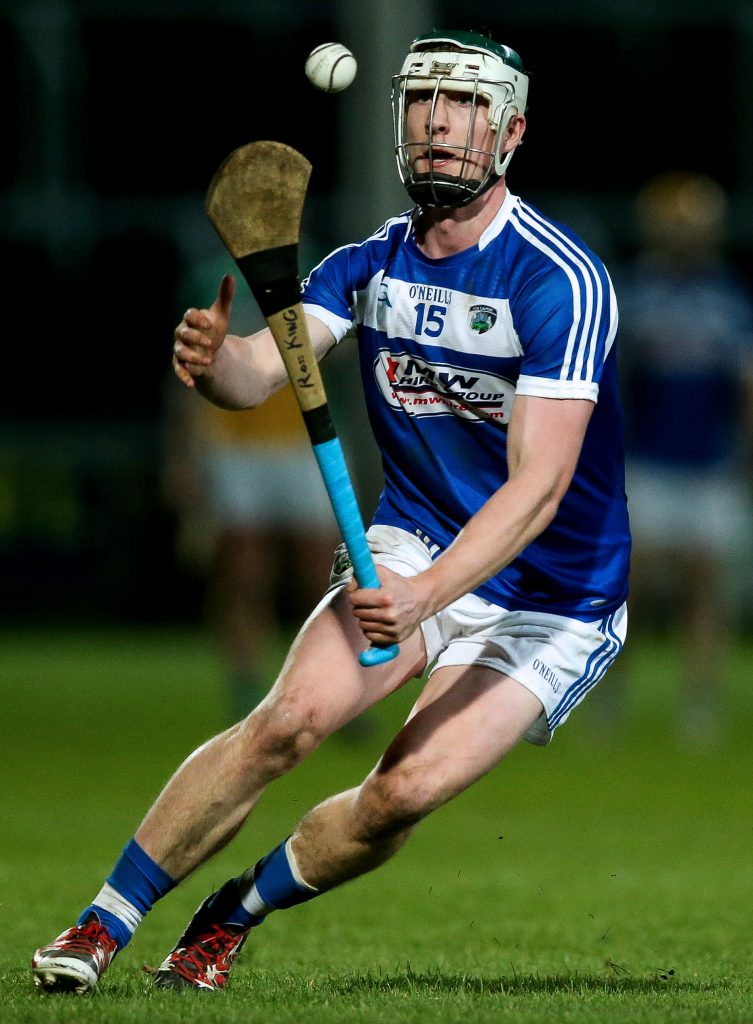 Conal Keaney was also on hand to weigh in on Ross King’s decision and how the game has shifted the last few years.

“The game has changed, no longer can you have big lads just hanging around the middle or a big lad full forward and just lump it into him.”

Throughout all of this, Damien Hayes couldn’t help but dispel one of hurling’s ultimate clichés.

“It’s all about the quality of ball coming in and lads say ‘There’s no such thing as a bad ball.’ Which I think is absolutely rubbish; of course there is such things as a bad ball.”

And Hayes pointed out what is now the key for the making of a good corner forward.

“When you’re a corner forward, the biggest attribute you need now is patience and discipline and sometimes you can terribly be frustrated when the ball isn’t coming in and isn’t coming in fast enough.”

All you impatient and undisciplined forwards out there should all take a leaf out of the three-time All Star’s book.

You can listen to the full discussion below starting from 3:55

popular
QUIZ: You have 30 seconds to answer this one tricky football question
The SportsJOE 12 o'clock quiz | Day 286
SportsJOE 2000s Football Quiz | Round 11
You'll have to be a diehard fan to get 20/20 in this Liverpool players of the 90s quiz
Here's a list of 23 people who own a greater share of the UFC than Conor McGregor
Wayne Rooney story about Memphis Depay shows why he failed at Manchester United
Conor McGregor mentions title outsider when quizzed on next opponent
You may also like
4 days ago
"The divil you know is better than the divil you don't" - Larkin stands by Cody
1 week ago
"Is it curry or is it stew?" - Seamus Flanagan and a Limerick training session in November
4 weeks ago
"Cillian O'Connor, amazingly, didn't even flinch at what was said by Philly"
1 month ago
"It's going to be very hard to see anyone laying a glove on Limerick for a while" - JJ Delaney
1 month ago
"He isn't a flat track bully; he's the reason Mayo hammered them"
1 month ago
Mayo know what's required to beat Dublin... but it could get dicey
Next Page