Converted corner back sums up the magic of Davy Fitz

Davy Fitz just gets the best out of players, doesn't he?

For the fourth time in their last five meetings, Wexford have gotten the better of Kilkenny. For the seventh time since Davy Fitzgerald took over as Wexford manager in 2017, his side have beaten Brian Cody's team.

And though this was just a League game in the depths of Storm Dennis, against an under-strength Kilkenny team, this will surely go down as one of the most satisfying victories.

Wexford show plenty of resolve to hold out in Wexford Park against a monumental second half wind.

Level scores with 47 minutes played, trouble for Wexford was they were playing into a monumental south east gale. The home side had used the breeze to their advantage in the first half, leading by seven, on a scoreline of 1-10 to 0-6 at the break. But Kilkenny didn't dilly dally in eating into that advantage in the early stages of the second, and the board read 1-11 to 1-11 with 23 to go.

So when Richie Hogan swung over a second momentum-shifting back-foot special in the space of two second half minutes to level things up, you'd be forgiven for thinking Wexford's goose was cooked.

But the tougher it is, the more Fitzgerald loves it. The more his team love it and the more revved up Wexford gets.

Alright, their All-Star bench - O'Connor, O'Keeffe, Chin and O'Hanlon were their first four subs on - played a huge part in this thundering finish but what about Joe O'Connor's masterclass at corner back? How about Conor McDonald's consistency on the edge of the square? Kevin Foley's dependability wherever he pops up and Liam Ryan's gust of all things powerful at number three. 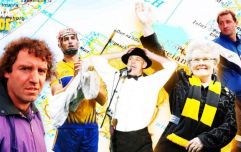 END_OF_DOCUMENT_TOKEN_TO_BE_REPLACED

It was the type of wind that would make a 21 yard free seem difficult. Sliotars hung like kites in the air and Wexford had no other option than to run, run and run. And to work like slaves. This was the type of victory they'll look back to for belief, when the season gets really serious.

We'll start with McDonald because he was the one who lit the touch paper in Wexford Park. The Naomh Eanna club man was an underage sensation who mixed the sublime with the okay before Fitzgerald's arrival. Now, at 24, he's a horse and cart of a full forward who's playing with confidence and abandon.

The quintessential big full forward, McDonald loves high balls but he has the touches too. His early captured the brilliant blend well.

The quintessential big man on the edge of the square.

But Conor McDonald's touches are quare fine as well, as they say in @OfficialWexGAA😍

McDonald wasn't for fading out of this game. Whether it was one-handed flicks of genius out by the sideline or an interception Alan Murphy won't forget, he kept himself busy and there are few better competitors when a ball breaks.

Down the other end, another prized pedigree bullock dazzled. In reality, it was just a trademark Liam Ryan display. In front of him, Crossabeg Ballymurn's Paudie Foley is becoming one of the most dominant number sixes around.

Then there's Joe O'Connor. Underage, O'Connor was a wispy, skilful midfielder/forward who'd remind you of Lar Corbett with his elusive style. Wexford are loaded in midfield though, and Davy has watched O'Connor revert to full back for his club St Martin's. On Sunday, Joe put in a tigerish display at corner back, coming out with a number of inspirational balls late on, and one that Wexford folk feel may kick-start his Wexford senior career.

Davy just knows how to get the best out of players, and if you look at this potential XV, you'll see that each player has improved under his guidance. 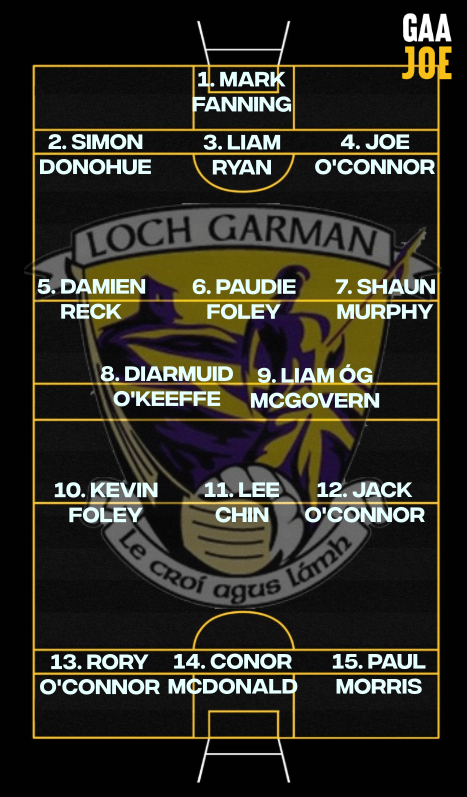 When you see Paul Morris for example, chipping in with brilliant scores, Jack O'Connor lording it at half forward and Kevin Foley popping up anywhere and everywhere, getting a hurl in and a pass off, you realise the magic of Davy Fitz.

He has these Wexford players playing at their very best.


popular
The SportsJOE 12 o'clock quiz | Day 104
James Haskell on text exchange with Peter O'Mahony after Ireland's victory over Scotland
"Shane was just gifted. He could play centre back, centre forward, he had everything"
David Beckham recalls how a trip to Ireland got him in trouble with Alex Ferguson
The SportsJOE 12 o'clock quiz | Day 103
"The academy boys have turned into small monsters over the past few weeks" - Peter O'Mahony
"I have more work done than any player in Ireland" - The Trevor Giles tribute show
You may also like
2 months ago
Quigley's shot from heaven is worth a year without hurling
3 months ago
Ranking the most audacious and ridiculous skills pulled off by Irish sports stars
4 months ago
"I want the lads to realise there's only a certain amount of time, 'let's make the best of this'"
4 months ago
O'Donnell sees red for standing his ground before O'Connor settles it
5 months ago
Wexford trailblazers go down but father and son show why club GAA is best
7 months ago
GAA JOE hurling team of the weekend
Next Page