"His consistency for Tipperary over the years has been phenomenal"

Conor Sweeney comes up trumps for Tipperary when it matters most. That's just a fact of life.

Through bad days and good, through wins and through losses, through the years and through the games, the sharpshooting Ballyporeen forward has consistently made big plays and kicked big scores for Tipperary. It's what he does.

On The GAA Hour Show, Colm Parkinson and Cian Ward waxed lyrical about the Tipp talisman.

"It's very obvious the leadership role he plays within that squad," began Ward.

Man of the match Conor Sweeney on the single-minded approach by @TipperaryGAA in advance of their Munster final triumph #rtegaa pic.twitter.com/UxJAQACqpU

"His leadership in terms of getting vital scores when they need them and being the man that they deliver the ball to when they really need something to happen.

"That's what he's been for Tipperary for a number of years and his consistency for Tipperary over the years has been phenomenal, putting up big scores often times when Tipperary were under pressure and weren't getting the victories, he still always did very well.

END_OF_DOCUMENT_TOKEN_TO_BE_REPLACED

"Really patient, waiting until the right moment and then coming lively off the shoulder, getting the few yards on his man and then clipping lovely scores. What a fitting way for him, as the leader of the team and the captain, the guy who's been delivering for them all the time - putting in a performance like that when they did get over the line. It really was fantastic personally for him..."

"He scored some invaluable points. How many times do we see it in games when forwards win a ball down low and under pressure, they fumble it, make a bad pass or worse again, they drop it into the goalkeepers' hands. All of those things were bang on from Sweeney at key times in the game - certainly at the start of a final like that when you're the underdog - it's so important to get a bit of momentum and to give your team confidence." 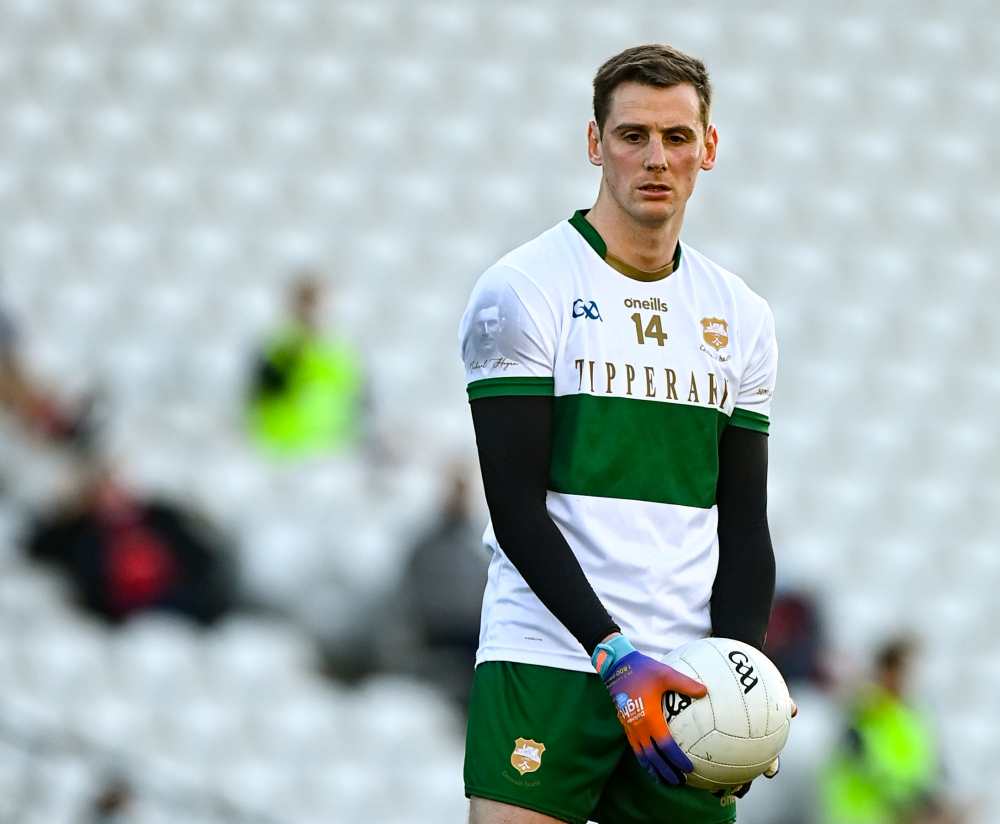 Colm Parkinson was impressed by Sweeney, both on and off the field.

"What a satisfying feeling for Conor Sweeney to have been captain of the team and lift the cup for the first time in 85 years and to have been man of the match. You led by example, you were the best player on the field. Once before, I was man of the match in a county final as captain and while that's a much lower level than Conor Sweeney, I can only tell you the sense of satisfaction, that you've done your job as captain and the team has won...oh my God like that is special."

"Everything the man says seems to be completely sensible, completely natural too. Just a really natural fella and a brilliant leader."

"What an impressive individual he is."

You can listen to the GAA Hour Football Show with Colm Parkinson, Cian Ward and Conan Doherty here.

popular
The SportsJOE 12 o'clock quiz | Day 286
Nate Diaz set a UFC record during his five-round war with Conor McGregor
Wayne Rooney story about Memphis Depay shows why he failed at Manchester United
Alex Ferguson's dismissive comments confirm truth about Jordan Henderson
"There were some tough battles but I was happy to test myself against the best"
'Conor was the first one that asked me how I was... He has heart' - Max Holloway
QUIZ: Name the clubs to have lost in every Champions League final
You may also like
1 month ago
"The way Tipperary approached this game, I thought it was refreshing"
1 month ago
Cillian O'Connor the record-breaker as Tipperary fairytale ends
1 month ago
"I think the momentum we had gained helped us against Cork" - Christie agrees with Tailteann Cup
1 month ago
Pride of place brings tireless Christie back to the place he knows so well
1 month ago
"He took the attention off himself straight away. He won't get the credit he deserves"
1 month ago
O'Riordan's prodigious journey deserved this Holy Sunday
Next Page