There was a meanness about Con O'Callaghan this summer.

The military style buzz-cut, the bustling frame, the insatiable appetite to turn and drive at his man whenever he got his hands on that ball.

That's how it's been from a young age according to the Cuala man, who picked up his Player of the Month award for August at the PwC offices on Thursday.

"When you go for a goal a point will probably pop up anyway. That's what I was told from a young age. Get your man and go straight for the goal, something will happen for the most part."

It's a tactic that could sustain every forward. Go hard, go fast and go straight. It's what defenders hate. No defender had a good time of it on O'Callaghan this summer, the favourite to become Footballer of the Year.

As for the broadening shoulders, O'Callaghan puts it down to hard work and graft. The fact that Cuala were knocked out early ensured he had plenty of time to focus on different aspects of his game in the winter months. 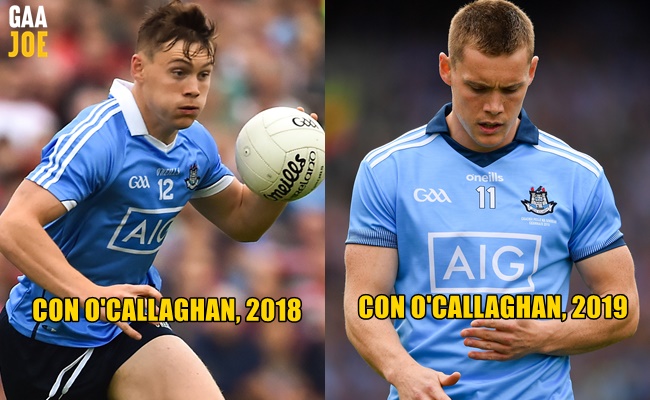 "I suppose I've been getting stronger every year but there is probably only a kilo or two difference in my weight since last year..."

"It was a good bit of hard work. This year was the first year I had a league campaign with Dublin because we were knocked out with Cuala so I kind of had a bit more time to work on all aspects of my game. Jim was obviously a part of that but it wasn't my intention no..."

And the haircut. The murmur was that it was a statement of intent from the Dublin players, with Paul Mannion, Scully, Con and the two Smalls all sporting military style buzz-cuts. But O'Callaghan puts it down to a bit of boredom during the summer, before his teammates caught onto the trend.

END_OF_DOCUMENT_TOKEN_TO_BE_REPLACED

"It was in May or something. I was just finished my exams for college, all my mates were going to America so I had to do something. I let my brother get a razor out and shave my head. It was absolutely in bits. He did his best job, actually my two brothers did their best job at ruining my hair and then I went to the barbers and got it chopped so yeah I kept it going....2

"Paul Mannion followed me and then Smally, Paddy Small is the latest addition, he got it done the other day so yeah there's a couple of  us..."

O'Callaghan, who's studying for his masters in accounting in Smurfit business school, gives a lot of credit to his father for his interest in Gaelic football, and admits that seeing the pride in his face on Saturday evening was one of the best moments of a great weekend.

"He introduced me to football. He was my brother Cian’s manager - he would have managed Cian’s team since he was five. He would have brought us everywhere, he would have been on the side of the pitch. He would have coached my three brothers, coached all our teams, bring us to every training, driving it on.

"He’s had a massive influence. it’s really special. He watches the matches back more than I do. He’d watch the replay again and again because it means so much to him." 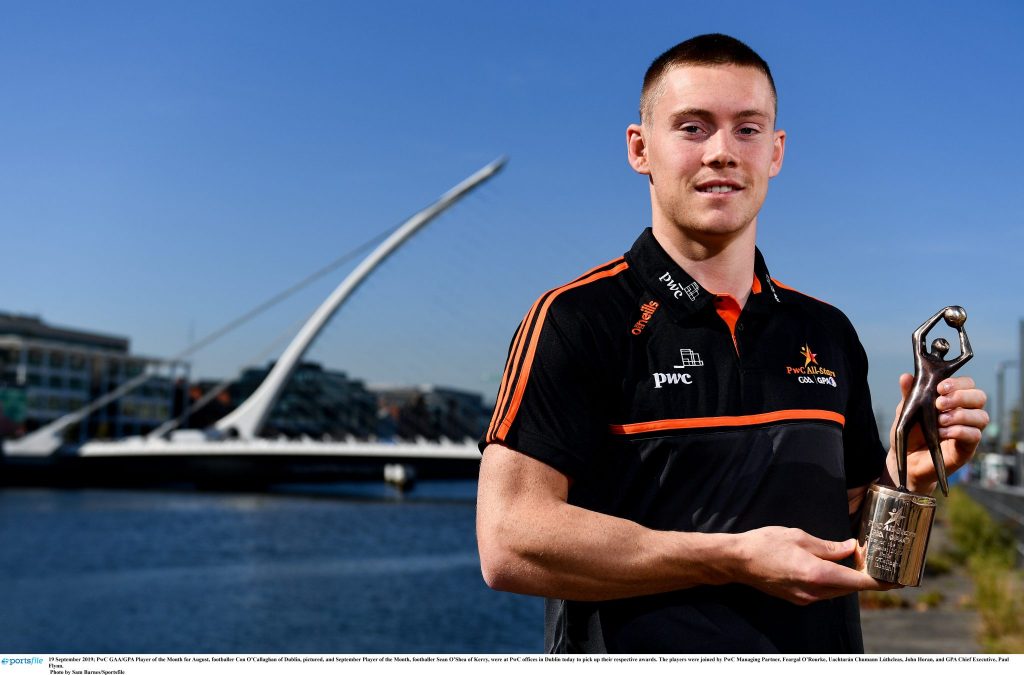 
popular
QUIZ: Guess the Premier League footballer from their Wikipedia page
The SportsJOE 12 o'clock quiz | Day 190
QUIZ: Can you name every top European football club that begins with 'L'?
SportsJOE 2000s Football Quiz | Round 1
"I remember looking at the players, in the warm-up, and Keats was just bawling crying"
Man City to sign Ruben Dias as Leeds inch closer to Bayern star
Only a true GAA expert will get full marks in our county crests quiz
You may also like
1 week ago
"My own mother would go to three games on Saturday, three games on Sunday"
1 month ago
"I'd say to fellas 'if you bring a friend and they stay playing, we'll give you a prize"
1 month ago
"That's a risk I'd be willing to take" - Byrne ready and raring for a championship
1 month ago
Goal disallowed in Dublin SFC because player wasn't wearing his gumshield
2 months ago
The former Dublin minor star that led Ireland to Grand Slam glory
3 months ago
No promotion or relegation in Dublin championship in 2020
Next Page