Colm Parkinson: Are the GAA's problems even worse after Aogán Ó Fearghaill's tenure?

"I would establish a small work group to devise a template and bring clarity to our fixtures schedule. We need our full games programme clearly set out for all competitions."

Around this time three years ago, on the eve of his election, former president of the GAA Aogán Ó Fearghail set out his manifesto which included the above.

Considering the start to the year we have had in both hurling and football - especially football - you could say it hasn’t worked out too well for Aogán.

The fixtures schedule is a shambles - the Super 8’s restructure, which Aogán supported and described as ‘brave and bold’, has made things at this time of year worse.

We now have an overly intense inter-county schedule from January to March causing chaos with players involved in Sigerson, Fitzgibbon and the All-Ireland club series.

“We need our full games programme clearly set out for all competitions,” Aogán said.

What lies over the horizon for the Galway lads beggars belief https://t.co/nQRGOVAh6t

To make matters worse for him and his manifesto, during his forgettable tenure over 20,000 club players have joined the CPA with the aim of fixing the fixtures. You would think our fearless leader would have embraced the CPA, considering their slogan is exactly what Aogán unsuccessfully set out himself to do three years ago.

Funnily enough, he even went further when he said:

END_OF_DOCUMENT_TOKEN_TO_BE_REPLACED

The CPA tried to act upon it and asked the president to address congress last year. Unfortunately, they were given short shrift with Michael Briody explaining: “we wrote to the President as required under rule 3.35 to formally request the right to speak at Congress. He has replied denying us the opportunity to speak stating it would be inappropriate. The Uachtarán, in doing this, has ignored the will of more than 20,000 CPA players.”

Whether intentional or not, the president of the GAA denying the CPA the right to address congress sent out an early message to delegates. Bear this in mind now that we know a simple motion from the CPA for voting transparency received just 17% support at this year's congress, last weekend.

“The club is the most important part of the Association”

Of course, the president didn’t cover himself in glory with the controversial Sky deal either. Showing a complete disconnect to the grassroots he said, "we don't get any criticism from counties or clubs”.

This is despite the fact that the Clare county convention successfully passed a motion opposing exclusive TV deals, while Leitrim and Roscommon did something similar.

END_OF_DOCUMENT_TOKEN_TO_BE_REPLACED

However, all three motions were ruled out of congress this year because they were too similar to St Joseph’s Boys club in Dublin's failed motion in 2016 “that all intercounty championship matches broadcast live be available free-to-air.” That motion was backed by Kerry.

The GAA explained they needed Sky in the bidding process to keep the other media outlets honest, thus ensuring top price for the association in negotiations. Director General Pairic Duffy said, "any restriction that prohibits the GAA from engaging with all interested parties, including subscription TV providers, would seriously reduce our negotiating power."

Of course, it’s important to point out that keeping Sky in the bidding process, which makes sense, and subsequently giving them a brand new five-year deal are two completely different things.

Showing a complete lack of empathy for the growing resistance to the Sky deal at grassroots level, Aogán said after that congress: “There were 30 votes at Congress against the media rights deal. The debate is over.”

There are other memorable moments too though.

Remember when he said the Super 11’s was a one-off in response to criticism from Cheddar Plunket, saying “‘Cheddar’s point is right, his general point is right: It is more important to promote hurling in Ballybay than Boston and I accept that. The game in Boston was a one-off game. It was of no cost, as far as I’m aware, to the association”

“The game in Boston was a one-off game” 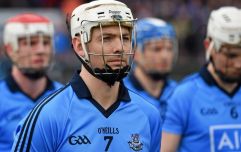 END_OF_DOCUMENT_TOKEN_TO_BE_REPLACED

What about his apparent apathy to the astronomical GPA salaries? “I don’t know what their salaries are but I absolutely do know, because this was a key part of our agreement, that any expenditure by the GPA in terms of salaries, only 25 per cent of our money can be spent on that.”

Based on this, the GPA should be more honest about where the money from their fundraising goes because I’m not sure people would be as eager to hand over their hard earned money if they knew it was going towards GPA salaries totaling  €921,121, with payments to "key management" of €490,418.

“I don’t know what their salaries are”

Of course, Aogán won’t see his tenure the same way I have. In true David Brent style, he spoke about his successes in an interview with Sean Moran of the Irish Times at the end of last year.

“We wanted to make sure clubs had more space to play games.”

Over to you, John Horan.


popular
James Haskell on text exchange with Peter O'Mahony after Ireland's victory over Scotland
The SportsJOE 12 o'clock quiz | Day 103
Fines and suspensions in Tipperary after stewards enquiry
Can you name the first clubs these players went to after leaving Celtic?
"The academy boys have turned into small monsters over the past few weeks" - Peter O'Mahony
Magician Dowling showed his true character as unwilling super-sub
SportsJOE 2000s Football Quiz | Round 8
You may also like
11 months ago
'Michael Murphy would be the No.1 transfer for every inter-county side'
11 months ago
"I see Mayo as dead men walking, ready to be taken out" - Colm Parkinson
1 year ago
"I don't believe for a second that his contact lens came out"
1 year ago
GAA Director General admits there is no plan in place if Dublin continue to dominate
1 year ago
Colm Parkinson: The handpass restriction will force managers to evolve
1 year ago
Colm Parkinson: Elitism in hurling is a huge problem
Next Page