Colm Parkinson: American experience is great but Brendan Murphy might regret this one

It was 1999 and Laois manager Tom Cribbin was naming the team ahead of our Leinster championship game against Westmeath.

I was waiting for number 7 to be called out so, as usual, I was concentrating hard just waiting for my turn. When it was was called out though, the name Joe Higgins went after it.

Suddenly, my heart was racing as I listened to the rest of the team being named. After number 7 was called out I’d usually zone out and have to ask someone later who was playing where but this time, I listened right up to number 15 thinking maybe they put me into the forwards, but no, I’d been dropped for the first time that year.

It was completely out of the blue - I had made my senior debut the year before, impressing enough to get International Rules trials. I made that panel and the following year won a Sigerson Cup with IT Tralee. My football career was taking off big time.

So I was so devastated with this, I actually felt heartbroken. 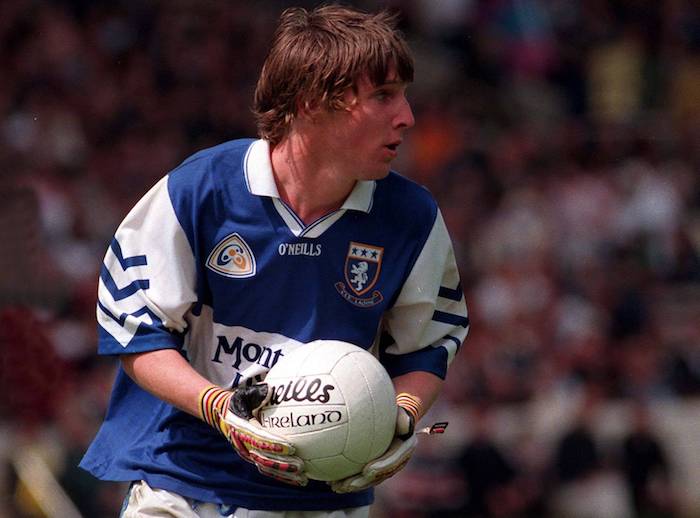 Ever impulsive, my answer was to leave the meeting, go home and contact a friend about playing in Chicago.

It all happened pretty quickly after that and I was gone for my first taste of the USA. In total, I spent five summers in America and I would never advise a player not to try it. It’s a fantastic life experience and with the deals offered to players out there then why not cash in?

Having said all of that, I was shocked to hear today that Brendan Murphy is heading Stateside for the summer. Brendan's case is different to mine as he's a guaranteed starter and all seems to be going well for Carlow. Usually when we see players leave during the summer, they are disgruntled panel players or else lads wait until their team gets knocked out of the provincial championship and then leave rather than hang around playing the qualifiers.

But it was very interesting to read his manager, Turlough O'Brien, indicate that championship was not Carlow's main focus.

"The league was our priority all along," he said. "We got our promotion and Division 3 will be our next really major goal. To stay up in that division next year will be the big thing."

END_OF_DOCUMENT_TOKEN_TO_BE_REPLACED

If that's the case, it's ironic that Turlough and most of the Carlow players are vehemently against a two-tier championship structure. In a two-tier, 16-team division, All-Ireland structure, Carlow would have a real chance of making All-Ireland quarter-finals in Croke Park in Division 2.

Whether that would convince Brendan to hang around, it’s hard to know. Some of the offers from America can be hard to turn down. Anyone who has played there will know how aggressively the American teams recruit players. 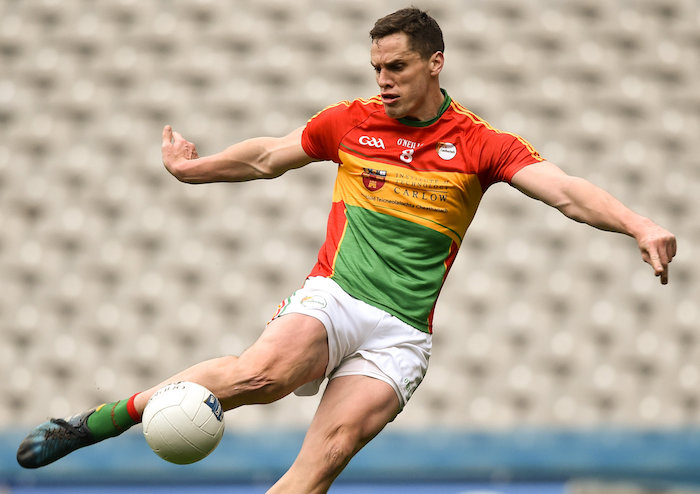 After playing my first year in Chicago, I was on their radar and got offers every year, even when Laois were still in the championship.

In 2001, I actually had a deal done before Laois were out of the championship. During Colm Browne's first year, I was on the team against Offaly in the Leinster championship. We lost that one narrowly and I got the call before the qualifiers began. Even though I knew we wouldn’t win anything, I didn’t want to leave because I was on the team so I told them I’d go the minute we were knocked out.

END_OF_DOCUMENT_TOKEN_TO_BE_REPLACED

I recently got a text from someone in America asking for Gary Walsh’s number. He had been dropped for the league final and the lads over there watch everything when it comes to recruiting players. I wouldn’t give out the number and told them not to ring him. I have, in the past, set Laois players up with clubs I’ve played with but only after Laois are knocked out of the championship.

This is for everyone, our families, friends and the men who soldered for so many years in the Carlow jersey for all the years in the darkness, with no reward, mark my words we are going to enjoy this one, we are Carlow ❤️💚💛

I'm sure Carlow fans will not take the news well. Many supporters, in every county, almost think they have ownership of the players and take it very personally when they walk away. Laois supporters were sick of me by the time I finished and, honestly, who could blame them? I walked away so often that it stopped being news.

It really hit home with me when Donie Kingston didn't commit to Laois earlier this year. I almost felt angry with him and had to stop myself and think of how many times I did the same thing.

The heartbreak of getting dropped in 1999 taught me a valuable lesson about intercounty football - don’t put all your eggs in the basket and be left with nothing if you’re dropped. I learned not to become obsessed with it, even though that’s difficult sometimes. It’s just a hobby and if you want to go and travel, or do something else with your life, just go and do it.

I travelled to South America, south-east Asia, Australia, New Zealand as well as spending summers in New York, Philadelphia, Boston and Chicago, all during my football career.

I don’t regret any of it but I never left midseason when I was Laois' most important player.

Time will tell how Brendan looks back on his decision.


popular
James Haskell on text exchange with Peter O'Mahony after Ireland's victory over Scotland
The SportsJOE 12 o'clock quiz | Day 103
Fines and suspensions in Tipperary after stewards enquiry
Can you name the first clubs these players went to after leaving Celtic?
"The academy boys have turned into small monsters over the past few weeks" - Peter O'Mahony
SportsJOE 2000s Football Quiz | Round 8
"I have more work done than any player in Ireland" - The Trevor Giles tribute show
You may also like
11 months ago
"The weights fell off both sides and I was left with the bar like a plonker"
11 months ago
'Michael Murphy would be the No.1 transfer for every inter-county side'
11 months ago
"I see Mayo as dead men walking, ready to be taken out" - Colm Parkinson
1 year ago
"I don't believe for a second that his contact lens came out"
1 year ago
GAA Director General admits there is no plan in place if Dublin continue to dominate
1 year ago
Colm Parkinson: The handpass restriction will force managers to evolve
Next Page