"It’s not something you want to hear."

The two teams will meet again this Sunday, and just to throw a little bit of added spice into it, Fennelly has claimed that his club took offence to remarks made by the Ballygunner co-captain.

Harry Ruddle scored a dramatic goal to win the game in the dying minutes of the All-Ireland Senior Hurling championship final last February, and when accepting the Tommy Moore Cup, Coughlan stated the following. 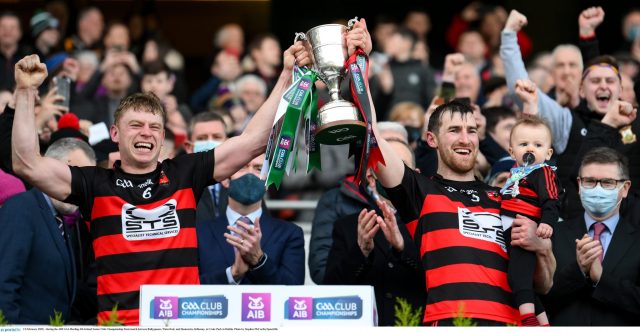 "And to Ballyhale, I'm not going to be patronising with ye, you're going to go down as the best club team ever. Like, literally we robbed it today, you know.

"I suppose ye have done that to other teams so I suppose it goes around, it comes around. But I mean that with most respect. You're on the road a long time and hopefully we'll see ye again next year if ye do get out again.”

Fennelly has since revealed in an interview with The Irish Examiner, that he has used this for extra motivation. 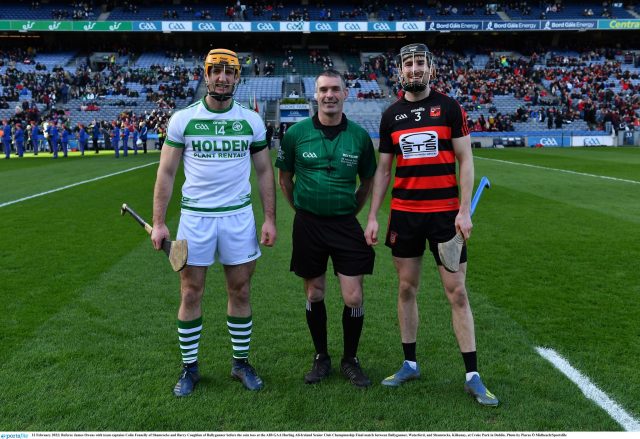 “We’ve played Ballygunner a good few times over the years, so for me it’s another game. It’s a big game, so it is. It’s an All-Ireland semi-final. They bet us last year.

“Their speech at the end of the game, it’s not something you want to hear. You want that little bit of respect but, look, we’ll keep our heads down, we’ll do what we can do over the next two weeks.

"I’m sure they’ll do the same. Whoever comes out on top will come out on top and that’s it, you have to take hurling the way it is at face value. If you’re not good enough on the day, you won’t win and that’s it.” 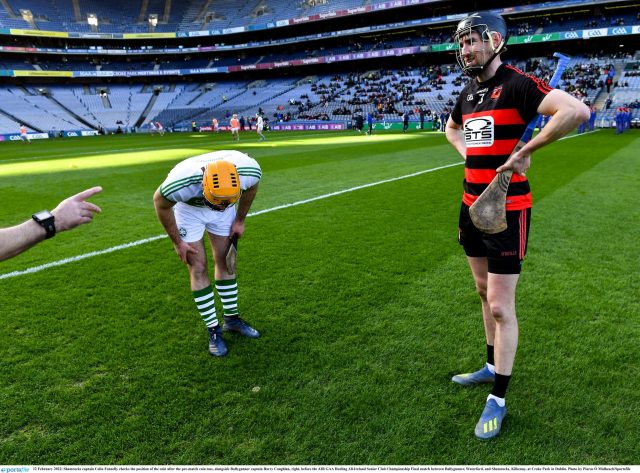 END_OF_DOCUMENT_TOKEN_TO_BE_REPLACED

When pressed if the speech was a sore point, the former Kilkenny star replied: “No, the sore point was we lost and that was it. You have to accept it.

"We’ve always showed teams respect and you just expect it back but that’s completely separate. It’s not something you like to hear but we lost and that’s the end of it.”


popular
Ireland vs Wales: All the big talking points, moments and player ratings
Conor McGregor offers solution to Croke Park fiasco that should suit all parties
Conor McGregor hit by car ‘at full speed’ while cycling
Hugo Keenan shows incredible speed to save the day after rollicking Irish start
Allianz National League Round 2: All the action and talking points
Everton release brutal 59-word statement to confirm Anthony Gordon departure
Ireland team to play Wales: Andy Farrell's XV, the big calls and bold cuts
You may also like
1 day ago
The SportsJOE Friday Pub Quiz: Week 9
1 week ago
Lidl launches One Good Club in support of youth mental health
2 weeks ago
Lee Keegan reveals who the toughest person he ever had to mark was
2 weeks ago
Paudie Clifford had the only response needed after being cleaned out by vicious elbow
3 weeks ago
O'Byrne Cup reduced to farce as Offaly withdraw from competition
3 weeks ago
Rory Gallagher expects Glen players to be back for Derry the week after club All-Ireland final
Next Page