This is our year. Again.

If you don't train, you won't play. That's what they say but you also won't win anything without your best players.

Every year, clubs go through the same rigmarole trying to win a championship but then it usually just descends into trying to get boys to training.

Here are the classic phases we're all too aware of. 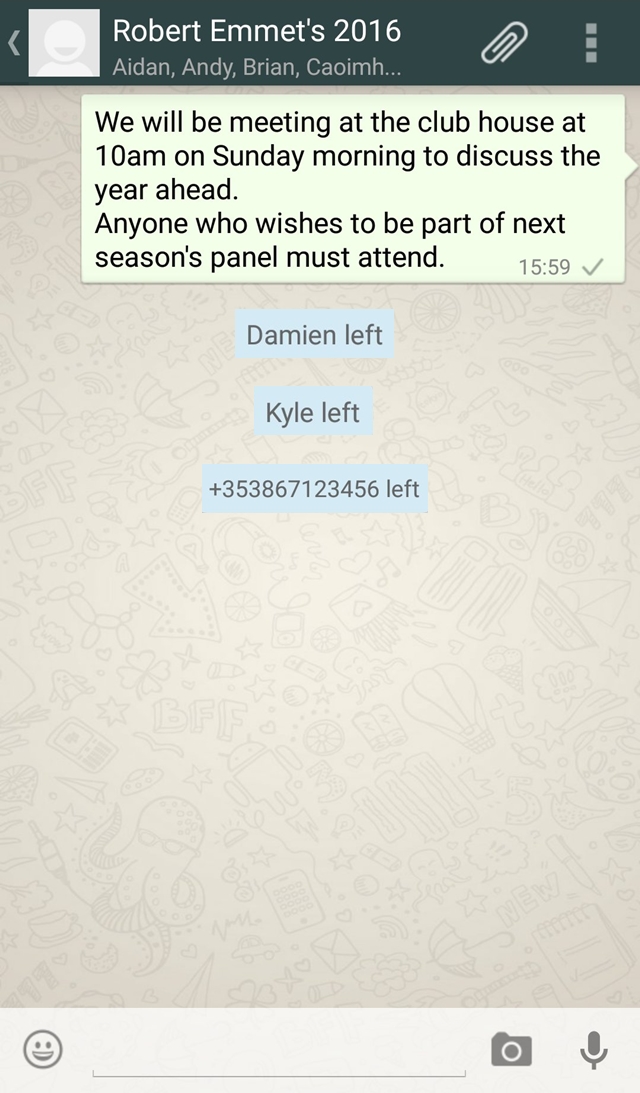 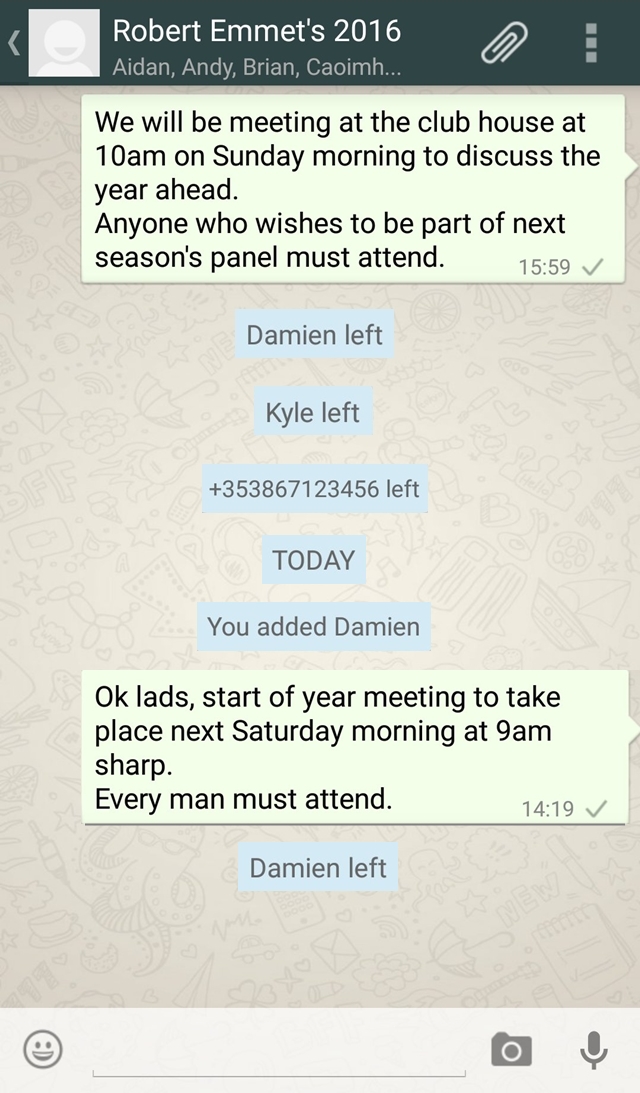 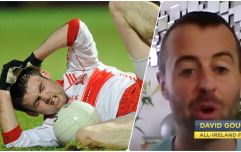 END_OF_DOCUMENT_TOKEN_TO_BE_REPLACED

Sometime in December. In the main hall. Food laid on. Someone will make a joke about not eating biscuits in front of the manager. A flip board will be used. Record numbers in attendance.

New conditioning coach, someone in to do performance analysis, an old player in to win the respect of the team and a new lad from a different parish who "wasn't good enough to play for them but now he's coaching us?" 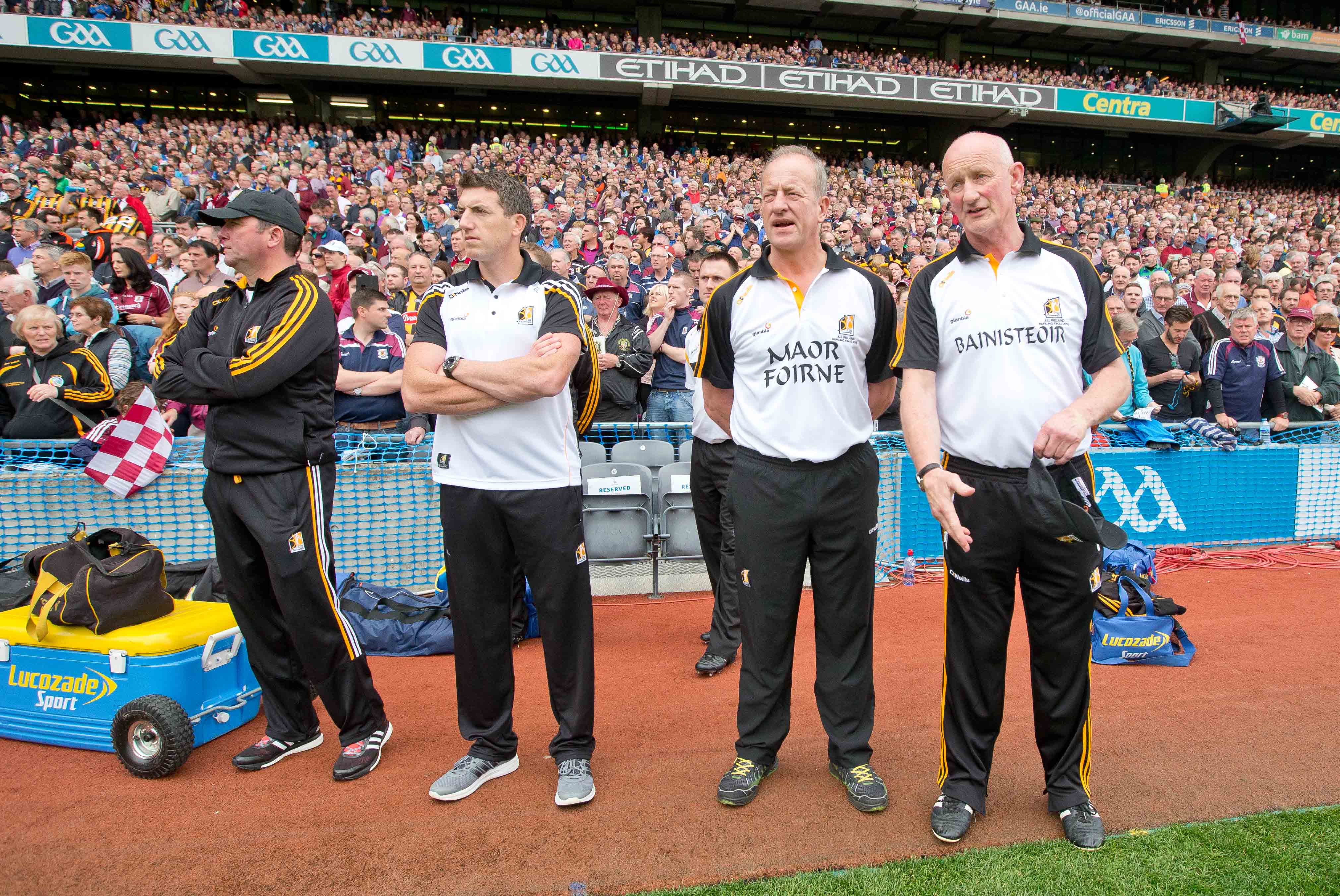 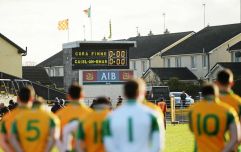 END_OF_DOCUMENT_TOKEN_TO_BE_REPLACED

But that's his little secret.

January and February is planned out on the wall in the most organised, coordinated fashion that the club has ever seen. Every single session for the next two months is slotted in, the type of session, where it will take place and four friendlies have even been arranged.

You won't see this schedule after February.

9. Someone has already scuppered that theory 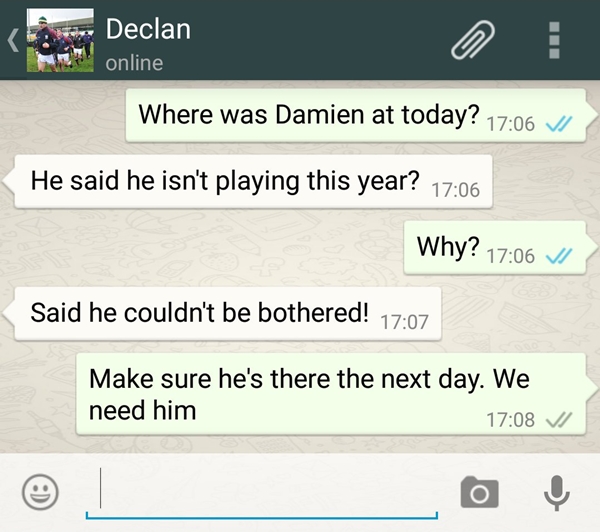 That will immediately be ruined by intruders. 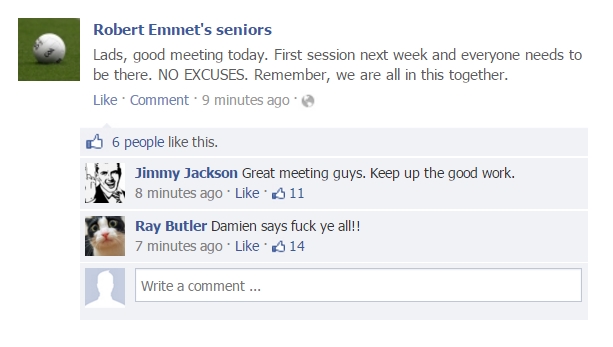 11. It will take all of five hours for the manager's words of wisdom to turn into catchphrases 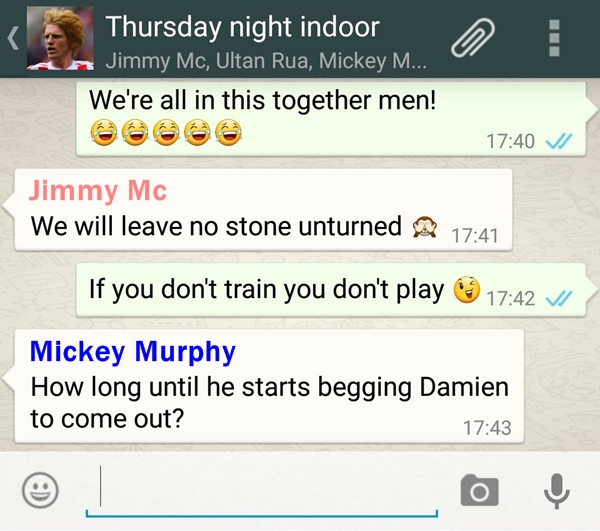 Everything from bench pressing to timed runs to sit and reach tests, you'll have your fat taken and maybe even be psychologically profiled. You won't see or talk about these results again.

Someone will come in and tell you not to eat shit.

You know the boy. Every year, without fail, he shows up full of the best intentions. He'll put himself through the hard slog, he might even do alright in the challenge games but, come February - March latest - he's gone. Until next year. 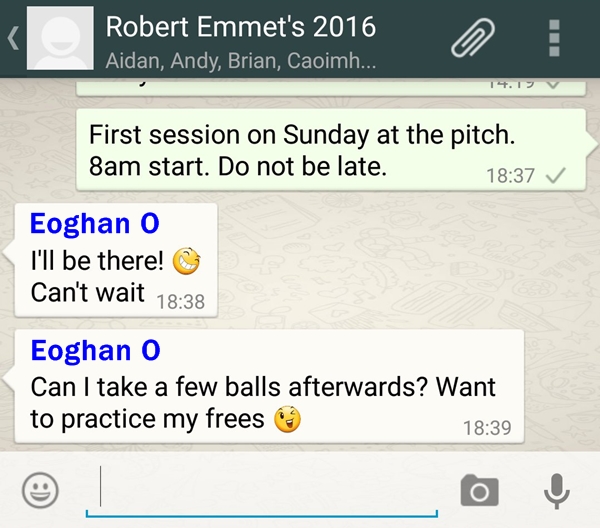 The same players are so enthused at the prospect of still being undefeated that they're pumping iron before training. For now.

So long as the manager can see of course.

Alright, you got a load of new training gear for Christmas but... don't be that guy. 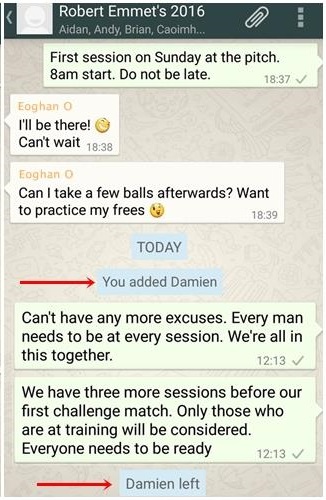 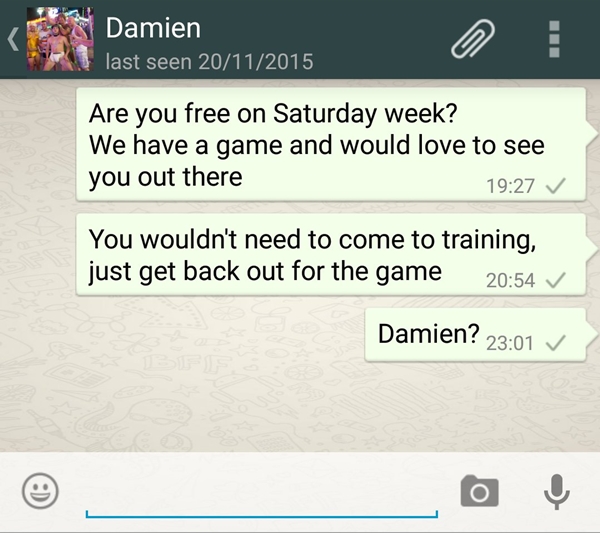 
popular
The SportsJOE 12 o'clock quiz | Day 135
The SportsJOE 12 o'clock quiz | Day 134
It was Pierre-Emerick Aubameyang's final but Emiliano Martinez's moment
"I was around the place like a Jack Russell, snapping at all the big guys"
"Me and him used to room together, and he was a bit of a nightmare"
"It's not about winning at underage. It's about building players and building people"
The SportsJOE 12 o'clock quiz | Day 133
You may also like
1 month ago
"I thought, 'What better time to get my experience than in a global pandemic?'" - Síofra Ní Chonaill
2 months ago
QUIZ: Name every All-Ireland football winner of the last 33 years?
2 months ago
Antrim's greatest day relived as TG4 unveil stunning schedule for June
2 months ago
What is the sport they are playing in Normal People?
2 months ago
QUIZ: Name the missing player from the All-Ireland final team sheets
3 weeks ago
"We haven't got that excuse anymore" - Kickhams primed for Dublin championship
Next Page