County players are looking for expenses to cover five, sometimes six nights a week and the club players, they're going mad too.

Because if you're not going mad training, they'll say you're not doing as much as the next parish and they'll definitely say that you're falling behind.

The GAA Hour made its return to SportsJOE on Monday afternoon and between the three of them - Darran O'Sullivan, Eamon McGee and Finian Hanley - they had a few things to get off their chests. It could be that they're shoving on and the backs are aching and the hamstrings are stiffening up but either way, the boys - Hanley and McGee in particular - feel that the club game is trying too hard to keep up with its inter-county counterpart. They feel that the commitment being asked of club players has gone way over the top.

Hanley, a former All-Ireland club winner with Salthill Knocknacarra, sees it in his own club that, in the pursuit of Corofin, teams are stopping at nothing.

The GAA Hour is back! And back with a bang 💣@Darransull86 is joined by @EamonMcGee and @hanley_finian to talk the talk.

On all podcast apps and coming up on Youtube 📽️ pic.twitter.com/rlGw0a9eTy

"I'm involved with my own club there as well and I have to say, I worry for the club game because it's copying the county game," he says.

END_OF_DOCUMENT_TOKEN_TO_BE_REPLACED

"You've got lesser players with lesser ability you know, and it's becoming more and more processed. I just really hope that the club game stays a bit more fun, a bit more off the cuff," he added.

"If you get me started on this Finian, Eamon McGee said, "I could be here for the next hour about what they're expecting of club players!" 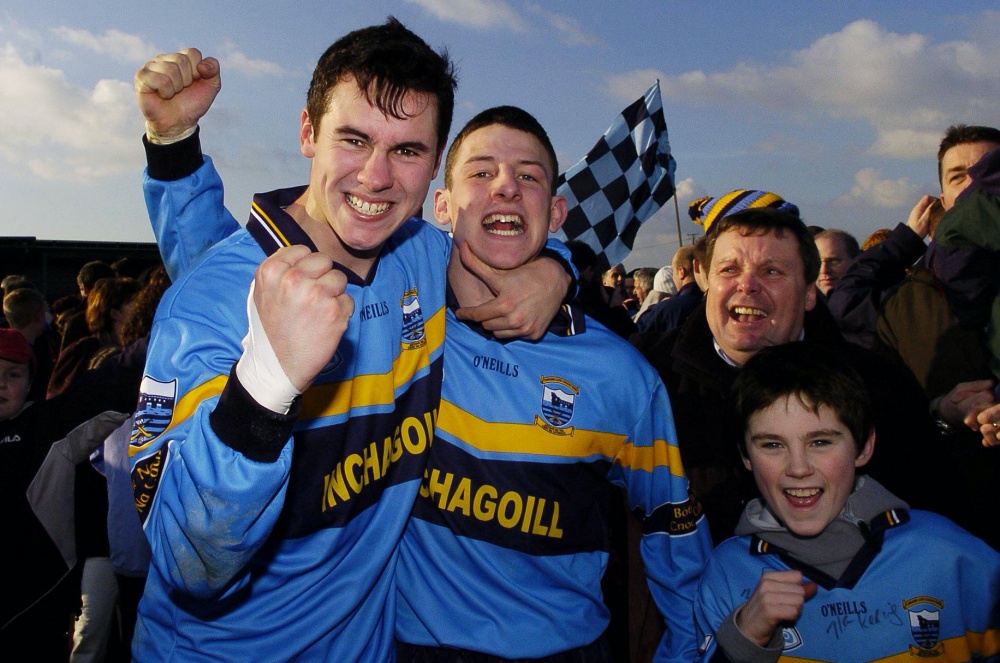 END_OF_DOCUMENT_TOKEN_TO_BE_REPLACED

"Jesus, turn up at 7 and get the training done but what's happening is we fall into the trap. Corofin have set the mould for a professional outfit and obviously everyone trying to copy. But Christ above let the boys have a pint, let them enjoy it like it was when we started playing!

"A bit more, you turn up at 7.00 on Tuesday evening and you're gone at eight. Not that you're turning up at half five to go prepping," Hanley continued.

"That shouldn't be the way at club level, it's a different level. The club game is great, it was great, but that's because it was a bit more off the cuff but I wouldn't like to see it copying the county game."

Although Darran O'Sullivan knows why lads are arriving earlier. His hamstrings know all about it.

"Ye're lucky enough lads because if my club was training at 7 I'd have to be there at half five because I'm stiff as a board, it takes me ages to warm-up nowadays!"


popular
From Ireland to Argentina: Alexis Mac Allister's Irish roots explained
World Cup 2022 Day 12: All the major action and talking points
France demand FIFA change result of World Cup defeat over 'rule break'
The World Cup 2022 team of the tournament so far
The FootballJOE Qatar World Cup 2022 Geography Quiz
Cristiano Ronaldo 'agrees £173m-a-year deal' with Saudi club
"Nowadays, even if I don't hit a ball, I don't care as long as we win" - Gleeson learning from the past

You may also like
4 months ago
Finian Hanley take on contentious Kerry free may settle some Galway arguments
4 months ago
Darran O'Sullivan on the post-match gesture that shows what Jack O'Connor means to Kerry
4 months ago
JJ Delaney on how Brian Cody kept him grounded after Hurler of the Year honour
4 months ago
"We were known as stab city, the butt of everything. Of all the things JP has done, he has made everyone so proud to be from Limerick"
4 months ago
McCarthy still harder than a brick wall
4 months ago
"He was getting a bit disillusioned" - How Damien Comer rediscovered his fire
Next Page