Ireland has some of the highest emigration figures worldwide, so it's great that we have GAAGO.

For years Irish men and women have been leaving these shores behind for pastures new, more than likely for some exotic land somewhere.

Leaving Ireland behind usually means leaving behind Irish culture for the most part. 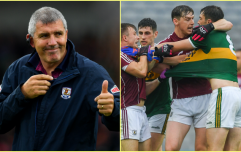 END_OF_DOCUMENT_TOKEN_TO_BE_REPLACED

Barry's tea is no more. Sunday Mass is non-existant, and the GAA season is nigh on impossible to keep up with.

Living abroad means there is no Sunday Game to keep us occupied when we are feeling a bit fragile after some Saturday night stouts. (Good stout is another thing we leave behind).

In 2014, the streaming service GAAGO was launched, giving expats a chance to keep up to date with their respective counties.

Our competition winners Dermot Devine home from Vancouver and Sean Armstrong pick up their #AllIrelandFinal tickets ahead of today's #DUBvTYR game #GAAGO pic.twitter.com/wpYi18mzax 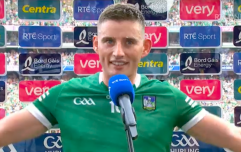 END_OF_DOCUMENT_TOKEN_TO_BE_REPLACED

Today of all days though is when the streaming service is at its absolute best.

All-Ireland final day is that one day of the year where everyone wants to be at home, soaking up the atmosphere whether in Croke Park, your local club, or your resident boozer, it is an important day for Gaels all around the world.

For Irish men and women living abroad the website provides an excellent platform to create their own special atmosphere on All-Ireland final day.

From California to Qatar, folks were watching Dublin complete the 4-in-a-row all around the world.

Here is some of our best picks:

Cheering on the Dubs from Cayman Islands. Thanks @GAAGO #AllIrelandFinal


popular
Sean Dyche set to be named Everton manager after Marcelo Bielsa talks break down
Roy Keane flatly rejects longstanding perception of ex-Man United midfielder Paul Ince
Allianz National Football League Round 1: All the action and talking points
Conor McGregor hit by car ‘at full speed’ while cycling
Roy Keane leaves ITV pundits in stitches after Pep Guardiola's pre-match interview
Quiz: Identify these 15 football clubs that are not named after a place
Study shows rugby positions you are most/least likely to be injured playing
You may also like
6 months ago
Sweeper keeper system finally exploited as Damien Comer lobs Galway into All-Ireland final
8 months ago
Michael McGleenan - The Tyrone u20 man-mountain living up to expectations as big as his stature
10 months ago
Donegal's starting XV in the 2012 All-Ireland final quiz
1 year ago
Mayo GAA calls personal abuse "completely unnecessary and unacceptable"
1 year ago
Mayo are favourites but Tyrone will benefit from rocky road to the final
1 year ago
Joe Brolly reveals that God has revealed the outcome of the All-Ireland final to him in a dream
Next Page