Alan Cadogan was never going to take this lying down.

April 2018 and the Cork hurlers are going through their paces. Excitement is building within the county with their hurlers about to chase down a second successive Munster title.

Páirc Uí Chaoimh is done up too. The new stadium is smashing and they can't wait to get out there for their first championship game against Clare.

Leeside is the place to be and Alan Cadogan is right in the heart of the anticipation. Training away, lots to look forward to, a summer of hurling.

But somewhere in between April and May, the excitement turns to worry for the corner forward. The knee. He hopes it's only a twist at first but there are no guarantees.

The worries turn to heartache. Surgery is required and not only does he miss out on that championship opener against the Banner, he's also going to miss out on a full summer of hurling.

"Anyone who gets an injury will tell you it's a lonely place," he said on SportsJOE's GAA Hour as his teammates prepared for a Munster final without him. 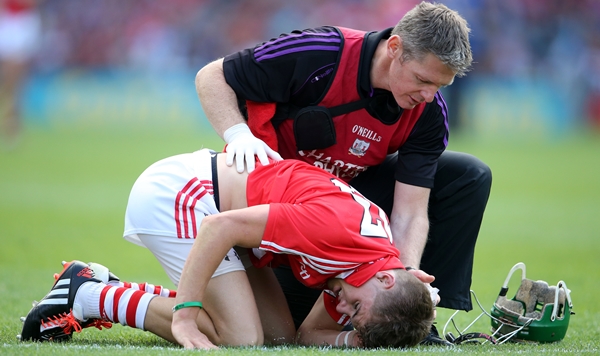 "I'm on a strength programme at the moment, kind of isolated from the group a little...The first couple of weeks are the hardest. Watching the lads play Clare the first day and then Tipperary, you're playing every ball. It's easier play the game than watch it," he said, "You feel useless..."

Down but certainly not out. The Douglas forward is a fighter and he threw himself straight into the lonely gym sessions and the individual rehab programme.

"You've two choices, you either don't do the rehab and you won't come back stronger or you get on with it and you put yourself in the best possible position to get back as soon as you can," he continued.

END_OF_DOCUMENT_TOKEN_TO_BE_REPLACED

Cadogan did everything within his power. Knee surgery leads to a long, winding road but after a summer on the sidelines and a winter of work, he eventually made it back for Cork's last game of the 2019 League against Tipperary.

And he hits the ground running. A lovely point with his first touch. He's back in business. Just as things begin to resemble normality though and he's beginning to feel his way back into it, the quad acts up and he knows it's serious enough not to continue.

Wouldn't you be sick.

For the second year in a row, Cadogan misses the Rebels' Munster opener with full fitness still a journey away. He's back on the bench for the second round against All-Ireland champions Limerick but his impact is only going to be bit part.

Cadogan is ready though. It's Conor Lehane who's this time struck by the dreaded reaper and with the Midleton man's day over after five minutes, it's Cadogan's time.

His first championship appearance since the 2017 All-Ireland semi-final against Waterford.

Cadogan delivers a masterclass of corner forward play like he's never been away. He hits three of the finest points you'll see, one the score of the day off the back foot and his link-up play with Patrick Horgan is sublime from the word-go.

"Alan works as a teacher not too far away from the pitch and straight after school you'd see him. He'd be in running around the pitch or up in the gym. He was sick to pick up them injuries and to be missing out on the hurling but God he couldn't have worked any harder to get back. You'd be delighted for him after all the work he put in, he was brilliant yesterday," said the Douglas GAA secretary to SportsJOE.

Cork take the win, Cadogan is back in the game. 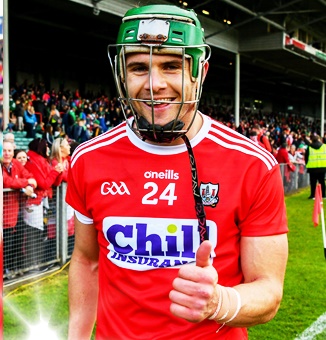 
popular
Justin Gaethje tells Conor McGregor to wait his turn
The SportsJOE 12 o'clock quiz | Day 73
QUIZ: Correctly identify these World Cup 2014 players from their stickers
QUIZ: Can you name the Football Italia cult heroes? | Part 2
The SportsJOE 12 o'clock quiz | Day 72
SportsJOE 2000s Football Quiz | Round 3
QUIZ: The toughest football legends quiz you'll take today
You may also like
6 days ago
"That's done at the end of a sprint, jumping off one leg" - Kevin Feely on the art of fetching
1 week ago
“Talent wise he’s as good as there has ever been in Gaelic football"
1 week ago
"You had no other choice but to get down and dirty with these boys"
1 week ago
"My fondest memory is definitely beating the Dubs in Parnell Park, that's just f*cking brilliant"
2 weeks ago
JJ Delaney tribute: A hurling legend made of different stuff
1 month ago
Arsenal S and C coach on how to keep it ticking over during the lay-off
Next Page