"I was in the Blackrock end goal looking up to the heavens saying, "Get us through it" - Kerins following his late father's footsteps

It was in the dying minutes of the 2018 Cork county final when St Finbarr's goalkeeper John Kerins found himself looking up at the sky.

Unbelievably, the Barrs had gone 33 years without winning the big one and as the clock ticked and the big prize finally beckoned, it was around then when the significance of the whole thing began to dawn on him. His dad John senior had been here before - he was minding the nets that day 33 years ago - and with the game just up, that was when it all began to feel a little bit special.

His dad tragically passed away in 2001 after a battle with cancer but 17 years on, as the young man followed in his father's footsteps, his thoughts turned to the man above.

"Come 60 minutes on that clock I was in the Blackrock end goal looking up to the heavens saying, "Get us through it".

It was a serious release of emotion after the game and it was just massive to get over that line."

33 years of hurt has finally come to an end! During the last 17 of those 33 years there has been so much personal hurt, to have a day like yesterday meant so much to me and both family and friends! Safe to say it’s more than just a game #AllezLesBleus @the_Barrs pic.twitter.com/9tzNIdChRd

Kerins lost his father at an early age and while, obviously enough, it got him down for years, he's since learned how to cope with his absence.

"Probably in earlier years it was more of a pressure thing with me that I was putting more pressure on myself to try to emulate him as much as I could. I probably didn't perform as a result of that. But, look, in later years I probably coped a lot better with him not being there. I can just play my own game now as best I can," the 29-year-old says.

Indeed, having been a third choice keeper at the start of that 2018 season - Kerins was only drafted in through the injury and absence of others - he's since made himself a key cog in the Finbarr's wheel.

"It was just a matter of circumstance I was even number 16 that season. Our sub-keeper James McDonnell stepped away that summer with work and family and stuff. And Deccie (Murphy) unfortunately got injured which led to a crazy situation in the quarter-final when you're coming on in the heat of battle down to 14 men in the last 10 minutes and you're wondering are you going to get over the line.

"And people are probably looking at you thinking that if things go belly-up here who's going to be the scape-goat? I was looking at myself as the one who came on and would be kicking out the ball to the lads, is it going to fall back on me?

"Thankfully we got through that game and the semi-final and final were a dream after that. Got out of jail that day in the quarter-final.

"But I'm not the only one to go through that," he says of his apprenticeship as a sub goalie.

"Our coaches, John O'Brien and Kevin McTernan. John would have been a sub to my Dad going into the mid-nineties. And Kevin would have been a sub to John going from the mid-nineties to the 2000s. I think Deccie Murphy even after that took over from Kevin. So there is a long delay between fellas breaking their twenties and coming through to play senior in their mid to late twenties most of the time."

Having got his opportunity by chance in 2018, Kerins was undoubtedly the key man this year as he saved penalties for fun and then kicked the winner against Castlehaven in the semi-final.

"Look, you're dying to even get a touch on a ball most of the time," he says of the shoot-out.

"Trying to get the right body-shape and stuff like that as they're running up to the ball. Depending on what way you want to dive or who's taking a penalty, you're obviously going to try to do your best.

After saving a penalty, @the_Barrs goalkeeper John Kerins scores the winning penalty to seal a 5-4 penalty win. What a game . Credit to @the_Barrs and @CastlehavenGAA . https://t.co/1ixqpUe4l8 pic.twitter.com/teZDYrSzY9

"My penalty was pure instinct. I don't know what it was like for Anthony Seymour (Haven goalkeeper) to see me taking it. It's awkward enough seeing a goalkeeper step up in front of you at the best of times."

And now, having followed a county up with a Munster, just like his father did in '87, Kerins is looking to add bring another All-Ireland to the household. That starts with a titanic clash against Kilcoo this Saturday.

"Hopefully this year will be some bit more rewarding for us," he says. 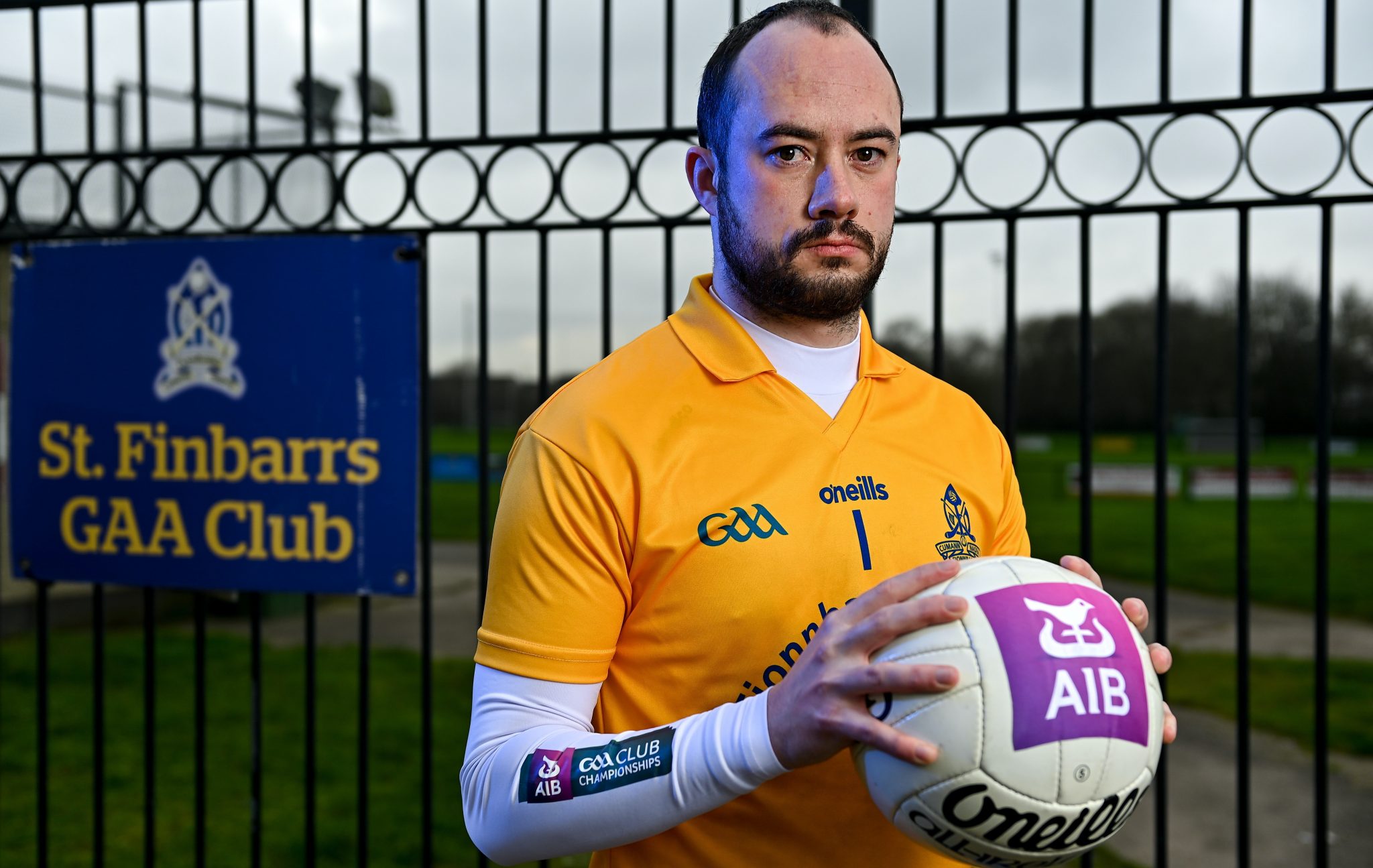 St Finbarr’s footballer John Kerins pictured ahead of one of #TheToughest showdowns of the year, which will see St. Finbarr’s face off against Kilcoo of Down in the AIB GAA Football All-Ireland Senior Club Championship semi-final this Saturday.


popular
Talksport presenter puts Martin O'Neill to the pin of his collar over Declan Rice and Jack Grealish
Gary Neville sticks up for Ronaldo as contextless pictures and videos taken as gospel
Ariel Helwani shares Paddy Pimblett WhatsApp messages as spat becomes public
World Cup Power Rankings: The top eight pundits of the tournament so far
Ballyhale's Colin Fennelly felt Ballygunner's victory speech was disrespectful
World Cup Power Rankings: The top 10 players at the tournament ahead of the quarter-finals
Rory McIlroy explains 'falling out' with Shane Lowry that lasted a few years
You may also like
1 month ago
GAA JOE Team of the weekend
1 month ago
Bray, Walsh and Mackey nominated for the top award in camogie
1 month ago
GAA JOE Team of the weekend
1 month ago
Shocks in Wexford, Leitrim and Monaghan on blockbuster day of county final action
1 month ago
Predicting the 24 biggest knock-out club championship games this weekend
1 month ago
Roy Keane names pair of Irishmen as two of his favourite sportspeople
Next Page