2020 was more of a bypass than a busy street but as one of the lucky ones, Michael Quinlivan saw plenty.

Having made it to Cambodia, Vietnam, New Zealand and then back to Croke Park, it's fair to say that this full forward has had worse years.

By the time he'd reached destination unknown, and lined out on the edge of the square on Jones' Road, his carefully considered and well-thought out plan B was already in the bin but when the tides chop, that's when you go with the flow.

Funny how it worked out in the end, that the year he'd planned to skip was the best he's ever had in a Tipperary jersey.

"I was lucky in the fact that I had a couple of months before we got back on the field," Quinlivan says.

"I wasn't in the greatest shape in the world when I arrived back home. I had spent three months not really doing anything at all, so at least I had that. With the way it turned out, the club was good that it gave me a base going into the inter-county later in the year."

"I had planned on staying away a little while longer, to be honest, but I missed out on that. Look, with the way 2020 turned out I can't complain. It was one of the better ones, definitely. I got to see a little part of the world in the early part of the year and was thankful I was around, number one, for the county championship with my club and then certainly the Munster Championship with Tipperary. It turned out really, really well." 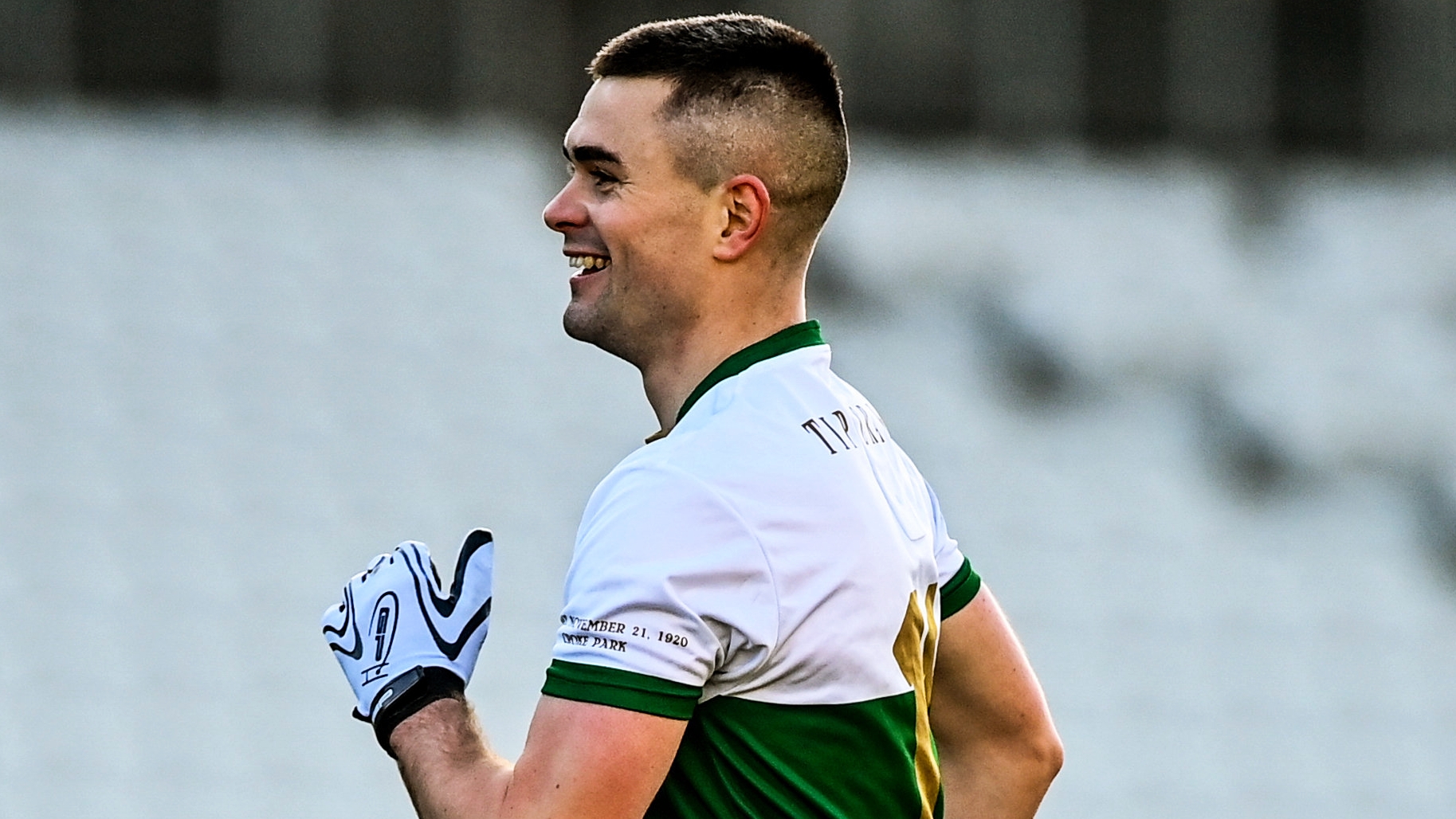 "But at the same time, while I'm happy with the way my year turned out, I'd have preferred for things to have stayed the same and for people not to have gone through what they had to, people went through some pretty hard times and that was tough."

That holy Sunday in Páirc Uí Chaoimh gave the whole country bar Cork a lift though, as Quinlivan and Tipperary played with smiles on their faces.

END_OF_DOCUMENT_TOKEN_TO_BE_REPLACED

"Now you have that validation that all of those hours spent, it does mean something at the end of it. It will be nice to look back in 10 years or whenever I stop playing completely between county and club, and to be able to say 'yeah we've done that, that was ticked off the list'."

For a footballer from Tipperary, Quinlivan's list is longer than you'd expect. First on his list of history-making moments was the goal into Hill 16 in the 2011 All-Ireland minor football final. Then in 2015, he scored one of the most iconic goals in club GAA history, winning the Munster club final for the Commercials with a goal so late it missed the evening news. In 2016, he became an All-Star and we all know what happened in 2020.

"The biggest thing for me is I made some great friends along the way. And I've had some great memories. And that's it. I'm talking like I'm 35 here at the minute, so we'll give a pass on that."

These days, the Dublin road to Thurles has actually gotten a bit shorter and the buzz keeps him coming back.

"It has probably changed a little bit over the last few years. Originally we would have always got the train, and that was always quite enjoyable because there was always maybe five or six of us that would get the train down together and get the train back up. It was nice, you just switched off for the hour and a half.

"You could enjoy each other's company. It's probably changed, you have to drive up and down on your own. It's a little bit different. The changes in the six or seven years I've been up there, number one being the motorway being finished, has made a huge amount of difference. It's not taking half as long as it would have, and it's certainly not as much of a headache as it would have been 10 years ago, 15 years ago certainly."

With Declan Browne now a part of the coaching set-up in Tipperary, Quinlivan is delighted to be working with the forward who was one of his childhood heroes. 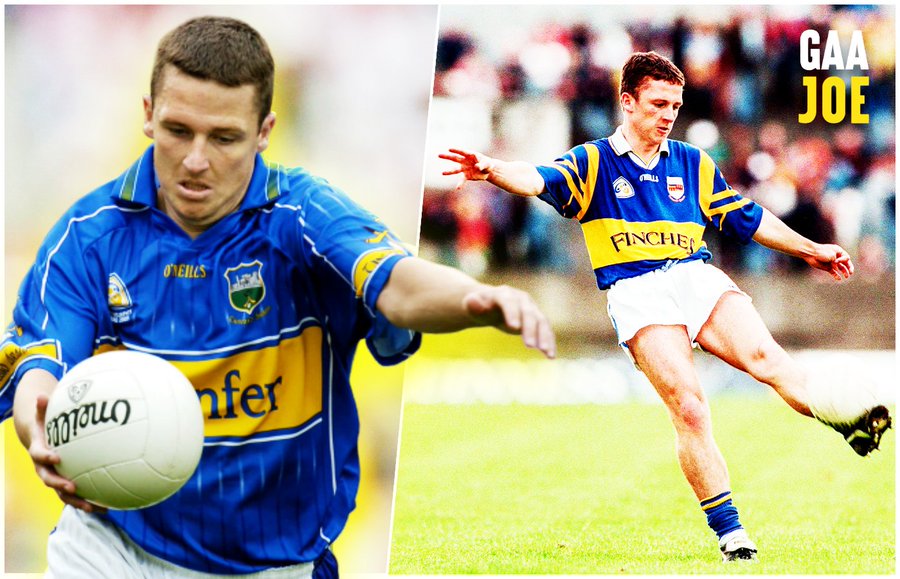 "He’s ridiculous. He’s so good. He still has…..like I honestly reckon you could put him in corner forward and he’d still do a job. Just the small things that he does, he’s not trying to tell you exactly what to do, it’s only very small little pearls of wisdom. Little things for even kicking in the ball, where exactly to put it, that sort of thing.

"He has been a breath of fresh air around the place and I’ve really enjoyed learning off him. He knows where to be and what positions to take up. He understands both sides of the game and he has certainly been a big benefit to us since he came in." 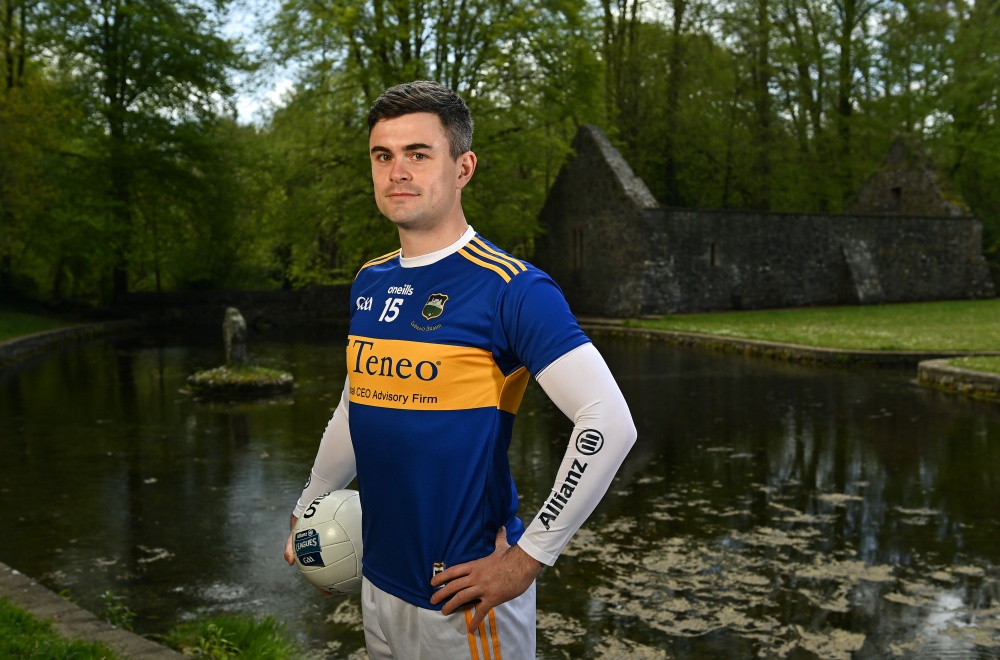 Michael Quinlivan of Tipperary poses for a portrait at the launch of the 2021 Allianz Football League at St Patrick’s Well in Clonmel, Tipperary. Photo by Seb Daly/Sportsfile.

popular
Danny Murphy's comments on BBC tonight prove some folks will never learn
Cristiano Ronaldo is not human. Not human at all
Only old-school fans will get 20/20 in this 1990s footballers quiz | Part 2
"He looks the fool now" - Didi Hamann took exception to one magic Ronaldo moment
Four Ireland U20 stars that massively impressed in opening Six Nations win
Damien Duff cracks out the hit parade after England hit the skids
Ronnie Whelan criticised for his commentary of 10th minute stoppage for Christian Eriksen
You may also like
4 days ago
24 hours in the life of the dual player who didn't just play, but lit up two games in two days
1 week ago
Tipp left shellshocked after a simply sensational game of camogie
2 weeks ago
A life on the border brings Teehan face to face with her former teammates
2 weeks ago
"I think the likes of Joe Brolly has to be a bit more empathetic. I'd be very adamant about that"
3 weeks ago
"The pain I experienced, I can’t describe it" - Edith Carroll buzzing to be back after injury nightmare
3 weeks ago
Murphy pays a powerful tribute to the man who's fuelled by the same fire
Next Page