Betting suspended on Davy Fitz to Galway as speculation mounts

Down in Wexford, they're praying for a false alarm.

Davy Fitz the messiah. Davy Fitz the saviour. Liam Dunne had them knocking but Davy Fitz banged the Leinster door down. 15 years of hurt were banished on the last Sunday in June and the Wexicans were hoping 2020 would bring with it another watershed. This time, a 24 year famine was the target.

It could still be the way. The Sixmilebridge club man could return for the League.

As things stand, he is the Wexford manager for 2020. All the players have backed him, the county board are mad for him.

"The things I know is that he's not one to make rash decisions. He'll think things through, he will do what's right for him and the family and then as well as that, hands down all the players, county board and supporters, we have so much time for him and regardless of what he does, we'll support him 100%. We've made lifelong friends with that man," said Wexford hurler Diarmuid O'Keeffe on The GAA Hour recently.

What remains to be seen though is whether that man still has the appetite for the cross-country commute.

It's a long way from Clare to Wexford. And the speculation has been mounting all winter.

With the Galway job vacant ever since Micheal Donoghue signed off last month, Davy Fitzgerald's name has been doing the rounds out west. 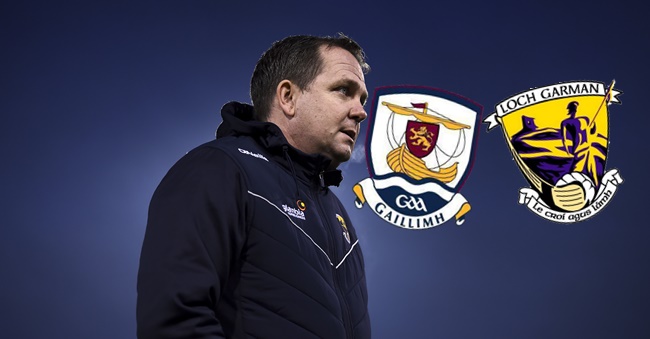 END_OF_DOCUMENT_TOKEN_TO_BE_REPLACED

Some are partial to Fitzgerald taking over while some others reckon his 'sweeper-style' mightn't go well. But the murmurs haven't gone away.

The fact of the matter is - Fitzgerald has three years completed in Wexford and is yet to commit to a fourth. He has taken them a long way but last year's agonising loss to Tipperary was a tough one to take. The longer Davy takes, the longer this will rumble on.

It's all in Davy's hands though. Priced at 5/4 with Paddy Power on Tuesday morning, the bookmaker was forced to slash their odds to 1/2 as a flurry of bets came their way. With the cash continuing to drop, they have since suspended betting on Fitzgerald becoming the next Galway manager.

“It has been remarkable to watch the slew of support for Davy Fitz to become the next Galway manager. Just over one month ago the very notion seemed about as likely as Boris Johnson convincing the Queen of England to break the law,” a spokesperson for Paddy Power said."

Others linked with the post include former selectors Noel Larkin and Franny Forde while Anthony Daly and Brian Hanley are also in the mix.


popular
Justin Gaethje tells Conor McGregor to wait his turn
QUIZ: Correctly identify these World Cup 2014 players from their stickers
The SportsJOE 12 o'clock quiz | Day 73
SportsJOE 2000s Football Quiz | Round 3
QUIZ: Can you name the Football Italia cult heroes? | Part 2
QUIZ: The toughest football legends quiz you'll take today
Carl Froch debuts 'nose job' on Sky Sports News, and the reaction is inevitable
You may also like
1 month ago
"The bigger the challenge, the more Fitzy would want to keep them scoreless"
1 month ago
"He had no interest in the trappings of success, he just wanted to achieve it"
2 months ago
St Patrick's day memories: Rural Caltra with one of the great underdog triumphs
2 months ago
Corofin clean up in club team of the year awards
3 months ago
Shane Walsh is ready to rule for Galway
4 months ago
GAA JOE club football team of the year
Next Page