It's easy forgotten that for 45 minutes, the 2019 All-Ireland senior football final was one of the highest quality affairs we'd seen all year.

And that's a fair achievement on All-Ireland final day, with the stakes, nerves and tension at their highest. Dublin were invincible for that period.

Machines most of the time. Blue bloods for the last five years. If you wanted to see them at their ruthless best, this opening 45 minutes was the most telling example yet.

No wides. No mistakes. No rash decisions. Dublin all over. Jim Gavin was dancing.

1-11 from open play. Thre was no need for frees. Mannion, O'Callaghan, Murchan, Kilkenny and Howard all having the games of their lives. The plan carried out to near military precision.

God, if you'd been informed of what the future held before throw-in you wouldn't just have feared defeat for Kerry, you'd have feared a bloody massacre.

But the Kingdom were only a point down. Hit with blow after blow from Dublin's one-track vehicle, they just kept on coming back for more. The start was rocky. For such a young team, that will have been jarring. 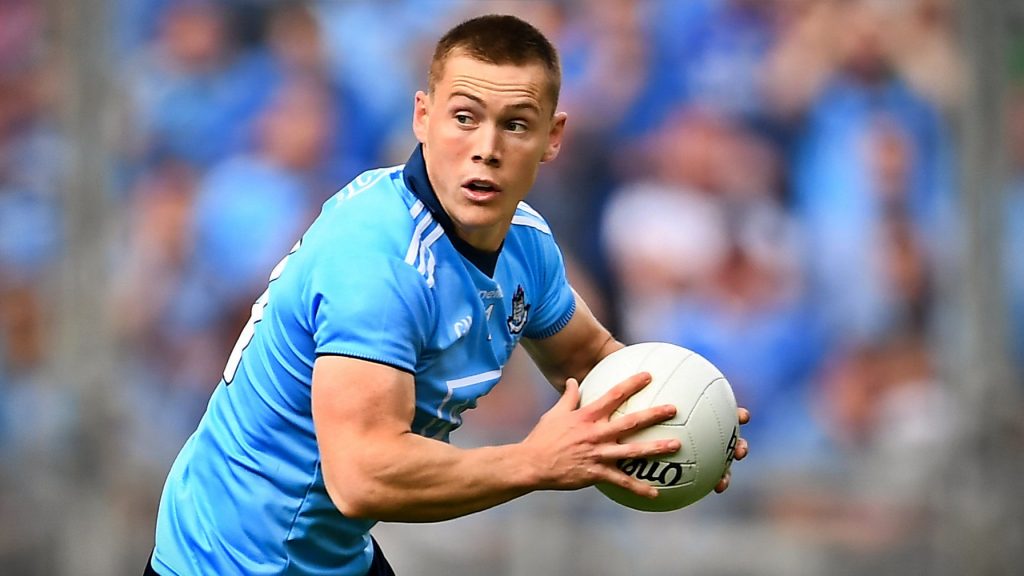 Con slotted one over after 20 seconds and before the Kingdom knew where they were, Davy Byrne had Dublin 0-7 0-3 up. But Peter Keane's men were undeterred.

Paul Geaney, just like he did the last day and just like he always does, threw himself about like a pinball in a pinball machine. The Dingle man kept on sniffing and probing, it helped Kerry settle. But what you see is what you get with Geaney. He always stands tall. This was hardly a surprise.

END_OF_DOCUMENT_TOKEN_TO_BE_REPLACED

What was most impressive from a Kerry perspective was the response of their young players. David Clifford didn't just ask for the ball, he demanded it and when it came his way he showed the reason behind the eagerness.

Kicked them off right and off left, his second one, when three Dublin defenders converged was like a shot from a key-hole. We all know that the Fossa man is class but the fact that he was able to bring it on All-Ireland final day shows exactly what he;s made of.

And Clifford kept it up the whole way through. Marking one of the meanest defenders in the game, the 20-year-old emerged with four from play and plenty of plaudits.

A tough loss to take but can't those Kerry boys be proud of themselves, especially this man below.

0-4 from play off Mick Fitzsimons, it's not often you hear that. Loads of pressure on him coming into it, David Clifford of @FossaGaa couldn't possibly have done anymore

He was far from alone. Seanie O'Shea was inspired out in front of him. With John Small tracking his every moves, the Kenmare Shamrock still managed to win hard ball. Managed to pick some serious passes and always did what was needed of him. His early interception on Jack McCaffrey to set up the O'Callaghan black card call summed him and his season up. Brave, willing and honest as the day is long. Some of his scores were kicked under serious pressure and when you realise that he's only 21, the future is as bright as it is clear.

The Kingdom shipped more body blows out there. The goal right after half-time was a killer. But that was when Brian O Beaglaoich and Jason Foley shored things up.

Then there's Diarmuid O'Connor. Brought in from the cold, the 20-year-old did exactly what was asked of him.

Dublin kicked on to complete a perfect performance on their day of destiny, but it shouldn't be lost on us that Kerry were right with them for most of it. They will be back again soon.


popular
Diarmuid Connolly's Boston heroics captured in stunning, evocative video
QUIZ: See if you can identify these retro football kit sponsors
The SportsJOE 12 o'clock quiz | Day 117
SportsJOE 2000s Football Quiz | Round 10
Clubs set for ticket mayhem with no more than 50 supporters per club
Listen up sports fans! BT Sport and Premier Sports are now both on NOW TV
The SportsJOE 12 o'clock quiz | Day 116
You may also like
1 month ago
"He was a nightmare to play against...you were just a sitting duck"
2 months ago
Closed doors no issue for O'Brien
3 months ago
"I'd play 18 holes of Pitch n Putt" - Jack O'Shea's All-Ireland final prep pure class
3 months ago
St Patrick's day memories: Rural Caltra with one of the great underdog triumphs
4 months ago
"I was kind of going 'I'm not a Kerry player" - Donaghy's story a brilliant watch
4 months ago
Mayo issue update on crunch Allianz Leagues clash with Kerry
Next Page