There would have been no justice in the world if Dean Rock had slotted that last gasp free-kick.

Sean O'Shea just did not deserve to go out that way.

True, it was the Kenmare Shamrock who committed a tired, clumsy foul on Paddy Small to give Rock a shot at glory. But that little lapse was an outlier in an otherwise outstanding performance where O'Shea dictated the game and acted as the springboard for so many threatening Kerry attacks.

The man's GPS numbers must be off the charts. His use of possession close to perfection.

As for the foul? A closer look tells the real story. Tells exactly what Sean O'Shea is made of.

Because he shouldn't really have been there in the first place. Just two minutes beforehand he looked a beaten docket laid out on the Croke Park turf. Having picked up his fourth possession in injury-time alone, O'Shea played another energetic one-two as he led Kerry's charge for a winner.

How the man was still going with such pace and with such regularity was a mystery to every onlooker in the country. O'Shea doesn't stop.

But Dublin were ravenous at this stage. They smothered and Kerry's 11 was dispossessed. On the ground he looked finished. Kerry's physios raced in as the game went on. 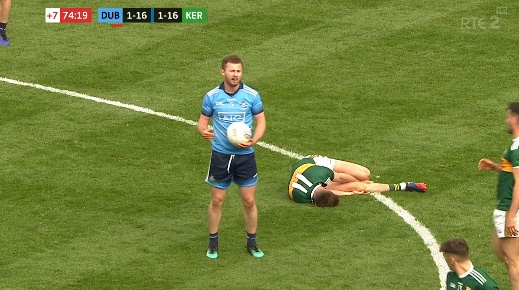 He doesn't stay down for long though.

END_OF_DOCUMENT_TOKEN_TO_BE_REPLACED

Within a few seconds, he's back to his feet. Looking groggy, feeling it too. He takes a few steps but the ground isn't being covered with the flow or grace we're used to. But it's still being covered.

His legs jelly but it would take more than that to stop him. And so with Dublin hunting and probing, O'Shea was back as part of the screen within a minute. Ready to chase, ready to sacrifice, ready to answer Kerry's call.

When Paddy Small took it around there was always going to be trouble. If he wasn't there, it would have been double. Sprinting was an impossibility and O'Shea's tackle was poor.

But you'd have to think the Gods of football had their say at this stage. The free was too far out for Rock and O'Shea breathed a sigh of relief. He did not deserve to go out that way.

We took a closer look at O'Shea's performance for the ages on Sunday and it resembled something similar to Noel McGrath's in the All-Ireland senior hurling final. A space invader, a constant mover. The ball just seems to follow him around the place.

By the end of it, he'd been on the ball an unbelievable 23 times. Treating it like he loved it on each and every occasion. Either with a driving run to protect it or an incisive hand-pass to preserve, every Kerry move either starts with him or goes through him.

His shooting was just as economical out there as the below graph shows. O'Shea took 11 shots at goal on Sunday and ten of them sailed over the bar. One dropped short but it still caused panic stations in the Dublin back-line as Cluxton punched it to safety. 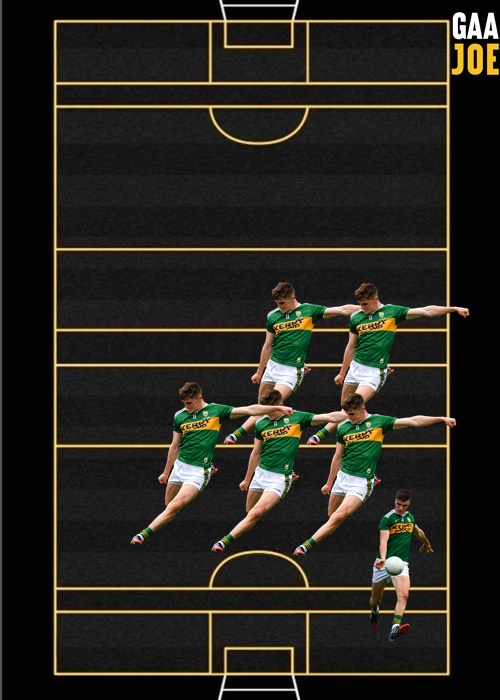 O'Shea's first half shot map in the All-Ireland final. 5/5 frees and one brilliantly taken score from open play. 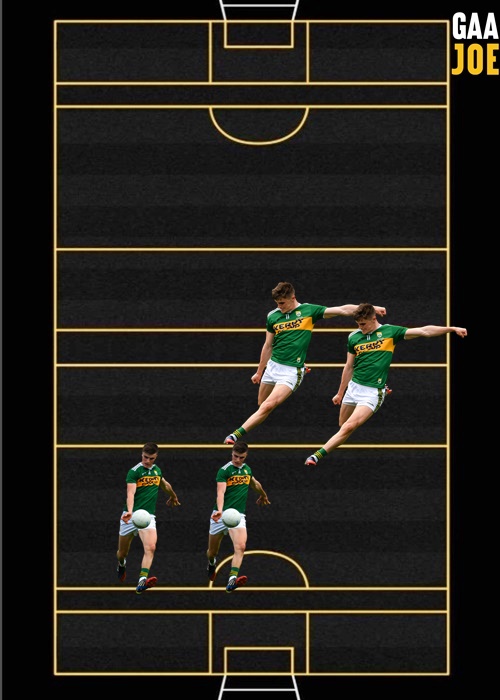 And O'Shea's second half shot map. Two from play, one off left and one off right. One 45 and one brilliant free.

Meanwhile, his 23 possessions is something unprecedented in an All-Ireland final. His willingness and his fitness to stay going are out on their own. 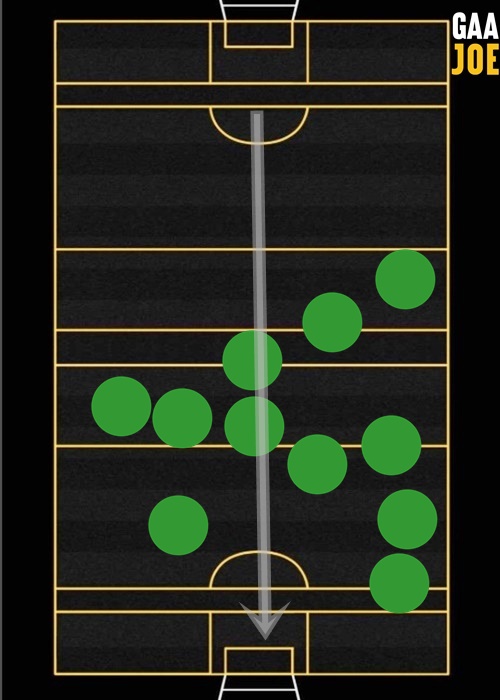 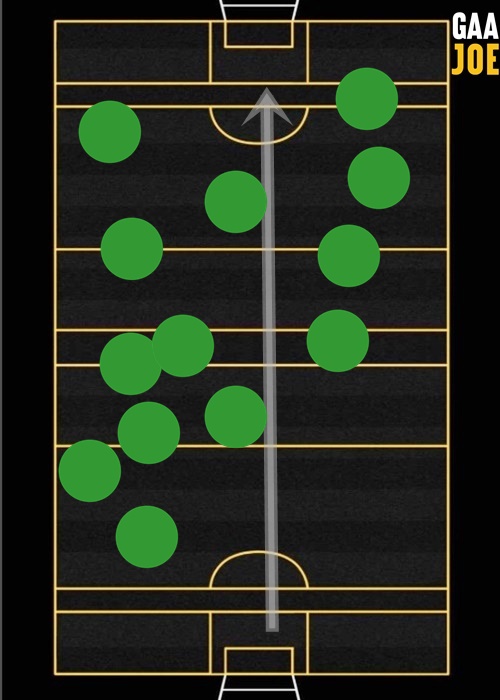 How can you mark a man who never stops?


popular
Roy Keane's first impression of Cristiano Ronaldo proved to be very accurate
The 14 Irish players Down Under as TG4 come up with the goods once again
The SportsJOE 12 o'clock quiz | Day 290
QUIZ: Can you name all of these 1990s GAA stars?
Fernando Torres has got absolutely jacked since retiring from football
Lady Gaga will perform Satanic ritual during Super Bowl halftime show, according to conspiracy theorist
The SportsJOE 12 o'clock quiz | Day 289
You may also like
2 months ago
"In Kerry, it's nearly like a religion."
2 months ago
No victory speech for Clifford as Cavan drop down the Leagues
3 months ago
"There’s nothing to state ‘lucky winner.' An All-Ireland medal is an All-Ireland medal"
3 months ago
Marc Ó Sé: Split the season, give Tony Brosnan his Kerry chance
4 months ago
Club championship just won't be the same without Tony Brosnan
5 months ago
"Even on player's bad days, you were very kind" - Seán Óg sums up O Muircheartaigh's magic
Next Page