The Clare man hasn't been impressed with Cork for quite some time. During the League, he questioned their character and this time around, he deemed that the Rebels familiar failings were to blame again.

"Cork are the flakiest team in the country," he wrote in his Irish Examiner column, before going on to state that too many of Cork's supposed leaders went missing when called upon.

"I believe Anthony Daly is being very harsh. In one sentence he’s saying ‘I don’t like questioning the character of players’ and in another, he’s calling Cork ‘the flakiest team in the country’. Which is it? He trying to sit on the fence there and be clever, but if Anthony Daly genuinely believes that Cork are the flakiest team in the country, then just come out and say it," said O'Sullivan.

"Don't mind saying 'I don't like criticising players because I know what they go through - That's Bullshit."

"If you have something to say and you want to call someone out on it, at least have the balls to be honest about it, but this thing of trying to box clever doesn’t sit well with me." 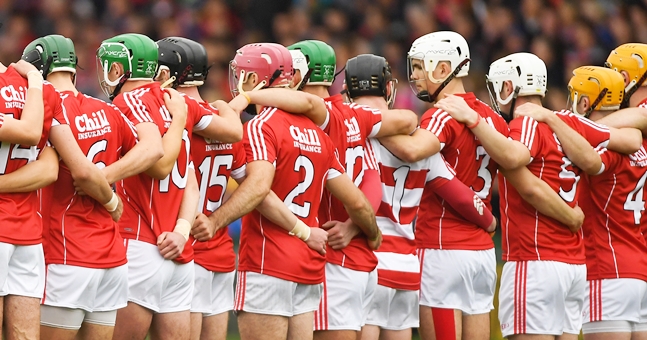 "Don’t get me wrong, I like Daly. But to call Cork that is very unfair of him. If he looked back through the sides he played with, there was a lot of flaky lads in those Clare teams too. It’s not an accurate description of that Cork team at all. ‘Inconsistent’ would be the word I would use about them." 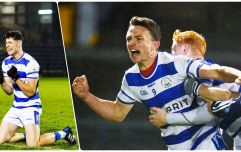 END_OF_DOCUMENT_TOKEN_TO_BE_REPLACED

Inconsistent indeed. Cork blew Kilkenny out of the water in the first five minutes with their lightning full forward line looking like it could go to town altogether. Instead, the supply-lines ran dry as Kilkenny took over the middle third.

And while this represents 14 years since Cork's last All-Ireland win, their record in Croke Park is none too pleasant either. O'Sullivan doesn't believe it's a hoodoo though, and is more concerned by the fact that Cork have gone a whole decade without winning Liam MacCarthy.

"Okay, Cork’s record in Croke Park hasn’t been great, but I don’t buy into all this stuff about it being a hoodoo. I like to look at the bigger picture. Cork haven’t won an All-Ireland now since 2005 and failed for the first time to win one in every decade since the 1890s, that’s more of a worry."

As for John Meyler, the Rock reckons he has earned the right to decide on his own future.

"I don’t know if it is. He’s an independent man and he is still in the role until the end of the season. It’s up to him if he sees fit to stay on to carry this Cork team forward.

"There’s potentially a big influx of youth coming from the u20s and it’s up to John on whether he thinks he’s the right man to bring them in. It’s his decision on if he puts his hand up again to keep going. It’s not for me to decide."


popular
"There's a nice bit of balance in that full forward line" - Mayo moving well
You have five minutes to name these four footballers, but it probably won't be enough time
Bruno Fernandes had an endearing reaction to being named Man United captain
The SportsJOE 12 o'clock quiz | Day 212
Alfredo Morelos on ultimate wind-up as Shane Duffy has day to forget
House of Rugby Ireland returns with new look, and new hosts
"I knew that if I got the opportunity, I'd never let it go again" - Gordon D'Arcy
You may also like
3 days ago
"It's now that these fixtures need to be sorted and amended" - Jacob advises associations to plan ahead
3 weeks ago
QUIZ: Which is the correct GAA crest?
1 month ago
"Even on player's bad days, you were very kind" - Seán Óg sums up O Muircheartaigh's magic
4 months ago
"I couldn't look somebody in the face and shake their hand if I'd been dragging off them for the hour"
5 months ago
The man they couldn't make training hard enough for
6 months ago
Ranking the most audacious and ridiculous skills pulled off by Irish sports stars
Next Page