The All-Ireland quarter-final off the back of those monstrous provincial groups.

As Wexford and Clare did battle to take themselves closer to Liam MacCarthy, as one county's dreams were set to die in Cork, only 10,255 showed up to support them. 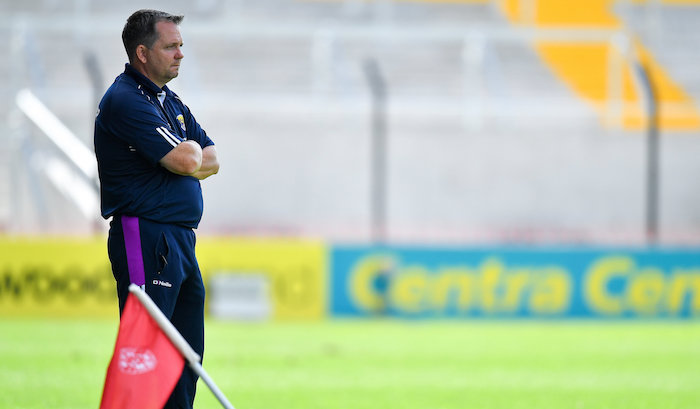 When the fixtures were released - eventually - and it was revealed that Davy Fitzgerald and Donal Moloney would have to take their respective sides to the banks of the Lee to do battle, eyebrows were raised all over the country.

Why take Wexford two and a half hours down the road? Why two hours for Clare? Why not Thurles? Why a bloody Saturday afternoon? Why not a double header with Sunday's quarter-final between Kilkenny and Limerick? Why not pack out the home of hurling?

As it was, just 10,000 people were present for one of the biggest games of the season as an amazing hurling championship felt like it was petering out when it's only really getting going.

Davy Fitzgerald not being drawn on his future

"The best team won but our lads kept trying... You know where my heart will be going on" pic.twitter.com/qbo0NYZAaP

END_OF_DOCUMENT_TOKEN_TO_BE_REPLACED

Although they had to trek to Cork to do it, it's the Banner county's first time booking a place at Croke Park since they won the All-Ireland back in 2013.

Seven points from Peter Duggan and five from play for Tony Kelly did the damage in the end but the decision to put it on in Páirc Uí Chaoimh was the biggest takeaway for most hurling fans.

If only there was some way we could've known that this might not have been, a) the best idea or b) the most popular idea in the world.

GAA hierarchy outdo themselves with stupidity and greed again. Clare v Wexford in Pairc ui Chaoimh with no Hawkeye, Limerick v Kilkenny in Thurles with Hawkeye at the EXACT same stage of the competition. Ridiculous. Imagine if that's what it comes down to? #GAA

popular
"No doubt he'll say he played shit like he normally does, but I thought it was a good game."
The SportsJOE 12 o'clock quiz | Day 144
The SportsJOE 12 o'clock quiz | Day 143
SportsJOE 2000s Football Quiz | Round 12
Three teams Leinster can pit against each other to prepare for Munster
Only a Champions League fanatic would get full marks in this quiz
Brooks Koepka puts PGA Championship leaders on notice with final round comments
You may also like
2 months ago
How Clare won Jamesie's heart, after all those Galway dreams
3 months ago
Genius of Ger Loughnane rings true in his believing players
4 months ago
Ranking the most audacious and ridiculous skills pulled off by Irish sports stars
4 months ago
We give you the All-Ireland hurling final, you tell us the man-of-the-match
5 months ago
Shane O'Donnell controls the ball without really knowing where it is
5 months ago
"Then we came along and we just won most competitions we were in"
Next Page