Armagh are waiting with open arms.

After two years Down Under, Cullyhanna man Ross McQuillan is coming back to the Orchard County having called time on his AFL career.

McQuillan, who made his Armagh senior debut in the 2018 Championship season, headed for Australia in 2019 having impressed various AFL scouts and teams. The St Patrick's club man's athleticism and pace stood out at the AFL combines with his rapid 20m sprint time of 2.77 seconds convincing the Essendon Bombers to offer him an international rookie deal.

In Essendon, he joined up with fellow Ulsterman Conor McKenna but his stint in his Australia was short lived - McQuillan didn't make a senior appearance in an inevitably unusual and stop start 2020 season - and he follows McKenna and Conor Glass back home to play GAA. 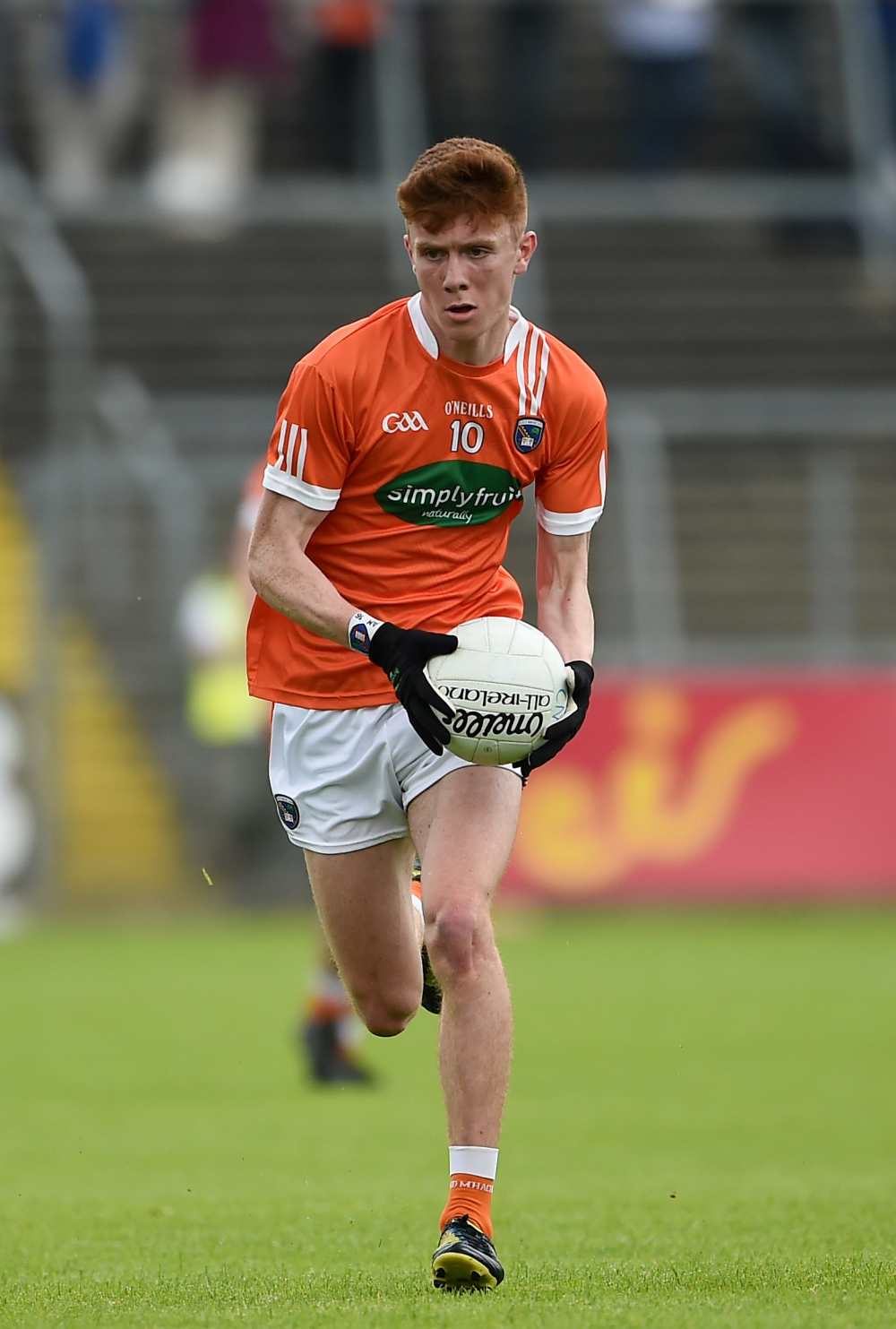 In Armagh, they will be excited to hear of McQuillan's return with his potential and ability clear for all to see during an impressive underage career. Indeed, the son of former Armagh player and selector Martin is somewhat of a sporting all-rounder, having represented Northern Ireland at basketball.

END_OF_DOCUMENT_TOKEN_TO_BE_REPLACED

“Clearly the 2020 season was unlike any other, and without a second tier competition, opportunity for game exposure was limited. Not only was it was a difficult year for Ross to learn the game and hone his craft, geographically being so far away from home added to the trying nature of the year," said Essendon boss Josh Mahoney of McQuillan's decision to move back home.

McQuillan is expected to link up with Kieran McGeeneys's Armagh panel for their 2021 League campaign.


popular
Roy Keane cheers all Celtic fans with response to Rangers title win
Micah Richards walks right into Roy Keane's trap as he attempts to defend Sergio Reguilón
Longford leaving cert schools Europe's finest with measured masterclass
Bryson DeChambeau on text Tiger Woods sent before Arnold Palmer victory
Conor McGregor bought out of Proper 12 whiskey company
Leinster reach PRO14 Final but Ulster have every right to feel aggrieved
QUIZ: How well do you remember the 2010 World Cup?
You may also like
1 week ago
Night to remember for Mackin at TG4 Ladies football All-Stars
3 weeks ago
"Angry" Sligo manager McEntee calls on GAA to stand up to government and get some clarity for its members
3 weeks ago
"The best way I could go out and honour him was to go out and play, and to play the best that I could"
3 months ago
Free-scoring Mackin lights up the ladies championship for Armagh
4 months ago
Ladies championship starts with fireworks as Armagh blitz Tyrone in nine goal thriller
5 months ago
QUIZ: Which is the correct GAA crest?
Next Page