We usually reserve the term 'only in the GAA' for times of boastfulness.

We save it for when we're talking about two clubs going out for pints together, doctors on the opposition team coming to the aid of a rival, or anything that will make us look good or that falls generally under the classy category - post match sportsmanship, a nod of respect to the greats or more cultural problems that we just get on with like players changing at the side of the pitch or boys going from and back to work for the love of the GAA.

It can't be denied though that it's not always something to show off to the world.

'Only in the GAA' sometimes is just another way of saying 'only on Craggy Island'.

We're lucky to have some of the finest broadcasters around living in this country, immersed in the national games, and the work Jerome Quinn does all over the world is a credit to both him and the GAA.

But you can't legislate for pop-up sign malfunctions. Or for church bells. Or for low-flying planes.

Antrim hurler Joe Maskey was kind enough to give his time and words for the launch of the Conor McGurk Cup, an Ulster competition set to feature Queen's, Jordanstown, Antrim, Down, Tyrone and Donegal. It's an appetising tournament that should invigorate the ash early in the year but poor Maskey couldn't get through a sentence without something interrupting. 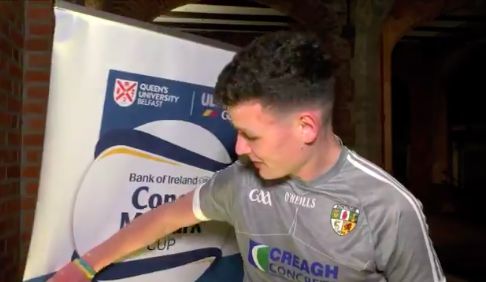 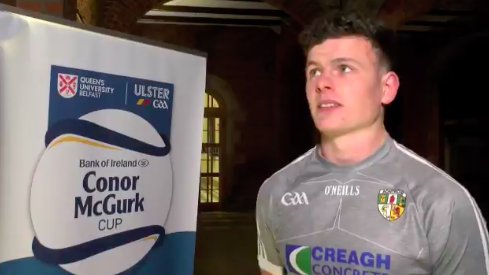 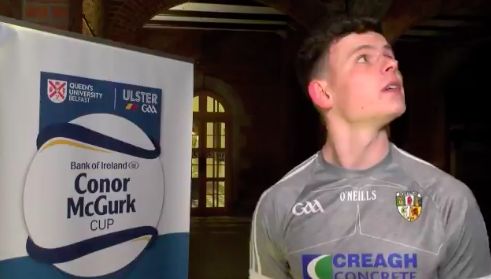 They all conspired to cut short Maskey's thoughts on three different occasions and you really have to feel sorry for him because, when men like Neil McManus are tweeting about it, you know they're going to take the piss. 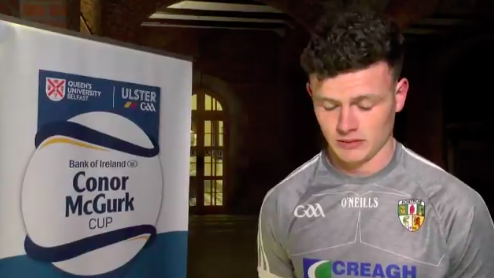 Thankfully Jerome Quinn put out the unseen footage and Maskey himself took it in good humour.

If the organisers of the Conor McGurk Cup planned it, they're geniuses.