Corofin and Fulham Irish have a story to tell, if nothing else.

"We just got out by the skins of our teeth," said Corofin GAA club chairman Michael Ryder.

He wasn't taking about a tight game.

The All-Ireland quarter-final between Corofin and Fulham Irish was postponed on Sunday because of a snow-covered McGovern Park in Ruislip. The game looks set to be rescheduled for sometime in January, but that's only half of the story, as Ryder told us on Monday morning.

This isn't ideal for them https://t.co/yFyFIHYAbw

Because he and most of the Corofin team only just made it home to Galway in the late hours of Sunday night. For a while it looked like they'd be stranded in Heathrow Airport, London.

The side's flight home came all the way from Shannon on Sunday evening but wasn't able to land on the Heathrow runway for the guts of an hour due to the snow. As the plane hung over the track, the people of Corofin feared it wouldn't be able to land at all.

These are normal people. Ryder was in a rush home for a Galway county board meeting on Monday night where he was in the running for a position. Players had work on Monday, so had supporters.

"Eventually, the plane landed, and yeah, we were all relieved when it did," he said to SportsJOE.

The whole furore was a bloody nuisance for Corofin but there's nothing you can do when the weather Gods are in a bad mood. Except maybe play these big games earlier in the year but that's another matter entirely.

Absolutely gutted that the game between @FulhamIrish and @CorofinGAA is cancelled. But I'm no polar bear. Rescheduled for Christmas Day extra time if required. Replay Boxing Day.#TheToughest pic.twitter.com/jzPZIle0T2

"You put a lot of work into it, be it through organising tickets, arranging stuff like our team doctor, physio. Two of our guys were out there with the lad's gear the day before the match. For our supporters as well, it wasn't ideal," he added.

It certainly wasn't. Again they're normal people. Flying over and getting weekend's off doesn't come cheap, but this is the GAA and that's what people will do for the love of it.

The CCCC are meeting during the week to discuss the rescheduling of the game, and that's not going to be easy, either. Because the weekend that was in mind, the last weekend of January is the same start date of the National hurling and football leagues, with games taking place over the two days in London, as the club Chairman informed us. 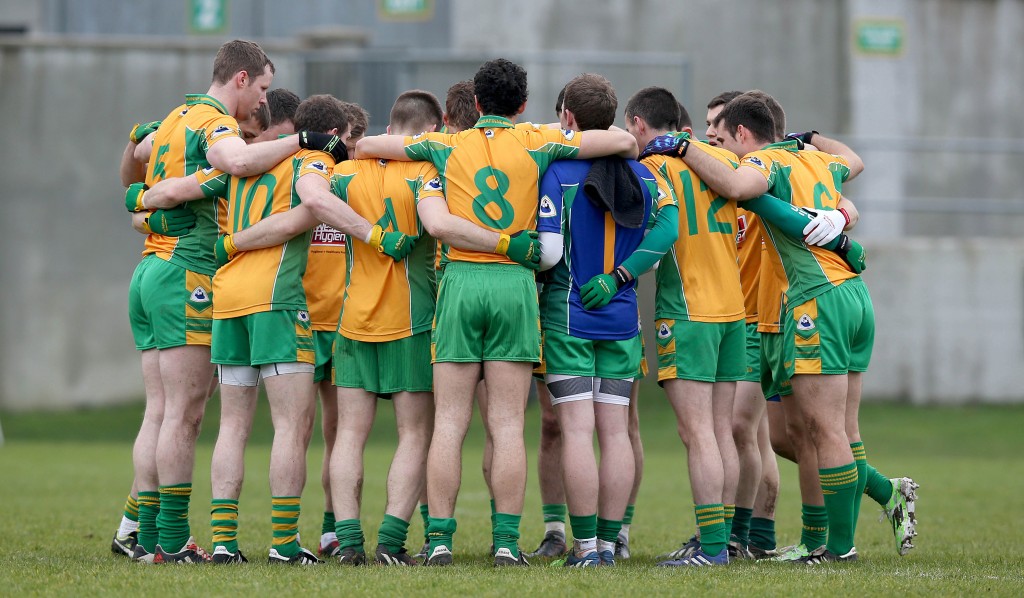 Most of Corofin are back home in Galway now and their heads will turn to Christmas and then rescheduled January clash. Some of them didn't even get to leave Galway, for God's sake, like club member John Fahey who got stranded in Dublin Airport on his way out on the Sunday morning. 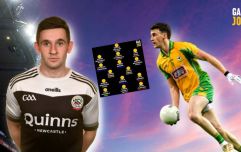 END_OF_DOCUMENT_TOKEN_TO_BE_REPLACED

The Corofin player's and mentor's Christmas thoughts and actions will revolve around the January showpiece, with an All-Ireland quarter-final looming large, and that's why some players stayed over in London to make use out of their trip over.

The best thing about it; it was the Fulham Irish players who kept them company.

The game may have been called off, but our blanket defence was still in full force last night in Leicester Square. Safe home @CorofinGAA . #TheToughest pic.twitter.com/J8sEdSZAUP

"We got hold of Michael Lundy," said the London side's manager Greg McCartan. "We invited them to come over and join us," added the former Down star to SportsJOE.

"We had a right bit of craic now with Kieran Fitzgerald, Ian Burke, Ronan Steede, Bernard Power and Ciarán McGrath and a few others." 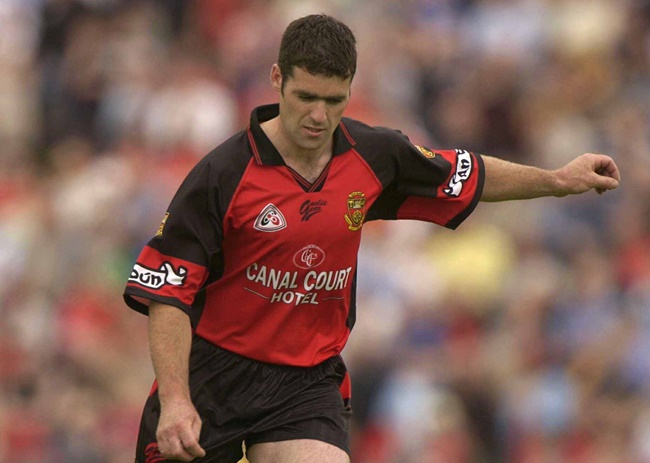 "As the fella says, we mightn't have played the game, but we'll drink like we did anyway," he told SportsJOE.

And why wouldn't they have a bit of craic?

"That's what the GAA is all about," said the Corofin chairman. 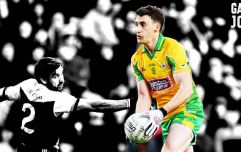 END_OF_DOCUMENT_TOKEN_TO_BE_REPLACED

And isn't he dead right, isn't it bloody beautiful?

Just say the All-Ireland quarter final meeting had went ahead as planned on Sunday, the teams would have spent one full hour, and maybe more, hating the guts of each other.

The players on the pitch would have shaken hands before the game, and then they'd have tore strips off each other until the referee's final whistle.

Then, then they'd have shaken hands and all of those off the ball hits, those cheeky verbal digs would have been forgotten because most GAA people understand how much winning means.

Then they might have went out for a few drinks and a bit of craic like they did last night.

They're in the same boat for the next month and they'll be rivals on the pitch soon. But all's fair in love and war, and at the end of the day, we're all just normal people. Just GAA people.


popular
"Conor Murray was hung out to dry"
Kilkenny youngster pulls off the no-look hand-pass once more
"Ireland don't ever do anything different and that's the worry" - Mike Tindall
Georges St-Pierre discusses possibility of fighting Conor McGregor
ROG hits the nail on the head assessing Ireland's performance
Four features of Mason Greenwood's goal vs Watford that shows he is going to the very top
Kelly Cates responds to that awkward moment from Friday Night Football
You may also like
1 month ago
"I'm up in UCD so I could just go out with a few balls by myself and practice it"
1 month ago
3 kicks takes Corofin the length of the field in total football exhibition
1 month ago
1-32 table of the most competitive hurling championships in Ireland
2 months ago
The best club hurling 15 since 2000
4 months ago
"It's an opinion that people have, but you can't compare them"
2 weeks ago
"You grow as a person off the back of injuries...I always had the answer that drove me"
Next Page