"We came into make a statement."

So said Kilmallock manager Tony Considine, and a statement his team made. Having failed to beat top dogs Na Piarsaigh since their county title win in 2014, the South Limerick side had a point to prove on Friday night and they're motoring along nicely now.

Central to the win was their county star Graeme Mulcahy who chipped in with a game-changing goal as well as four fine points from play and the lively forward spoke about the win to Colm Parkinson on Monday's GAA Hour Show. 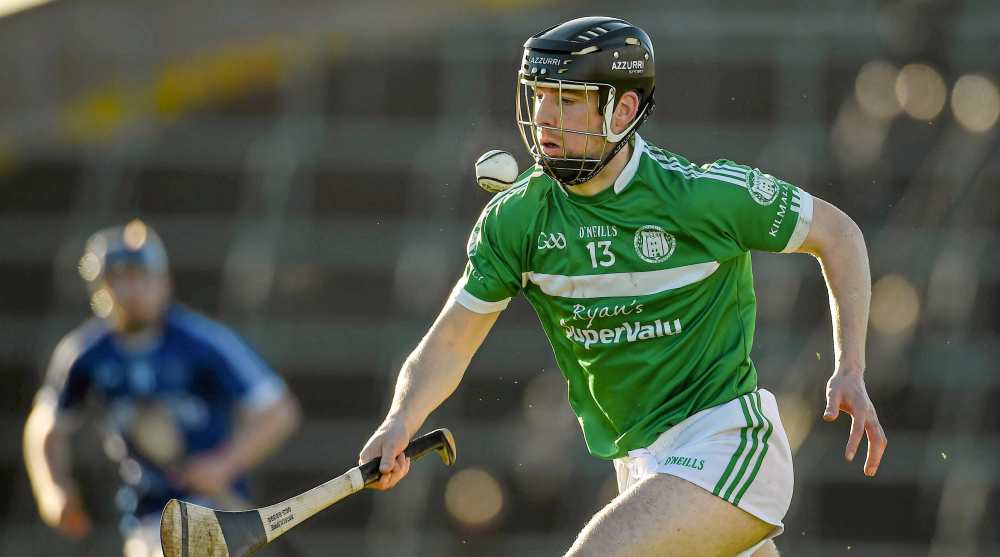 "It was great for us to get the win. It was lovely (to score 1-4) but having struggled to beat Na Piarsaigh over the last few years, it was a great buzz for the group in general.

"We haven't won a county since 2014 and we knew that if we lost the game, we would be under pressure. We had to send out some sort of a marker and give ourselves the easiest route possible to a county final. It was always in our minds to lay down that marker. We're not a team for having a lot of team meetings but when we did speak, we did speak about chasing down this game.

"To get Tony (Considine) back, with his knowledge of the group and the club, is huge for us. Just that understanding especially given the short timeframe that will be in it now.

"If we hadn't Na Piarsaigh to contend with, we might have been a lot more successful in Limerick and maybe in Munster as well. The likes of ourselves, Patrickswell, Doon and Adare have been playing catch up trying to get to the level that they're at. In fairness to Patrickswell, they've won two championships which is a huge achievement given the standard that's in it."

"If you could fit 1000 thousand into a shopping mall, surely you could put 500 into the Gaelic Grounds in Limerick.

"You could fit 5000 in here and they'd still be socially distanced." - Tony Considine pic.twitter.com/SYbi0R6HH6

END_OF_DOCUMENT_TOKEN_TO_BE_REPLACED

A nippy inside forward on the county scence, Mulcahy was out on the half forward line on Friday night where he feels he can use his experience more.

"Number 11 is a nice change of scenery. I started in the full forward line the other night but came out. It's a good position for me to be in, with my experience over the last few years. Just to try talk to the lads, try and organise things and work off the breaks. I won't be contesting puck-outs or anything like that..."

One aspect of the game he didn't particularly enjoy were the water-breaks which he feels are a momentum stopper for teams.

"The water breaks are difficult to manage. Certainly we felt with the water break in the second half, we had a lot of momentum going and it just seemed to kill that. We never really picked up then after. Lucky enough, we tacked on another point but it definitely killed some of our momentum...From the amount of back-room staff you're allowed with a team, it might be tough to have lads own individual water bottles but I don't see the real need for it. I didn't really look into it that much, just go with it..."

You can listen to Graeme Mulcahy's GAA Hour interview here.


popular
The SportsJOE 12 o'clock quiz | Day 291
Roy Keane story shows the power he had at Manchester United
Three players locked in Ireland jerseys after Thomond Park trial
McGregor admits shout from Dustin Poirier's corner got inside his head
Jolie Poirier certainly let her voice be heard after her husband's win over McGregor
How Declan Rice pursuit contributed to Frank Lampard's Chelsea sacking
McGregor's first words to Poirier after defeat show where the damage was done
You may also like
1 week ago
"The divil you know is better than the divil you don't" - Larkin stands by Cody
2 weeks ago
"Is it curry or is it stew?" - Seamus Flanagan and a Limerick training session in November
1 month ago
"Cillian O'Connor, amazingly, didn't even flinch at what was said by Philly"
1 month ago
"It's going to be very hard to see anyone laying a glove on Limerick for a while" - JJ Delaney
1 month ago
"He isn't a flat track bully; he's the reason Mayo hammered them"
1 month ago
Mayo know what's required to beat Dublin... but it could get dicey
Next Page