It's hard to believe it, when you consider that the dainty corner forward has been lighting up the Clare SHC for Cratloe for the last two years.

But it's come quicker to this lad than it does to most.

Tipped for stardom ever since his days with the Clare minors, Considine was one of the best hurlers in his year in Ard Scoil Rís. This year, he's up in UCD and he'll do some damage in the Fitzgibbon Cup too but for now the focus is on Cratloe again.

Considine is taking them places. Last year, he ripped up trees all the way through. Was on fire in the early rounds and hit 1-4 from play in the semi-final win over Kilmaley.

Considine and Cratloe went down in the final against Ballyea but the real test in sport is the bouncebackability test. One year on and Cratloe are back for more. 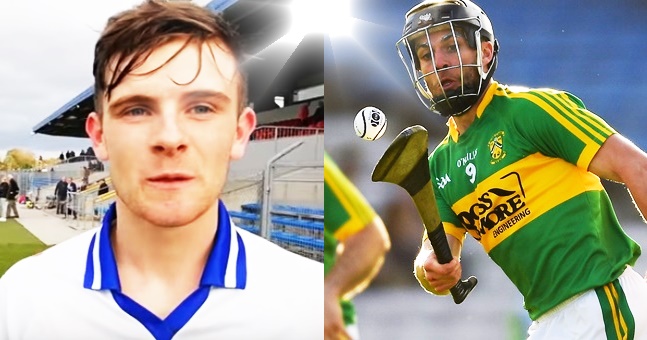 These lads are on the cusp of it. Just give them their chance and watch them take it. Some of the...

Sixmilebridge better be ready in the decider. On Sunday, the opposition was Crusheen, conquerors of Ballyea but Cratloe were just too good. They turned on the style and Crusheen had no answer. Considine was the main man.

You wouldn't have predicted that narrative at half-time. At the interval, Cratloe were down by three and they were in a spot of bother. 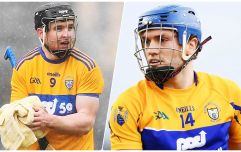 END_OF_DOCUMENT_TOKEN_TO_BE_REPLACED

It didn't take them long. Conor McGrath, that stalwart of Clare hurling sped away from the throw-in and he looked to be going for a point. His effort dropped short and looked destined for the goalie's left paw.

But Considine sensed an opportunity. He dashed across and took the ball down lovely with a sharp touch. The second was even better and the dummy was even dizzier.

The composure was frightening and the goal was pure class. Cratloe were settled. Considine was on his way.

A first touch, and then a second touch straight out of the hurling heavens 😍😍🤤🤤

What composure, what a goal.pic.twitter.com/ZPDYWTmPpQ

Give it a couple minutes and the second goal came too. Composure like that is hard to rattle. Considine did well from Cathal McInerney's pass.

Considine, McInerney, McGrath and Collins for Cratloe. Shanahan, Morey and Golden for Sixmilebridge. The Clare SHC final will be worth following.

Elsewhere, there was a huge win for Dunloy in the Antrim SHC final. They defeated Ruairí Óg Cushendall by 3-16 to 2-15 with the Elliott brothers the main men. Shane hit two goals off the bench while Nigel hit 1-2 in a game where Neil McManus was outstanding for Cushendall.

In Galway, Portumna's old veterans came up trumps again. Ollie Canning, in his 26th year playing senior hurling with the club, hit 0-2 in their relegation final win over Gort. That keeps the four-time All-Ireland club champions in Senior A for another year.

In Tipperary, former Tipp minor and under-21 Tadhg Gallagher inspired Kiladangan to a North Final win over Borris-Ileigh. Gallagher, the lightning forward hit 1-4 in a razor sharp performance. A penalty save from Barry Hogan on Brendan Maher was key in that game. In the mid final, there was heartbreak for Upperchurch-Drombane. They led all the way but were clawed back by a late goal from Seamus Callanan in injury time. Drom went onto take the title in extra-time. Meanwhile, reigning county champions Clonoulty Rossmore made it four-in-a-row in the west.


popular
You have five minutes to name these four footballers, but it probably won't be enough time
"There's a nice bit of balance in that full forward line" - Mayo moving well
The SportsJOE 12 o'clock quiz | Day 212
Bruno Fernandes had an endearing reaction to being named Man United captain
Alfredo Morelos on ultimate wind-up as Shane Duffy has day to forget
House of Rugby Ireland returns with new look, and new hosts
"I knew that if I got the opportunity, I'd never let it go again" - Gordon D'Arcy
You may also like
2 weeks ago
A summer of golf and getting fit, but Davy Fitz is delighted to be back hurling
3 months ago
"I thought, 'What better time to get my experience than in a global pandemic?'" - Síofra Ní Chonaill
5 months ago
How Clare won Jamesie's heart, after all those Galway dreams
5 months ago
Genius of Ger Loughnane rings true in his believing players
6 months ago
Ranking the most audacious and ridiculous skills pulled off by Irish sports stars
6 months ago
We give you the All-Ireland hurling final, you tell us the man-of-the-match
Next Page