It's a distinctive name, and hurling followers would want to get used to it.

18 years of age. Still in school. Playing against one of his teachers. Devaney scored 1-4 from play in a low-scoring county final to help Borrisoleigh to their first county championship in over 33 years. And he scored one of the goals of the year along the way too.

It really doesn't get any better than that. But this fella will be here for a long time yet.

Devaney is still only a minor but as soon as he was ripping up the under-21 grade last year alongside his partner in crime Kevin Maher, they were counting down the days for the dynamic duo to be eligible for the senior team.

Borrisoleigh have had a good club team for years. Paddy Stapleton, Brendan Maher, Dan McCormack and Conor Kenny. But you still felt they needed that bit of electricity to drive them onto the promised land. 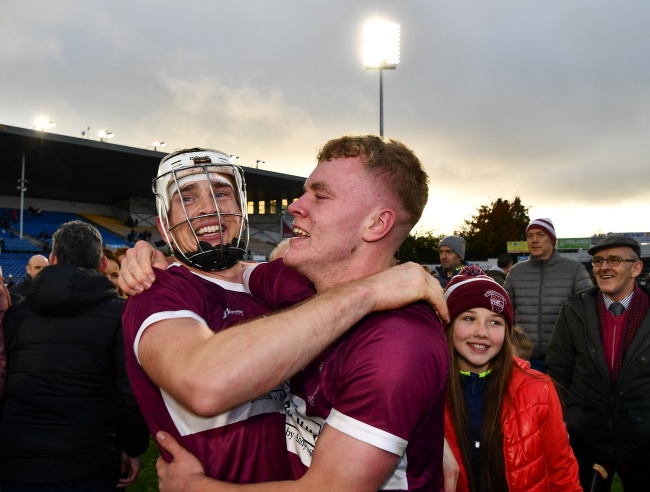 Well Devaney and Maher are livewires. And Devaney in particular, was fully charged on Sunday afternoon.

He made the victorious county under-20 panel two years out of age but he saved his best for the maroon of Borris. Began terrorising corner backs in the north Tipp division and was scalding on the county scene too.

Borris were beaten by Kiladangan in the north Tipp final a couple of weeks ago, but that made Sunday's victory over the same opposition all the sweeter. Devaney was quiet that day. He had Semple Stadium heaving this time around. He had Kiladangan defenders in a spin. He had this game wrapped around his little finger.

END_OF_DOCUMENT_TOKEN_TO_BE_REPLACED

Borrisoleigh's first point of the game. Devaney was feeding off Conor Kenny's breaks. He pinged one over from the sideline and that was Borris settled into the game.

Brendan Maher and Dan McCormack were exceptional for them, as was the two Kennys and Kevin Maher but the star of the show was Devaney who grabbed this game by the scruff of the neck and took Borrisoleigh along with him.

His goal, which came right on the stroke of half-time was one of the scores of the hurling year. Picking the ball up on the sideline, he burned three Kiladangan defenders before hammering home a rebound after his initial shot was blocked.

The rebound makes the goal less easy on the eye, but it makes it a better goal. Devaney was in the zone and his reaction was that of a man who was scoring a goal no matter what the other team did about it.

They tried to clip his heels. They couldn't keep up with him and neither could the camera.

And the goal he scored, stop the lights and call the whole thing off. THIS is the goal of the seasonpic.twitter.com/E0cjqCc65D

They could do nothing. It was a great day for Borrisoleigh.

They are one of the strongest and most traditional clubs in Tipperary and a couple of near misses in recent years will have hurt. But the '86 All-Ireland club champions are back, and they're a force to be reckoned with in Munster now.


popular
"If Murray is playing that first half for England, he's probably Man of the Match"
Jacob Stockdale and Johnny Sexton not spared by English press
ROG hits the nail on the head assessing Ireland's performance
'Were they up for it more than us? That's my responsibility' - Andy Farrell
Triple Crown wrenched away as England scrape Ireland off their boots
Baz & Andrew's House Of Rugby - Twickenham carnage
The Ireland XV that should definitely start against Italy
You may also like
4 weeks ago
Tipperary make statement of intent with battling draw against Dublin
1 month ago
"I'm nearly the nan now at this stage!" - Aishling Moloney
1 month ago
GAA JOE club hurling team of the year
1 month ago
"I just love the responsibility, the more of that, I'm well able to handle it"
1 month ago
In defeat, Jerry Kelly dies with his boots on in coming of age final display
1 month ago
"You don't want to change a winning formula" - Maher and McCormack the key for Borris-Ileigh
Next Page