World Cup Power Rankings: The top 10 players at the tournament ahead of the quarter-finals

Here are our power rankings of players at the World Cup so far.

The 2022 Fifa World Cup has reached the business end of the tournament, with the quarter-finals about to start. Here are our power rankings of the players remaining in the World Cup.

These rankings are based on players' performances in the World Cup so far. Watch some of the world's best players with a NOW Sports & Sports Extra Membership when the club football returns on 26th December. 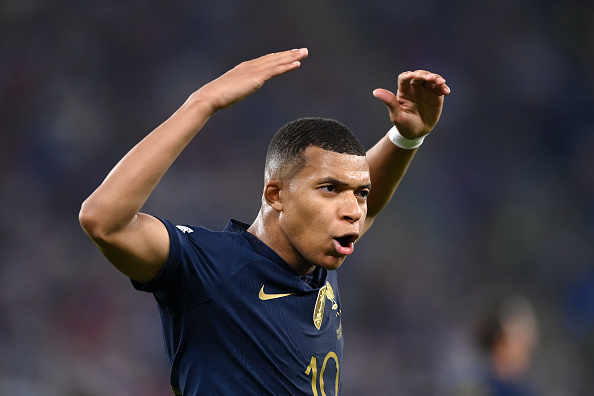 END_OF_DOCUMENT_TOKEN_TO_BE_REPLACED

England will face a much sterner test against France in the quarter-finals, but it is difficult to imagine Saka not starting the game. He has become one of Gareth Southgate's most trusted players. 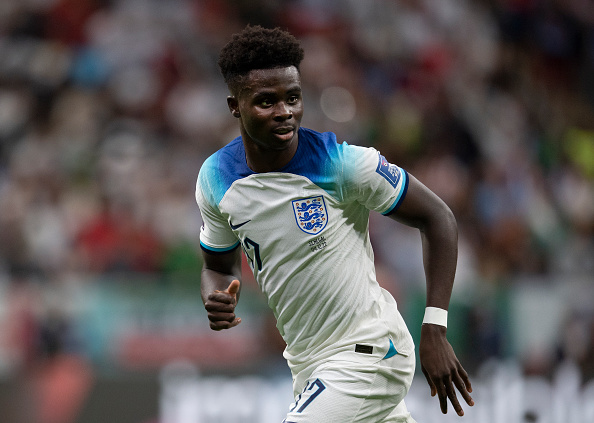 END_OF_DOCUMENT_TOKEN_TO_BE_REPLACED

Morocco's goalkeeper comes into our power rankings after his excellent performance in the team's surprise victory over Spain. Bono saved two of Spain's penalties in the shootout victory and helped his country reach the last eight of the World Cup for the first time ever.

END_OF_DOCUMENT_TOKEN_TO_BE_REPLACED

Bono has, incredibly, only faced two shots on goal in the tournament so far, the fewest of any goalkeeper who has started a match at the tournament.

The Sevilla goalkeeper, however, is part of a solid defensive unit and is a calm, reliable presence between the sticks. Portugal will find it difficult to get past him in the quarter-finals. 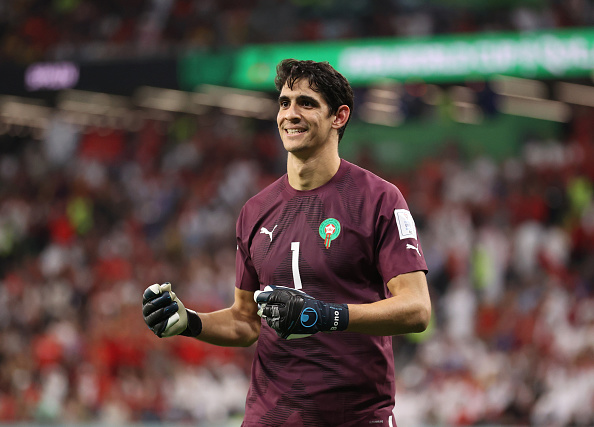 England fans are getting very excited about Jude Bellingham and with good reason. The Borussia Dortmund midfielder is only 19, but he plays like an established veteran. He is an excellent passer, efficient at winning the ball back and nearly unstoppable when he runs forward with the ball.

Bellingham was England's best player in the 3-0 win over Senegal in the last-16 tie. The former Birmingham City star was at his best breaking forward with the ball and set up Jordan Henderson's goal to give the Three Lions the lead in the match.

Bellingham's England teammates have tipped him to become the best midfielder in the world and it is easy to see why. 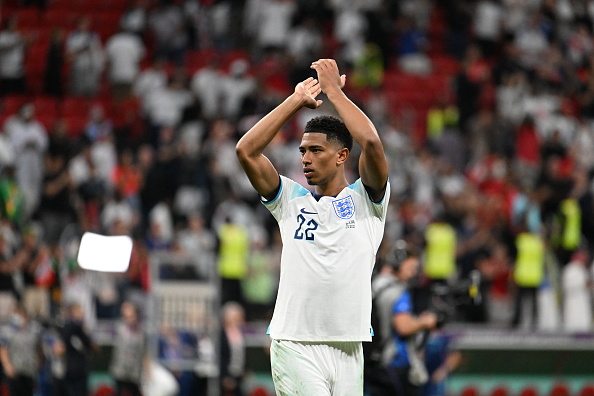 The Netherlands star scored in every group game and has become the team's talisman. Gakpo is a highly versatile player who can play anywhere across the forward line. He can also score all different types of goals.

In the win over Senegal, he scored a header. Gakpo netted a left-footed strike against Ecuador and with his right foot against Qatar.

Gakpo, 23, has been one of the breakout stars of the tournament and has been linked with a move to Manchester United. 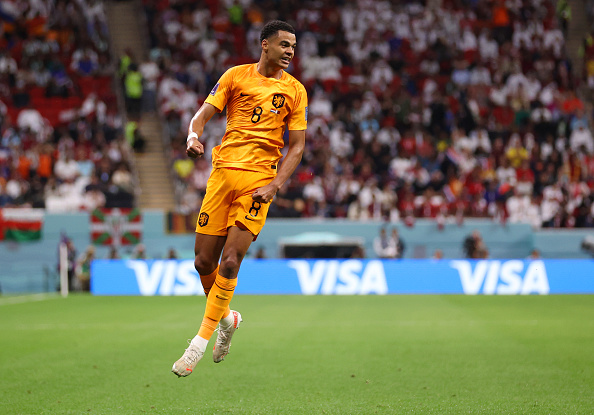 Gonçalo Ramos replaced Cristiano Ronaldo for Portugal's last-16 tie against Switzerland and made one of the biggest individual impacts in recent World Cup history.

The Benfica forward, 21, scored a hat-trick on his first start in the tournament, he also registered an assist in the stunning 6-1 victory. As a result, he shoots up in our power rankings.

Ramos also scored three goals of the highest quality, becoming the first player to net a hat-trick at the 2022 World Cup.

Portugal may have found their replacement for Ronaldo, who had to settle for a place on the substitutes bench. 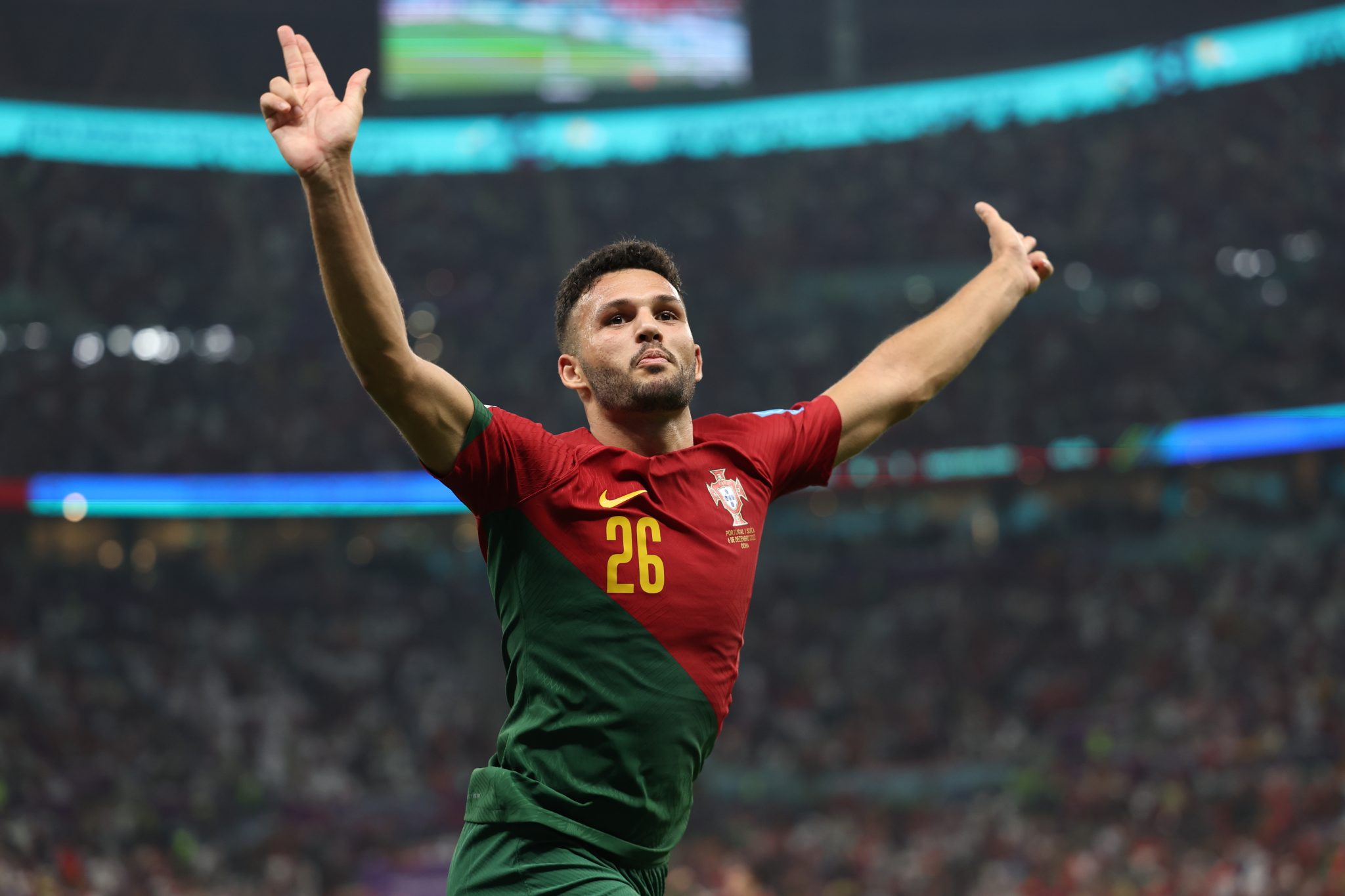 Griezmann has been asked to play in a deeper position for France than his natural position as a centre forward, but he has excelled in the role.

The Atletico Madrid forward is averaging more key passes than any other player in the tournament (3.8). He has also helped France when the team lose possession, winning the ball back and acting as an extra midfielder.

Griezmann has displayed one of the most complete performances of any player at the tournament so far. Kylian Mbappé will get the headlines, but his teammate has been excellent. 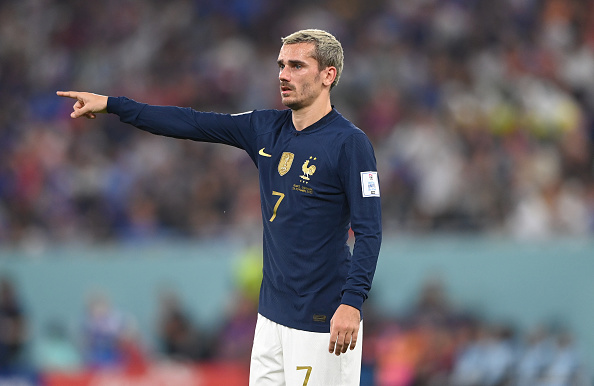 Richarlison scored twice in Brazil's win over Serbia, including one of the best goals of the tournament so far.

The Tottenham striker controlled the ball with his left foot in the penalty area, before spinning and scoring a scissor kick with his right foot.

Richarlison then netted another brilliant goal against South Korea in Brazil's 4-1 win. In addition to his goals, Richarlison has proved a very valuable player for the South American side.

No Brazil player presses the opposition more than the former Everton striker, who sets the tempo for his team by closing down the opposition defence at every opportunity. 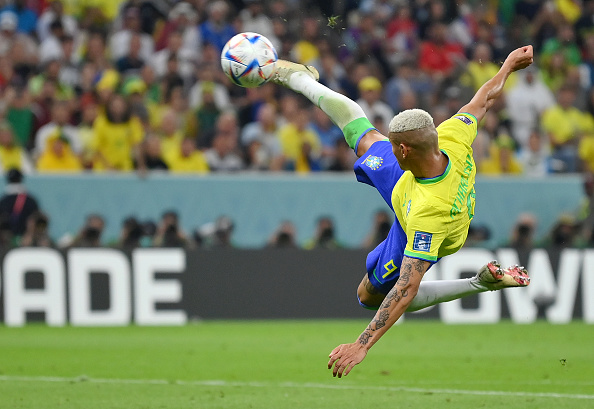 Fernandes has appeared back to his best at the World Cup. The Manchester United midfielder was the key player for Portugal in their victories over Ghana and Uruguay and was centrally involved in the incredible 6-1 victory over Switzerland.

Fernandes registered two assists in Portugal's 3-2 win over Ghana. He then scored twice against Uruguay, with his first goal a cross into the box that Cristiano Ronaldo tried to claim, but was ultimately awarded to Bruno.

The Portugal midfielder, who has been both creating and scoring goals, will be vital to his team's chances in the quarter-final against Morocco. 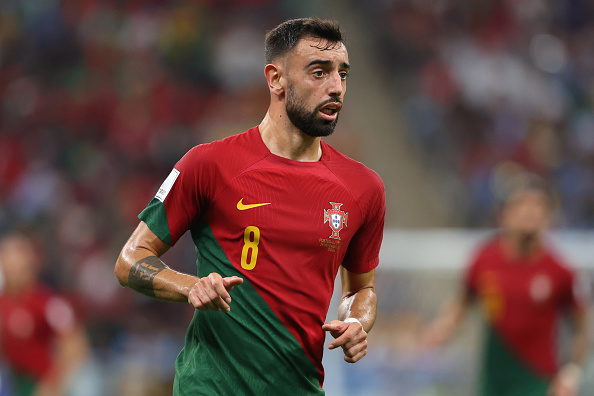 Messi saved Argentina again in the team's nervy win over Mexico in the group stages. The Paris Saint-Germain forward broke the deadlock with a great strike in a nail-biting win that ensured the South Americans remained in the tournament.

Messi followed that up with another opening goal in another tense victory, this time over Australia in the last 16. The 35-year-old put in a majestic performance in that victory and is fired up to win the tournament and cap an incredible career.

No team left in the tournament is as reliant on a single player as Argentina is on Messi, however, and that could eventually cost them.

Yet, there is nothing else to say about the Argentine genius, who will secure his place as the greatest footballer ever if he can guide his team to the trophy. 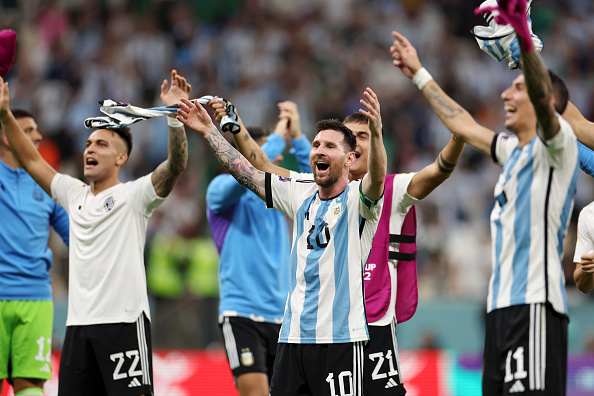 The French forward has been the best player at the tournament so far and is bending games to his will. Mbappé has cemented his standing as the best player in the world with his performances.

In France's first two matches of the tournament, a 4-1 win over Australia and a 2-1 win over Denmark, the Paris Saint-Germain star was the decisive player on the pitch. 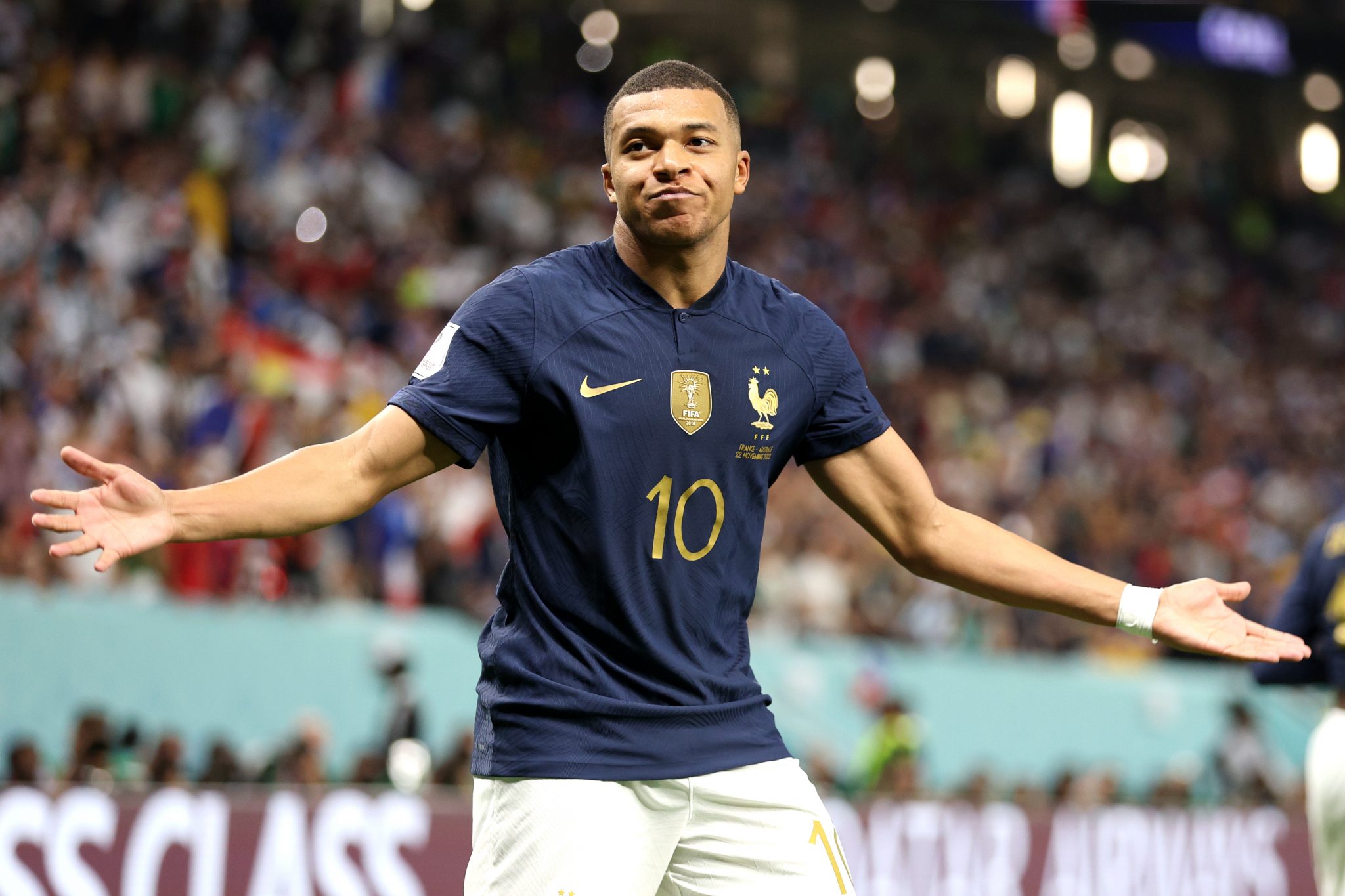 Mbappé scored and registered an assist against Australia, who could do nothing to stop him when he dribbled forward with the ball. Against Denmark, Mbappé scored twice and won the game for France, securing their place in the knockout stages.

After being rested for the defeat against Tunisia, Mbappé returned to face Poland in the last 16 and was, once again, the best player on the pitch,

The PSG forward, 23, scored two stunning second-half goals to win the game and looks unstoppable at the moment.

Mbappé is also on course to win the Golden Boot, with five goals in the tournament already.