You might have heard people harping on about virgin coconut oil of late.

But if you've not had the "miracle coconut oil" lecture off any of your gym-loving pals yet, then you'd better pull up a chair.

This stuff is legit. If you're not using it as part of your diet, then go out there right now and buy as much as you can.

Why? It basically does everything. It's one of the healthiest foods on the planet.

It gives your brain energy, helps with Alzheimer's, reduces inflammation and arthritis, boosts energy and endurance, and gives you great skin.

Oh, and did we mention it's absolutely dynamite for weight loss and fat burning?

If you're trying to get in six-pack-shape or just shed some of that excess belly fat, then this could be your secret weapon.

Virgin coconut oil is different from other fats - it is made up of Medium Chain Fatty Acids (MCFAs).

They are metabolised differently than LCFAs (Long Chain Fatty Acids) and go straight to the liver where they are turned into energy - and therefore less likely to be stored as body fat. 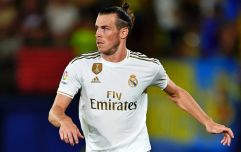 END_OF_DOCUMENT_TOKEN_TO_BE_REPLACED

This is a major reason coconut oil boosts your metabolism - because it's easier to turn into fuel than other fat sources. Dr Josh Axe says it takes just three steps to transform the oil into energy, as opposed to 26 steps from other sources.

Studies show that just one to two tablespoons a day of coconut oil can increase the number of calories burned by 120 a day. That's 840 every week.

This thermogenic effect can last for 24 hours - and experts say that it can triple your metabolism compared to other, long-chain fats, according to Bodybuilding.com.

So it is both a great source of energy and also a great way of burning off your stored body fat.

But the best news for your abs is that regularly eating coconut oil is proven to reduce your waistline.

Long-term use is shown to help get rid of dangerous abdominal fat - the kind that causes things like diabetes - and also covers up those abs.

The one thing to remember is always buy 'pure' or 'virgin' coconut oil that is unrefined.

You can pretty much do anything with it too - blend it into your morning coffee, stick a few tablespoons in a shake or smoothie, fry things in it or even spread it on toast.

In fact it's probably the best choice of oil to fry with, because the high smoke point means it's stable and less likely to oxidise and also lose nutrients.

More and more supermarkets are stocking it now and the price is coming down.

Start adding it to your diet and your abs will thank you for it.


popular
The SportsJOE 12 o'clock quiz | Day 250
Shane Daly debut incoming as Ireland name extremely mobile 15 for Georgia
The SportsJOE 12 o'clock quiz | Day 249
The Ultimate Diego Maradona Quiz
Jose Mourinho leads tributes to 'Don Diego' as the world says thanks to Maradona
Sky Sports pundit calls out Katie Taylor during live broadcast
QUIZ: Guess the football club from the crest
You may also like
1 month ago
Josh van der Flier shares training routine and drills needed to survive at the top
3 months ago
Leinster star Hugo Keenan has beaten Beauden Barrett's 'Bronco' time
3 months ago
The most underrated gym exercises of all time
7 months ago
The Andy Moran GAA Isolation Workout
10 months ago
Work-out at home this Christmas with these five easy exercises
1 year ago
England centre Henry Slade on the changes he made to his diet and training
Next Page