West Ham United were quick to troll Lyon striker Moussa Dembele after the Frenchman's first leg antics came back to haunt him.

David Moyes' side secured a convincing 3-0 win over Lyon at the Parc Olympique Lyonnais on Thursday night, with Craig Dawson, Declan Rice and Jarrod Bowen all getting on the scoresheet to send the Hammers into the semi-final of the Europa League. 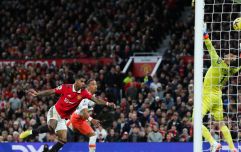 END_OF_DOCUMENT_TOKEN_TO_BE_REPLACED

The Premier League outfit came into the second leg having drawn the first leg 1-1 at the London Stadium last week, where visiting striker Dembele played a part in getting Hammers left-back Aaron Cresswell sent off.

Cresswell received his marching orders for pulling Dembele to the ground and denying a goalscoring opportunity.

Referee Felix Zwayer's decision looked quite soft at the time, with the Hammers defender probably unlucky to be shown red for the incident.

As the Englishman exited the field and West Ham were reduced to 10 men, Frenchman Dembele was seen winking in his teammates' direction. 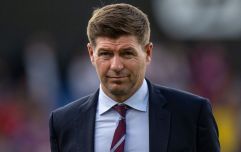 END_OF_DOCUMENT_TOKEN_TO_BE_REPLACED

However, it is West Ham who have enjoyed the last laugh having progressed to the next round of the competition, and they were quick to remind the former Celtic man of his first leg antics.

The club's Twitter account posted the video of Dembele winking, but they put their own spin on it with Rice appearing at the bottom of the clip. Accompanying the footage was a simple winking emoji.

END_OF_DOCUMENT_TOKEN_TO_BE_REPLACED

Midfielder Rice also reacted to a previous statement made by their opponents, this time responding to a tweet from Lyon's English Twitter account which insisted that they would be the team that progressed to the semi-final.

West Ham return to Premier League action at the weekend, welcoming Burnley to the London Stadium on Sunday.