Wayne Rooney on why he preferred Tevez to Ronaldo, Van Persie and Van Nistlerooy

"I always remember it must have been horrible for defenders to play against us because we were always in opponents' faces."

Wayne Rooney touched on a lot of subjects during his impressive appearance on Monday Night Football's coverage of Watford's 4-1 win over Chelsea. He had plenty of anecdotes from his time at Manchester United, from an amusing argument with Roy Keane, to playing under Sir Alex Ferguson and his relationship with Cristiano Ronaldo.

He also revealed his favourite strike-partner at United, and he had plenty to choose from.

"Ruud was brilliant, probably still the best finisher I’ve played with," Rooney began, referring to Ruud van Nistelrooy, one of United's most prolific strikers ever. The Dutchman scored 150 goals in 219 games for the Red Devils between 2001 and 2006. But, towards the end of his time at Old Trafford, Van Nistelrooy clashed with Ronaldo, and got on the wrong side of Ferguson. He left for Real Madrid, and his former team flourished in his absence.

"He was ruthless, like Harry Kane he just loves scoring. We'd win 4-0 and he'd be miserable if he didn’t score," Rooney continued.

"In the second season you could see there were a few issues with Cristiano and one of them had to give and Sir Alex made the right decision in the end. At that time Ronaldo was nowhere near the level he is now, but Ruud was used to David Beckham and Ryan Giggs getting the ball down and crossing it in. Then Ronaldo came in, kept chopping back inside and Ruud grew frustrated. It was probably the right time for him to move on and then we came through as the next generation." 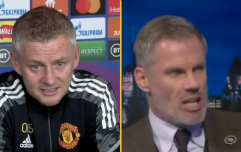 END_OF_DOCUMENT_TOKEN_TO_BE_REPLACED

Rooney then spoke about his partnership with Ronaldo. The Real Madrid forward transformed from a tricky, inconsistent winger, to powerhouse forward when Van Nistelrooy left. Ronaldo was freed from defensive duties, which meant Rooney had to cover more ground and often fill in on the wing. However, the former England captain was prepared to do a job for his team, as he recognised the importance of Ronaldo.

"In terms of goals maybe Ronaldo may have scored more than me," Rooney said.

"But if you've got Ronaldo in your team, you don't take away what he is best at and that's being fresh to go and score a goal. You don't ask him to chase people down because it will take a lot away from his game. It took away from me as well, but at the time he was more dangerous and I didn't mind doing that."

Robin van Persie was the next strike-partner Rooney discussed on the show. The Dutch forward joined United from Arsenal in 2012, and is credited with being the key factor in Ferguson's final title-winning season. Van Persie was sensational, scoring 30 goals in 48 games in that campaign.

His arrival shifted Rooney back to the number 10 position, and the pair combined for possibly the best goal scored that season. Against Aston Villa at Old Trafford, Rooney lofted a perfect pass over the top, which Van Persie smashed on the volley from the edge of the box into the corner of the net. The goal sealed his hat-trick on the night and confirmed United as champions.

"He was one of the, if not the main, reasons we won the league that year. Sir Alex made it clear he was his number one striker. He scored important goals, away at Anfield and Chelsea, the day we won the league he scored a hat-trick. It was a shame we didn't get him a bit earlier." 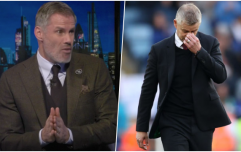 END_OF_DOCUMENT_TOKEN_TO_BE_REPLACED

However, Rooney preferred to play with one footballer above all of those world class stars - Carlos Tevez. Like Van Persie, Tevez only had one great season at Old Trafford, and he lost all his goodwill with United fans when he joined Manchester City in 2009. But he, Rooney and Ronaldo formed a brilliant front-three during the 2007/08 season, helping the club to the Premier League title and the Champions League.

"Tevez would be my preferred partner, we suited each others games and we worked off each other," the Everton forward said.

"I always remember it must have been horrible for defenders to play against us because we were always in opponents' faces. People said we couldn't play together, but we hit it off, played well together and I really enjoyed it."


popular
Spicy Donegal semi-final the highlight of a rip-roaring weekend of GAA on the tv
Shane Walsh: 'That's not how I was coached to play football. No one was coached to play football that way'
"Ah, come on!" - Richie Sadlier and Didi Hamann couldn't even agree to disagree on Griezmann's red
Seven exciting Ireland prospects pushing for November squad inclusion
"Where Johnny Sexton is so important to us now is being able to pass the baton"
Derry club win county final factfile games with extravagant set of jobs
Luiz Felipe in tears after bizarre red card after full-time whistle
You may also like
1 day ago
Man United aren't good enough to accommodate Ronaldo's refusal to work
2 days ago
Micah Richards makes damning claim about Man United under Solskjaer
3 days ago
Ole Gunnar Solskjaer to remain Man United manager despite run of poor results
3 days ago
Solskjaer gamble on Harry Maguire backfires in most horrendous way
4 days ago
UEFA reduce Aaron Wan-Bissaka's Champions League ban after review
5 days ago
Alex Ferguson wrote Mickey Harte a letter - ex Tyrone boss reveals in new memoir
Next Page