WATCH: The best goal of the Euro 2016 group stage has been decided

Away from the hilarious fan behaviour of the Irish supporters and the awful crowd trouble in Marseille, the story of Euro 2016 thus far is arguably Hungary's Group F-topping heroics.

Written off by many as the worst team in the tournament, Hungary were one of the first sides to gain guaranteed qualification to the knockout stages after defeating quite a few pundits' dark horses, Austria, and claiming a late point against Iceland in their second outing.

Manager Bernd Storck has been in the position for less than 12 months but he's put together a team with few superstars but plenty of heart and teamwork. 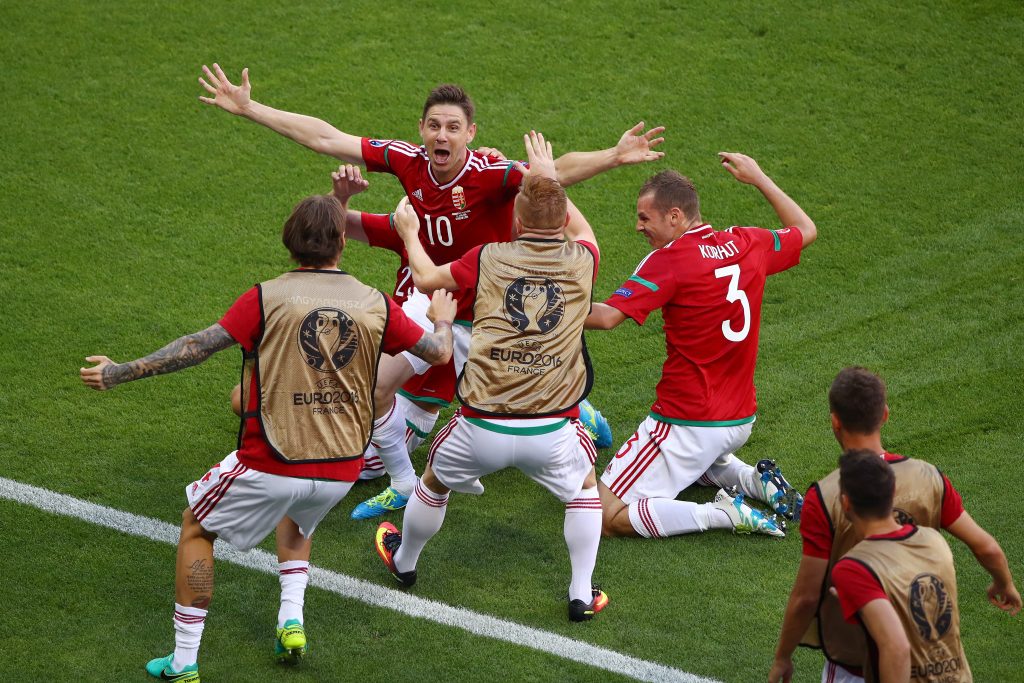 END_OF_DOCUMENT_TOKEN_TO_BE_REPLACED

In fact, there are very few recognisable names when you scan Hungary's 23-man squad.

The one that will stand out for many is Zoltan Gera, the former Fulham and West Brom stalwart who, at 37, is still able to trouble defences.

And it was Gera's stunning opener against Portugal in Hungary's final group game that was voted goal of the opening round on Uefa.com.

Hard to argue with that, really, isn't it?


popular
Eamon McGee just couldn't help himself with Armagh-melee tweet
Kieran McGeeney on the defensive after post-match questions on brawl
Damien Comer targeted in brutal, chaotic Armagh and Galway brawl
QUIZ: How well do you know Manchester United players of the 90s?
Conor Gleeson's gesture to heartbroken Ethan Rafferty a tonic after sideline brawl
Manchester United 'reject Barcelona's attempt to sign Harry Maguire'
Craig Casey relishing challenge of creating rugby history in New Zealand
You may also like
2 years ago
Jon Walters on Ireland's 'French Foreign Legion' security at Euro 2016
4 years ago
Every step the English hype train is about to take ahead of the World Cup
4 years ago
Cristiano Ronaldo story shows how far Robbie Brady has come
4 years ago
An insane amount of people watched Wes Hoolahan's goal against Sweden
4 years ago
Ranking Ireland's home jerseys of the last three decades
5 years ago
QUIZ: You have ONE minute to name the Ireland team that played Sweden at Euro 2016
Next Page