WATCH: A night in the life of Real Madrid's Pepe and his disgusting antics

Since when was winning not enough?

You have to wonder what goes through Pepe's head. Apart from those bullets that seem to hit him every five seconds.

END_OF_DOCUMENT_TOKEN_TO_BE_REPLACED

Real Madrid won their 11th Champions League title on Saturday night but, whoever you were supporting, surely you weren't even willing to at least turn a blind eye to Pepe and the sickening way with which he carried himself in Milan.

What's worse is that it was just business as usual for the Portuguese man. Sad, pathetic business.

Either Filipe Luis is checking on him or he's stamping on Pepe's face while the Madrid man is on the ground. Hard to tell.

Either Yannick Carrasco just shot Pepe in the face with a cannon, or Pepe is exaggerating.

Thankfully, Mark Clattenburg couldn't have given less of a f**k.

And, naturally, the defender got no sympathy anywhere. Even with all those snipers and mosquitoes swarming around him.

Pepe was hit in the face by the confetti #uclfinal pic.twitter.com/JYkxaTUEQT

As if he wasn't bad enough, he was running around with a bloody selfie stick after the game.

His Twitter account was sought out though and feelings were aired directly to his social media face - NOT THE FACE!

Any news on Pepe after he was viciously attacked last night? #GetWellSoonPepe @officialpepe @realmadrid @ChampionsLeague

The behaviour of @officialpepe last night on the pitch was disgraceful. Acting like he was seriously hurt over nothing was pathetic.

This was a ballsy move...

Yep, that's what we thought. 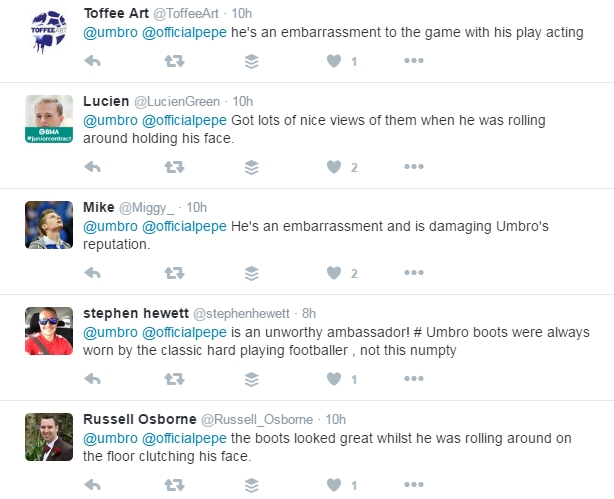 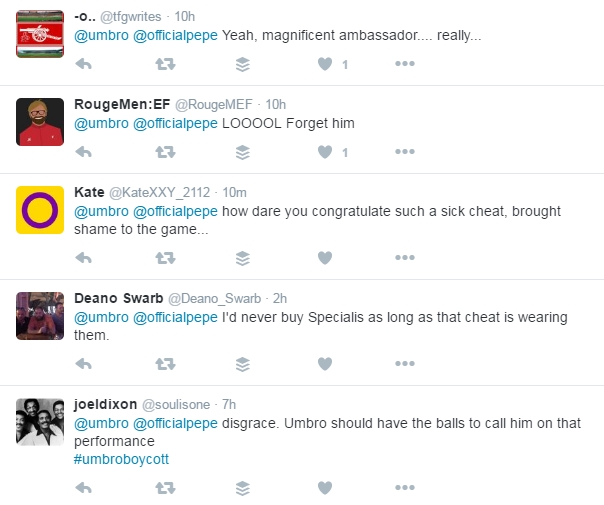 
popular
"He rode him like a machine rather than a racehorse" - Mullins doesn't spare Townend as second string come good
"Remember that name" - Sonny Bill Williams raves about Ireland U20 star after outrageous try assist
Matt Williams wants two changes and Peter O'Mahony benched for Ireland vs. France
Peter O'Mahony reaction to Liam Williams scuffle shows he may finally be mellowing
Ireland vs Wales: All the big talking points, moments and player ratings
Warren Gatland says Andrew Porter needs 'kick up backside' after flashpoint tackle
Two changes as familiar faces return to our Ireland team to face France
You may also like
1 month ago
Karim Benzema given special authorisation to appear in World Cup Final
2 months ago
Graeme Souness labels part of Gareth Bale's career as "a joke" in harsh analysis
2 months ago
Karim Benzema says Cristiano Ronaldo still hasn't congratulated him on Ballon d'Or win
3 months ago
Iker Casillas says his account was 'hacked' after 'coming out' tweet
3 months ago
“I hope you respect me: I'm gay” – Casillas deletes 'coming out' tweet
4 months ago
Man City want to renegotiate Erling Haaland deal to cancel Real Madrid clause
Next Page