Paris Saint-Germain are already looking pretty much home and hosed in their attempts to win back the Ligue 1 title off AS Monaco.

A victory against Lyon on Sunday would have seen them stretch their lead to 12 points. In the end, however, they left Parc Olympique Lyonnais without a single point. 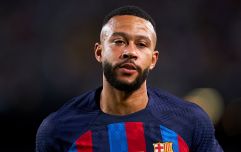 END_OF_DOCUMENT_TOKEN_TO_BE_REPLACED

Without the injured Neymar, PSG were behind after a couple of minutes to Nabil Fekir's goal. Layvin Kurzawa equalised before half-time and that's how it remained until deep into stoppage time.

With Dani Alves' being sent off with over half an hour still to play, it seemed the home side had missed their chance to take all three points.

The former Manchester United winger picked up the ball on the left in the final minute of added-on time, cut inside on to his right foot and let fly. The goalkeeper, perhaps seeing it late, didn't even move. He wouldn't have come close to stopping it, though, even if he had dived. 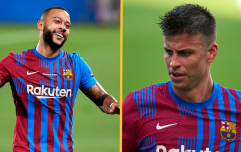 END_OF_DOCUMENT_TOKEN_TO_BE_REPLACED

Having arrived in Manchester after finishing top scorer in the Dutch league with PSV Eindhoven, he soon found himself struggling to start under Louis van Gaal. He was eventually allowed to move on a year ago by Jose Mourinho.

He has spent a large portion of this season on the bench, behind the excellent Houssem Aouar in the pecking order, but he most certainly staked his claim for a starting berth with this last-gasp thunderbastard.