Dejan Lovren has had enough of standing in the shade.

This man is sick and tired of being a scapegoat in England. He's stayed silent under the tanks of abuse being unloaded over his head and he's not physically able to hold his tongue for any longer.

For God's sake, this is a man who firmly believes that he's one of world's best defenders despite his credentials for that label being unsung by anybody apart from himself, but there comes a time when every hero has to sing their song.

Now was the perfect time for Dejan Lovren. 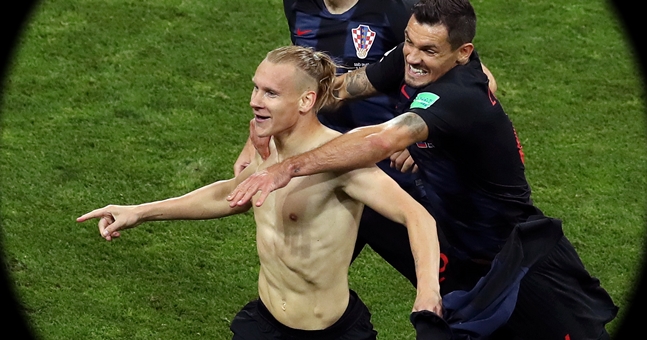 END_OF_DOCUMENT_TOKEN_TO_BE_REPLACED

After stifling Harry Kane and keeping England out of the World Cup final, the 29-year-old Croat felt it was nigh time to stick up for himself against the masses.

He's had it with getting pulled up on all the silly mistakes he's made in a Liverpool shirt over the last two years. This man was taking a stand.

He bit the bullet after the game. He said what needed to be said, what he can't believe hasn't been said before.

"From my point of view, people said I had a difficult season but I don't agree with that," he told BeIN Sports after the game.

"I took Liverpool to the final of the Champions League and now with my national team we are in the final. People should recognise that I am also one of the best defenders in the world and not just talk nonsense."

It's not what he said, it's more the confidence with which he says it.

Dejan Lovren to BeIN Sports tonight “people should recognise now that I am one of the best defenders in the world” pic.twitter.com/HP1VJmYYyh

END_OF_DOCUMENT_TOKEN_TO_BE_REPLACED

If you actually forget about all the times Lovren has played full games with Liverpool without waking up, fully dazed for ninety minutes, making mistakes left, right and centre, this is actually believable.


popular
"If I break my wrist, it's on f***ing both of you." - Koepka and Berger act the spoiled child
Shane Lowry delivers big time for Europe as he takes down US stars
"I told him the absolute truth" - Sergio Garcia on his Ryder Cup talk with Rory McIlroy
Simon Zebo gives Andy Farrell better answer than any interview could provide
Galway fans' frosty reception for Davy Fitz doesn't make any sense
Padraig Harrington's 12th hole reaction as McIlroy and Poulter roasted needs no words
Team USA stars so confident of victory, they start chugging beers at Ryder Cup
You may also like
1 week ago
Harvey Elliott donated Liverpool shirt and boot to young fan in hospital
1 week ago
Marcus Rashford sends message to Harvey Elliott after he is stretchered off
4 weeks ago
Cristiano Ronaldo will "struggle against Virgil Van Dijk" according to Graeme Souness
1 month ago
Liverpool condemn supporters' offensive chant directed at Billy Gilmour
1 month ago
20 BBC pundits provide their Premier League title predictions and there's only two teams in the running
6 days ago
Mauricio Pochettino responds to Lionel Messi snub during comeback victory
Next Page